FSB General: ''Babchenko is not the object for special services to settle scores with''

The message that famous Russian journalist and writer Arkady Babchenko was killed in the apartment building in Kiev appeared on 29 May evening. The news caused a great public outcry: functionaries rushed to tell about what had happened – from head of the Russian Ministry of Foreign Affairs Sergey Lavrov to Chairwoman of the Federation Council Valentina Matviyenko. Babchenko's former colleagues also joined the condolences – obituaries dedicated to him were published in almost every Russian newspaper. However, the next day, safe and sound Arkady Babchenko unexpectedly appeared at the Security Service of Ukraine's briefing where it was announced all that had happened was a part of a special operation as a result of which a Ukrainian citizen suspicious of attempted assassination, who was allegedly recruited by Russian special services. In an interview to Realnoe Vremya, reserve FSB General Aleksandr Mikhailov expressed his opinion about the ''resurrection'' of Arkady Babchenko.

''Mr Mikhailov, what did you think about the murder of Arkady Babchenko first? How did your opinion about the situation change after he appeared at the Security Service of Ukraine's briefing safe and sound?

As a government man, I had no emotion when I knew he was allegedly killed. I think all people who kept in touch with him once or saw his bad evolution had such a general feeling. But when I knew he miraculously ''resurrected'', I understood he was a consummate rascal. The person, in fact, has been in contact with the Security Service of Ukraine (SSU), which is a bandit organisation that's doing what it wants on the territory of Ukraine today. We even don't know if there was an attempt there, we don't know if somebody wanted to kill him. It's more likely that the SSU just needed to detain and arrest some people.

Do I understand correctly that you even don't suppose that our special services really wanted to get rid of him?

Who needs him? Let's start by saying that before holding such an event, one needs to carefully calculate political risks. In this case, Babchenko isn't a character who is worth risking not only the country's reputation but also the people who will carry out this operation. 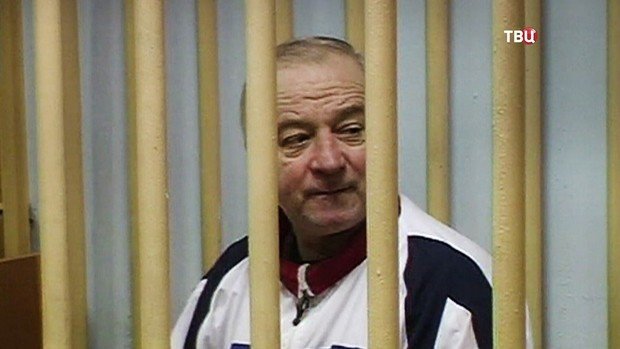 ''Skripal was 'poisoned', while Gordiyevsky and Suvorov are safe and sound and feel quite good. Though it's people who did a colossal harm to the country.'' Photo: tvc.ru

There couldn't be a Russian trace in this story from the beginning. The period when people tried to take a revenge on such scums this way left in the past. Special services stopped this practice a long time ago – we can't find any fact linked with physical elimination of enemies in the last 50 years.

Skripal was ''poisoned'', while Gordiyevsky and Suvorov are safe and sound and feel quite good. Though it's people who did a colossal harm to the country. Now Babchenko in Ukraine is in such a situation, and people who should have already been buried in grave a long time ago walk close – the same Banderist leaders of ardent Russophobes threatening to explode the Crimean Bridge. It's not the object for special services to settle scores with, you know.

What do you think of the special operation itself? Two-month work, preparation to find the killer and so on – does it seem to be the truth?

To put it frankly, it's a play. A circus with horses. Special services had enough foundation to arrest somebody without this staging. Moreover, as you know, a person is claimed accused without providing evidence in Ukraine now. All this staging comes from the evil. On the other hand, it's completely obvious that this all was done counting on an external effect than the fulfilment of some operational tasks.

Nevertheless, it's said a citizen of Ukraine recruited precisely by Russian special services prepared the assassination. What's the threat of this situation to Russia from a political perspective?

These Ukrainian political characters with dim consciousness are claiming now that Russia tried to destabilise the situation in Ukraine by killing Babchenko. They even don't think of what they are saying. What a country is it that can destabilise by getting rid of an unnecessary journalist, moreover, with Russian citizenship? Should all Ukraine have been in an uproar and exalted the country's officials? It's absolute nonsense. ''It's completely obvious that this all was done counting on an external effect than the fulfilment of some operational tasks.'' Photo: facebook.com/mixailotkach

Sometimes, the motivation given by politicians looks quite funny. Or Ukraine, as Poroshenko states, is a great country, or it's an ear on clay legs that can fall when touching with a little finger. This situation doesn't cause anything but irony and some vexation how the big country has degenerated.

It seems to me that everything that was performed and directed will be remembered in the annals of the history, especially special services, as a completely wild caricature element of the first quarter of the 21 st century. I think Ukrainian politicians will try to forget this topic as soon as possible now – their special services have received a too strong blow on their reputation because of this operation.

The authors of @Nezygar political Telegram channel have expressed a curious presupposition that the situation with Babchenko is an element of a prepared notorious sue (linked with the case of Nadezhda Savchenko and Kirill Vyshinsky) against Russia, which can be sold to the ''Western public opinion in exchange for peace enforcement''. What do you think of such a version?

We perfectly see what's going on in Ukraine: the Boeing was downed – Russia is guilty, Donbass cities started to be shot – Russia is guilty. I would also like to note that Donetsk guys are called separatists and terrorists. But has there ever been a terrorist attack on the territory of Ukraine linked with precisely Donetsk? There hasn't. Consequently, everything they are doing in Donetsk is genocide against Donbass. Our Donetsk guys even don't cross the line between the inimical sides. If they gave such a task, they would already be in some district in Kiev. All these yells that ''ours are beaten'' have already been present in the rhetoric of Ukrainian politicians for a long time. And the more the outrage they commit themselves, the more they scream somebody offends them.

We got used to it a long time ago. Moreover, not only we're fed up with it but also the West that looks at all these things with disappointment because serious money was invested in Ukraine. But it resulted in nothing but robbery. What are the consequences for us? We will handle it, while they've landed a serious blow on themselves.