May Decrees 2.0: at what costs regions and the state will carry out Putin's orders

Will Russia become one of the largest economies? Will it be possible to defeat poverty and improve the lives of pensioners?

On May 7, Vladimir Putin took office as President of the Russian Federation and signed a new ''May decree'' — the document that defines key tasks for the period 2018-2024. Over this time, Russia is to become one of the largest economies in the world and to solve demographic problems. In addition, it is necessary to reduce the level of poverty twofold, to ensure accelerated growth of pensions and stable increase in real incomes. Realnoe Vremya tells how things are going today and what are the chances of achieving the goals.

Vladimir Putin signed the executive order ''On national goals and strategic objectives for the development of the Russian Federation until 2024'' immediately after the inauguration at the Grand Kremlin Palace. It is his second ''May decree'' – programme documents, which define the indicators that are planned to achieve within six years of the powers of the president and the government. The first such package of documents was signed 6 years ago, on 7 May 2012, and contained more than 10 decrees (on long-term economic policy, demographic and social policy, improvement of public administration, military service, etc.).

The implementation of the executive orders was going unsmoothly, and some orders remained unfulfilled. Thus, according to the decree on long-term economic policy, Russia was to take the 20th place in the World Bank's ranking on the terms of doing business (Doing Business) by 2018. Now Russia takes the 35th place in the ranking. The demographic decree assumed that by 2018 the life expectancy in the country was to reach 74 years — in 2017 it was 72,7 years; the total fertility rate was to increase to 1,753 children per woman, but it amounted to 1,621.

The effect of the decrees turned out to be also ambiguous. For example, the necessity to raise the salaries of public sector employees seriously increased the burden on the budgets of the regions and in some cases led to a critical increase in their public debt.

Late in the evening on 6 May, at the meeting with members of the outgoing government, Putin acknowledged that ''there were difficulties'' with the implementation of the decrees and not all indicators were achieved ''accurately to the decimal point''. ''But again, there are tangible results, dynamics and changes. The strategic vector of development has been set correctly,'' he said. The new ''May decree'' was signed ''in order to implement a breakthrough scientific, technological and socio-economic development of the Russian Federation, increase the population, improve the living standards of the citizens, create comfortable conditions for their living, as well as conditions and opportunities for self-realization and unlocking the talent of each person.''

The decree contains a list of instructions to the government and the next targets, which are to be reached by the end of the new six-year plan. Putin had announced some of the tasks included in the decrees before the inauguration (for example, during the March message to the parliament) — and many of them look very ambitious. Realnoe Vremya asked experts to comment on certain provisions of the new instructions of the president.

Russia is one of the largest economies

Fact: according to the World Bank, Russia is ranked the 12th in the world in terms of nominal GDP. The fifth place claimed by Putin is taken by (as of 2016) the United Kingdom. With it, Russia shares a more than two-fold gap, or $1,36 trillion in monetary terms. According to the International Monetary Fund (IMF), Russia ranked the 11th among the world's economies last year. However, little changes from it — to get to the fifth place, Russia's GDP should almost increase twofold. 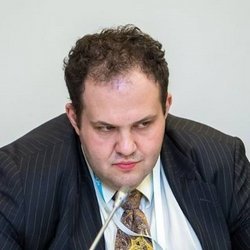 ''GDP doubles only in exceptional cases. For example, after a big war: after a complete economic disaster happens, a 30% growth a year is sometimes possible. We have a different case. [Under normal circumstances] even the most record-breaking economic growth stories (without manipulation of statistics) — it is somewhere 10-12% a year — more is impossible physically. It is, for example, the Golden Age in Japan, the era of Asian Tigers.

What is realistic for us? It is realistic if we count GDP by purchasing power parity because then we need to grow less. To get from the sixth place on the fifth is not so difficult. This will require growth, according to my estimates, of 4,5% per year. That is a lot, but from 2000 to 2008 Russia was growing more.

It is possible to count GDP per capita. Given the fact that our demography is not very good, then [by this indicator] it can grow by 4% per year, this is the global average. It takes effort, but it won't be a miracle. And then [it all depends on] what the price of raw materials will be, whether it will be possible to launch high-tech industries, etc.''

Fact: for many years in a row in Russia there has been a natural decline in the population (in other words, the number of deaths exceeds the number of births); natural increase was recorded only in 2013-2015. In total, from 2000 to 2017 including, the decline amounted to 7,5 million people. But due to migration, the total population remained almost unchanged; as of 1 January 2018, it amounted to 146,9 million people.

Rosstat has three long-term scenarios for demography development, and two of them suggest that even with migration the absolute population of the country will decrease. In the negative scenario in 2018-2035, Russia will lose 10,07 million people, in the neutral – 982,000 people. According to the positive forecast, the absolute population will increase by 10,12 million people.

As for life expectancy, it is growing every year, and this is a global trend. Thus, life expectancy in Russia has increased by more than 7 years since 2000. In 2017, it was 72,7 years. 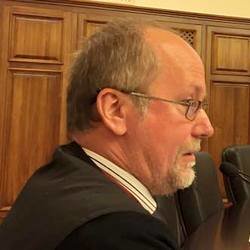 Andrey Korotayev, Head of Laboratory for Monitoring the Risks of Socio-Political Destabilization at HSE, comments:

''[The increase in life expectancy to 78 years] is possible in principle, but it is extremely difficult. It can happen only under the most favourable scenario and all the reserves are used. According to our estimates, such an ambitious goal cannot be realized without an increase of costs on healthcare [in GDP] about twofold, to the level of Western Europe. It is the main thing, in my opinion.

Population growth appears to be more or less real. But it also requires strong incentive measures to raise the birth rate. Main cream of reduction of mortality has been already skimmed off, the reserves in this plan are nearly exhausted. Measures to stimulate the birth rate are quite expensive. The main thing that I do not see yet is the willingness to increase spending on health care.'' ''It [the results of the fight against poverty] will depend on the growth of wages. Also, of course, it is necessary to improve social support — what will make assistance more targeted, aimed at those who have incomes below the subsistence minimum.

The payments to the poor are now quite low, and if the funds are redistributed, they can be increased. If the amount of the benefit is 300 rubles, of course, it has little effect on the level of poverty. Next — measures that relate to employment, the labour market. Creating high-tech jobs with high wages [can contribute to poverty reduction]. About pensions. If their growth was more rapid, it would also make a contribution because today almost half of the households employ a pensioner.''

Growth of real incomes and pensions

Pensions are usually indexed, sometimes their growth is ahead of inflation. So it was this year — from January 1, pensions of non-working pensioners increased by 3,7%. But there are exceptions. For example, in 2016 the government refused the second indexation of pensions — instead, pensioners were provided with a lump sum payment of 5,000 rubles. This allowed the government to save money but caused discontent among pensioners. 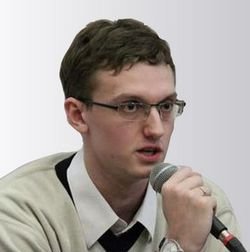 Vladimir Nazarov, D eputy Director of the Institute of Social Analysis and Forecasts at Ranepa, comments:

''No, raising pensions ahead of inflation [in the current conditions] is impossible. This requires a much higher rate of economic growth than it currently is (for example, more than 3% per year). Therefore, without raising the retirement age, the implementation of this decree is unlikely. An increase in the retirement age would be sufficient to ensure an increase in pensions in real terms, while maintaining the current level of [budgetary] transfers [to the Pension Fund].'' ''I don't think [real income growth] is a big problem. We have a demographic limitation in the economy: the economy is functioning in conditions of shortage of labour resources. This situation suggests that, with any economic growth, companies will compete for workers [by raising wages]. Therefore, I do not think that any special efforts are required to increase real incomes or salaries — the demographic situation itself contributes to this.''