In kind: what will come after expulsion of diplomats and closure of US Consulate General?

A new round of diplomatic confrontation between Russia and the West: Moscow has demanded to expel diplomats of 23 states and to close the US Consulate General of the Russian Federation in St. Petersburg, one of the largest in Russia. Such measure was tit-for-tat response to the expulsion of Russian diplomats and the closure of the Russian Consulate General in Seattle. Realnoe Vremya experts note that Russia has had to take such a step, but further escalation of the conflict will be unprofitable for all parties. Read more in our material.

On Thursday evening, Russian Foreign Minister Sergey Lavrov announced response measures over the Skripal case, in connection with which a number of states started to expulse Russian diplomats. Among other things, 60 American diplomats will be expelled from Russia and the US Consulate General in St. Petersburg has been closed. The Russian foreign minister also said that Ambassador Jon Huntsman ''was demanded to clarify his public statements about a possibility of seizure of Russian state assets in the United States''.

The diplomats must leave the territory of Russia by April 5. The Consulate General was closed even earlier — on March 31. On March 30, the foreign ministry published the message for the media that Russia declared the corresponding number of employees of diplomatic missions of Australia, Albania, Germany, Denmark, Ireland, Ireland, Spain, Italy, Canada, Latvia, Lithuania, Macedonia, Moldova, the Netherlands, Norway, Poland, Romania, Ukraine, Finland, France, Croatia, the Czech Republic, Sweden, Estonia 'persona non grata' in the Russian Federation. Also, it added that Russia reserved the right to respond to Belgium, Georgia, Hungary and Montenegro.

Let us remind about the decision to expel Russian diplomats to the United States, Canada, Ukraine and some countries of the European Union (a total of 34 states) announced on Monday, March 26. Prior to that, on March 14, the UK expelled 23 employees of the Russian Embassy. Thus London reacted to the incident in British Salisbury, where ex-employee of the GRU Sergey Skripal and his daughter Yulia were poisoned on March 4. Almost all EU countries except Austria, Cyprus and Greece announced the expulsion of diplomats or withdrawal of ambassadors from Moscow for consultations. Sergey Lavrov announced tit-for-tat measures over Skripal case, in connection with which a number of countries began to expel Russian diplomats


Moscow has repeatedly stated that it was not involved in the poisoning and accused Britain that Russian representatives were not allowed to participate in the investigation of the incident. ''We will not just react reactively to what the Anglo-Saxon link is doing towards us, forcing everyone to follow the anti-Russian policy. We want to establish the truth,'' Lavrov stressed.

The largest number of Russian diplomats, 60 people, were expelled from the United States. They also included 12 employees of permanent mission of the Russian Federation to the UN. The Consulate General of Russia in Seattle, US, suspended its work on March 30.

US Ambassador to Russia Jon Huntsman explained the closure of the Consulate General by a large number of Russian intelligence officers working in the United States, including in diplomatic bodies. Jon Huntsman said the expulsion of Russian diplomats from the U.S. makes the U.S. 'a safer place by limiting the ability of Russia to spy on Americans and conduct covert activities that threaten America's national security.' Jon Huntsman explained the closure of Russian Consulate General in Seattle by a large number of Russian intelligence officers working in the United States, including in diplomatic bodies. Photo: Maksim Platonov


In parallel with the internal discussion, the Russian Embassy in the United States launched a Twitter vote on what Consulate General should be closed. 47% of respondents supported the closure of the representative office in St. Petersburg, according to the results of a survey published on Twitter by the Russian diplomatic mission in Washington. At the same time, 35% of the survey participants voted to close the Consulate General in Yekaterinburg, another 18% — in Vladivostok. In total, 57,500 respondents took part in the survey.

At the same time, the closure of the Consulate General will exacerbate the already difficult situation with the issuance of US visas to Russian citizens. Over the past year the St. Petersburg office issued 31,588 non-immigrant visas (in Moscow — 137,273, Yekaterinburg — 15,649, Vladivostok — 8,022). As Kommersant reports, as of Thursday evening, the waiting period for an interview at the US consulates in St. Petersburg and Moscow for ordinary citizens was 250 days. Member of the Council of Federation from Tatarstan Oleg Morozov stressed that Russia was forced to give a symmetrical response to the expulsion of its diplomats.

''The tit-for-tat expulsion of diplomats and the closure of the Consulate in St. Petersburg in this situation looks like a routine procedure. Punch for punch! So it is accepted, and in the background of total pressure it is impossible to act otherwise, no response means to admit the guilt. The more important question is whether it will be limited to a diplomatic war, or coordinated economic sanctions will begin. In my opinion, most of Europe is not ready for this. It is unlikely they want to pay for the political ambitions of Washington and London from their own pocket,'' he told Realnoe Vremya. Boris Kagarlitsky, the director of the Institute of Globalization Studies and Social Movements (Moscow), Candidate of Political Sciences, did not rule out that the next step in the diplomatic conflict could be a boycott by the countries of the West of 2018 FIFA World Cup. Let us recall that three countries, the UK, Poland and Iceland, have already announced that they will not send their officials to 2018 World Cup in Russia.

''In this case both parties, so to say, 'have got absorbed in playing'. The thing is that most likely there will be no further consequences, simply because where else? Then you have to break off diplomatic relations, even further — to declare a war. Both options are excluded now, and diplomatic confrontation is at its peak. Another question is what will be with the World Cup, it is a big problem. The next step from the West — a boycott of the championship, which is quite possible. Although there is a very serious problem, because in this case, not only Russia bears financial losses. And I think that now both sides are perplexed about even their own actions: on the one hand, the logic of confrontation requires further action, on the other hand, each step is becoming more expensive and less strategically comprehended.'' 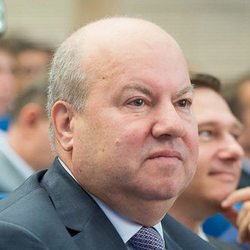 Vasily Likhachev, the vice president of the Russian Association of International Law and member of the Central Election Commission, stressed that Russia is acting in full compliance with the international law.

''First, this situation indicates the competence and professionalism of the Russian foreign ministry headed by Sergey Lavrov. Second, the decisions fully correspond to the logic of what is happening, and the logic is that Russia is not the initiator of this kind of destructive steps. Our concrete actions are fully based on the norms and principles of the international law: the UN Charter, the Vienna Convention on Diplomatic Relations, the Vienna Convention on Consular Relations.''

However, Likhachev suggested that in the future the parties of the conflict may attempt to establish the affected relations.

''Even taking such difficult decisions, Russia always thinks about the consequences that these steps cause. And I am absolutely sure that if there is a change in the situation, there will be positive behaviour, for example, the US, other countries, the Russian Federation will go for positive changes, restoration of status quo.

These steps cause the consumption of positive energy from the states. [..] This energy should be directed at resolving the issues and problems that are on the agenda: the fight against terrorism, against proliferation of nuclear weapons, peaceful exploration of outer space, and ensuring human rights and freedoms. I have a feeling that in an effort to ensure the domination of the American and pro-American concern of states, international law and order are exposed to very serious threats. And Russian diplomacy has to deal with very serious problems of preserving and restoring the reputation of the international law.

I do not exclude that at the next session of the UN General Assembly in September this year Russian diplomacy may prepare and put on the agenda issues related to the normalization of relations between the states on the basis of international law.'' Ilya Graschenkov, the head of the Centre for Regional Policy Development, also spoke on Russian tit-for-tat measures against the United States.

''Yet Russia continues to 'mirror' the Americans and even with a bonus – closes the Consulate in St. Petersburg. Comrades, but it is again 'bombing Omsk' because the only meaning of the Consulate – to service Russians receiving visas and certificates. I.e. the Consul – it's such a useful person who was making the life of the citizens of St. Petersburg easier, and now they will have to go for visa to Moscow. Therefore, I simply don't understand these 'mirror measures'. Expelling of diplomats — at least a gesture, albeit not artistic, but the closure of the Consulate – it's like to close a passport office,'' said Grashchenkov on his page on Facebook.