Almost all news flow on 27 March was concentrated on the consequences of the tragedy in Kemerovo. While a crowd of thousands demanded the authorities to resign and its separate participants heard the vice-governor's accusations of PR out, the head of Kemerovo Oblast finally apologised for what had happened. But not in front of the vengeful crowd but in front of President of Russia Vladimir Putin. Residents of the region, in turn, have finally heard only the label 'brawlers'. Realnoe Vremya tells the details with political experts' forecasts about further development of the situation.

The morning in Kemerovo started with a spontaneous demonstration of thousands of locals who demanded to investigate the causes of the fire in Winter Cherry Trade and Leisure Centre, resignation of the regional government together with Governor of Kemerovo Oblast Aman Tuleyev. In brief, the people's demands came to two slogans: ''Truth!'' and ''Away!'' Vice-Governor of Kuzbass Sergey Tsivilyov and First Deputy Governor Vladimir Chernov appeared to reply in front of the deads' relatives, the victims and people simply interested in the misfortune.

People who gathered there spoke about what concerned them into the microphone and ''talked'' with Tsivilyov. So the vice-governor who was expected to occupy the post of the governor of Kemerovo Oblast tried to take the microphone away from a man with a broken heart by accompanying his actions with a question: ''Young man, do you want to hype on the grief?'' Here it became known that young man Igor Vostrikov's sister, wife and three little kids – aged seven, five and two – died in the fire. Later Tsivilyov apologised to the people.

''I apologise once again to those who are in this complicated situation. And I kneel in front of these people,'' the vice-governor addressed the people and really kneeled. The crowd immediately shouted: ''Shame!'' and ''No Need!'', but at the end, some part of people welcomed Tsivilyov's actions with applause. Vice-Governor of Kuzbass Sergey Tsivilyov appeared to reply in front of the dead's relatives, the victims and people simply interested in the misfortune. Photo: Aleksandra Kryazheva (sputniknews.kz)

People in the demonstration from time to time asked to announce real data on the dead – on 26 March, information that about 300-400 people died in the fire and authorities diligently hid it started to spread in social networks. In answer to it, Sergey Tsivilyov told that relatives said 64 people were missing. Earlier the Investigative Committee denied the information about hundreds of victims. During the demonstration, the very residents made a list which all people could include the names of missing relatives and acquaintances in.

Mayor of Kemerovo Ilya Seredyuk, in turn, gathered ambitious residents who were ready to go through local morgues and go to the fire scene to personally make sure that the information about hundreds of dead people didn't correspond to reality.

In the end, the media claimed Ukrainian phone prank Evgeny Volnov was responsible for distributing the fake information who had posted a recording of the call to Kemerovo's morgue on behalf of an emergency ministry employee on his YouTube channel. It's heard in the recording how he asks how many seats left in the morgue and was indignant that, actually, 300 people died in the fire. According to newspapers, he not only played the ''trick'' but also sent unfamiliar people to collect the flowers and toys the mourners had left on behalf of the presidential administration. Aman Tuleyev hasn't appeared in front of the residents but was present at the meeting with President of Russia Vladimir Putin. Photo: kremlin.ru

Accusations instead of apologies

Very Governor of the region Aman Tuleyev hasn't appeared in front of the residents but was present at the meeting with President of Russia Vladimir Putin who landed in Kemerovo on 27 March morning. Laying flowers to the memorial to the dead in the fire near the shopping centre, the president visited a hospital with victims and gathered Minister of Emergency Vladimir Puchkov, Minister of Health Veronika Skvortsova, Chairman of the Investigative Committee Aleksandr Bastrykin, Plenipotentiary Ambassador of Russia to Siberian Federal District Sergey Menyailo and very Aman Tuleyev.

At the meeting, the governor apologised for the first time for what had happened. But not to the people but the president.

''Mr Putin, you personally called me. Many thanks again. I personally apologise for what had happened on our territory. But when I reported you, I said 27 people were missing. Then it started to snowball,'' Tuleyev addressed the president of the country.

We need to notice that the word ''brawlers'' was deleted in the version of the transcript that was published on the site of the government – it is how the governor characterised the mourners who were in the demonstration.

''There are about 200 people there today. It's not relatives of the dead, it's those who brawl,'' it's how Tuleyev explained the president the people's discontent by announcing them oppositional force.

By the way, meanwhile, residents were demanding to meet with Vladimir Putin in person in the Freedom Square.

Putin met with citizens in the building of the forensic laboratory, and here he had not the easiest talk with residents of Kemerovo. Citizens demanded the resignation of Governor Tuleyev and thanked for support.

Meanwhile, mourning for the dead in the fire started to be both officially and inofficially declared in other cities across Russia. Later Vladimir Putin signed an official decree declaring 28 March all-Russian mourning day.

Russians also have begun to hold spontaneous memorial services since 26 March. According to Meduza, the school in Beslan, at which 186 kids died in 2004, wrote ''Kemerovo. We Grieve'' the next day after the fire. Memorial services also appeared in other Russian cities and abroad on 27 March. People brought flowers and toys in Magadan, Moscow, Saint Petersburg, Khabarovsk, Ekaterinburg, Belogorsk, Yakutsk, Irkutsk, Kursk… the list is constantly updated. Kazan paid tribute to the memory of the dead near the fountain in Lenin Garden and in the city centre, near Trust sculpture consisting of the figures of a girl, boy and dog. Two pieces of paper were placed there. One of them says: ''Kids, forgive us!'', the other: ''Kemerovo, we're with you!''

Sympathising people bring flowers to Russian embassies and consulates abroad. Prague, Erevan, Odessa, Tel Aviv and other are among them.

Channel One employees ran a solidarity campaign and shot a video with a poster #Kemerovowearewithyou.

''Tsivilyov has thrown himself onto a pillbox today. But he didn't hit the pillbox''

Realnoe Vremya asked political experts to assess the current situation in the region and forecast further development of events. Director of Political Expert Group Konstantin Kalachev thinks the existing system of the power vertical under Tuleyev ''turned out to be rotten inside''. 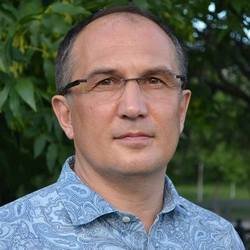 ''Everything looked firm, power was like a monolith. And when the tragedy took place, it turned out nobody wanted and knew how to claim responsibility. In fact, Tuleyev has frankly stayed for too long. The person who was an activist, who met with miners without fear of anything, who argued with ministers, is ingratiating with the president and clinging to power as if it was an oxygen pillow,'' thinks the political expert.


Vice-Governor of Kuzbass Sergey Tsivilyov has been repeatedly called to be one of the main candidates to substitute Aman Tuleyev. Konstantin Kalachev notices that today he has ''buried'' himself as a public politician during the demonstration.

''Director General of Kolmar Trivilyov was supposed to substitute Tuleyev. This is why he has thrown himself onto a pillbox today. But he didn't hit the pillbox. Figuratively speaking, even standing on the knees with a candle won't probably cross out the fact that he didn't learn to speak the same language with the people. And, in fact, he wasn't welcomed with affection,'' says the expert.

He says Tsivilyov's accusation that Igor Vostrikov hyped is a serious mistake.

''It's a serious mistake. In general, if he had handled today's situation, he would have been the next governor. Now it's not so clear,'' supposes Kalachev. In the political expert's opinion, the mayor of Kemerovo also expects resignation after the tragedy.

Director of the Regional Politics Development Centre Ilya Graschenkov also forecasts Ilya Serdyuk's departure. But he adds that the mayor of Kemerovo is the only functionary who speaks the same language with the residents. However, the population's loyalty may not save him from the departure, the newspaper's interlocutor supposes.

From the expert's point of view, the story of Tuleyev's resignation was solved but has been lasting for too long because the current governor promoted his heir, while Moscow – did its own one. Now, after the tragedy, when the fact that Tuleyev doesn't fulfil his obligations became obvious, the political expert believes a new governor will be appointed in several months only – to show the decision was made under public pressure.

The newspaper's interlocutor forecasts the governor will change in May. In turn, he calls Tsivilyov a technocratic figure who won't put down roots in these circumstances. In his opinion, the people who don't trust power need a ruler who knows how to speak the same language with people. ''In my opinion, the appointment of Mayor of Nizhny Tagil Nosov is the best option. He suits Kuzbass more because Nosov is a ''political rhino'', he always chooses his own tactics and acts with determination. I think now Nosov would be the best candidacy because during the colossal distrust of citizens in executive power, the figure of technocrat will develop this distrust. A person who knows how to speak the same language with people and does it convincingly is needed,'' thinks Ilya Graschenkov.

Meanwhile, the expert notices that another person who knows how to endear people to himself can be instead of Nosov. Going back to Tsivilyov, the political expert also remembers the accusation of hype made to the man with a broken heart means the functionary destroyed his career with this phrase.

''If he is appointed, the situation is similar to Volokolamsk where an anti-popular head was appointed to execute the mayor's obligations who had been known for something similar. And here it's an appointment of a person who will become for people a symbol of functionary's indifference to tragedies,'' thinks the speaker.

In general, Ilya Graschenkov sees the development of events in Kemerovo Oblast as follows: municipal functionaries and representatives of the local Fire Safety Supervising Agency will be eliminated first, the governor will be in the second heat, and the federal Ministry of Emergency will probably be in the third one.