Kristians Rozenvalds: ''It becomes harder and harder for Putin to manage the process''

The European Badminton Championships has recently been held in Kazan. Just like two years ago, the championship was visited by General Secretary of the Latvian Badminton Federation Kristians Rozenvalds. The guest from the Baltic State is not just a sports functionary, but also a well-known political scientist and publicist in Europe. During his visit in Tatarstan, he met with a correspondent of Realnoe Vremya. The interview with our journalist turned out to be very rich, so the online newspaper publishes the first half of the conversation with the political strategist. The expert told how Latvian children perceive Lenin, Putin and Russia, and his sympathy with the Russian president.

To start with, what brings you here to Kazan, with such ''support team''?

We have come here for the competitions, and taking the opportunity, I would like to show the children Kazan, Russia. Our way was laying through Moscow, to show the Moscow Kremlin. Our Latvian 14-15-year-old children, who were born in our century, do not speak Russian. In Moscow there is Lenin, but our children know nothing about him. Even if he is the president of Russia — for them it says nothing. ''Lenin'' for them is the unknown word. No connection and no emotion they have with Vladimir Ilyich. They were not pioneers, they were not Octobrists. ''Lenin'' — now it is five unknowns letters for them.

Turning from badminton to politics and back, I would say this: there are two positions. On the one hand, I see how our children are very sociable, their Russian peers-badminton players are their biggest friends. And [Georgy] Karpov in the European championship — an example to follow for them. On the other hand, when we are in Moscow near the Kremlin and we tell that Putin lives and works behind this wall, we can see how the faces of children change, as if it is something terrible. There is a flavour of big politics. When you hear every day about ''Putin's regime'', ''Kremlin's policy'', ''Putin's vertical'' or ''Putin's oligarchy'', it is clear that a certain attitude is already being formed. They (Latvian children — editor's note) do not know about Lenin, but Putin as if threatens us. But at the same time, we tell our children: ''Let's look at the Kremlin. Let's see where Luzhniki — the main stadium of the World Cup. Let's see where Spartak plays. There are so many attractions in Russia. Besides great big Putin the country has a lot of things that children are really attracted to. 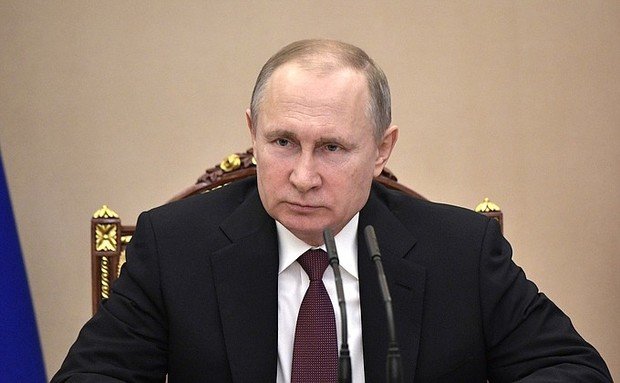 ''Any regime, any system requires a constant tension. If you relax a little and let it run its course, someone might think it's cool. But it will be good if it goes on the right track.'' Photo: kremlin.ru

By the way, about Putin. Two years ago, in our interview, you even admired how the ''strong'' president of Russia ''holds 75 percent of the population'' on his wavelength. Has your attitude towards the Russian leader changed over the past period?

It has not. No one disputed his ''strength'' either then, or now. But there are still some changes: it is becoming harder and harder for him to manage the process. Any regime, any system requires a constant tension. If you relax a little and let it run its course, someone might think it's cool. But it will be good if only it goes on the right track. But this flow eventually ceases to move and it should be directed somehow. Amid such conditions, Putin should tense his muscles all the time and not relax in any case. This spring should always be stretched, which requires a lot of effort, but one should not overstrain not to break it. When you make a press for the first time — it seems to be easy, but it is a different matter — to be in this state for three hours straight, without going anywhere.

Are you saying there's already an overstrain?

He has to manoeuvre. On the one hand, he is forced to feed with new ideas, which is not so easy. We met with you two years after the Olympic Games in Sochi. There was a time when people could be easily cheered up: there were victories, Sochi, sports spirit. The next step, which is also present today, is the World Cup. But you can't serve it with one and the same sauce every time, you have to invent something new, look for common enemies. But they, on the other side of the barricade, also understand that the search for a common enemy is a very dangerous path. I do not justify anyone, but there is no other way, in my opinion. How is Europe different? Yes, we have no such regime. But why is the society so violently involved in the confrontation with Russia? Why do we so easily agree on sanctions? Because we also are not able to solve our problems. Addressing these issues requires a more sober look. But we have fallen out of this habit. It is impossible to rely on a society that would understand. It's like we're relaxed. Well, we stand in line, walk the line. How does the year 1991 differ from the current year? In 1991, it was the intelligentsia who gathered and decided how we would build a new country after the collapse of the Soviet Union. I think that it was the same in Tatarstan and other places. But now neither we, nor you have this.

And it has become even boring…

There is a certain fatigue. People always look for a shorter and easier way. When the question arises what car to buy, people choose the one that majority buys. If you don't want to get attached to this majority, you look at what they buy. We buy a smartphone produced by Apple or non-Apple. When you don't buy Apple, you choose Samsung, LG or something else. You won't be the only one in the village who buys something different. Because you don't want to make a decision. You stay in tune with the line you want to go in. It seems to us we want to be democratic. But it is not. We want to be like everyone else. And we buy a Volkswagen, an Apple or Samsung phone, an LG or Samsung TV. And big brands can also benefit from this. As for the choice of other solutions — it is the same. Is Putin good or bad? Am I really going to rack my brain over this every night?

It is like with the Malaysian Boeing (an aircraft crash in Donetsk region in July 2014 — editor's note): who downed this aircraft? Here people believe that the Americans, in America they think that Ukrainians, and others — that Russians. There is no one common global opinion. And nothing changes, everyone marches in their ranks. 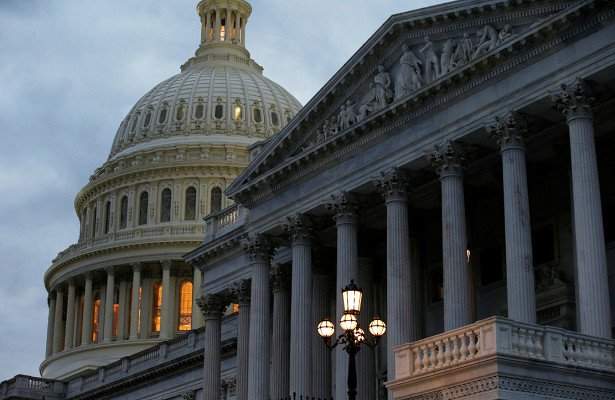 ''I think that the European part is also looking for some justification. They are not willing to create a foreign enemy, but they are very glad that it has been created accidentally by itself.'' Photo: rueconomics.ru

Washington has announced the 'Kremlin list'. Is it some kind of formality or an informal declaration of war?

If I wanted to fight against the Kremlin's elite, I would fight harder, faster, more precise. I think that the European part is also looking for some justification. They are not willing to create a foreign enemy, but they are very glad that it has been created accidentally by itself. Well, yes, we do have problems, the industry doesn't work. Why? Because business with Russia does not work out. We make a sacrifice ourselves — and everyone is happy. This is not a declaration of war, it is a format of advancing the unresolved issue. The European elite also has to make decisions. We have refugees that we do not need. At the same time, there is a surplus of pensioners whom we have to support. How are we supposed to act? To tell the elderly they won't have pensions and to get a social explosion? Or we should somehow look for formats how to get away from it. And one of the formats is to play for time. And it can be played just like this.