Without the right to choose: citizens of Kazan are doomed to pay for heating twice more

The Executive Committee of Kazan upgrades the city’s heating scheme

Kazan is upgrading the heating scheme first in 3 years. Public hearings that took place on 5 February gathered participants of the capital's heat market in the building of the Housing and Utilities Committee. However, the heating scheme that was offered at the meeting absolutely clearly reflected interests of only one side – the monopolist of the republic's heating industry. It's curious that the final draft of the scheme for many people who came was a surprise: the developers published a completely different scheme on the Executive Committee's page that was open for inspection and discussion. Realnoe Vremya's reporter observed how the main regulation in Kazan's heat power engineering changed.

Heat supply structure not to change until 2033

One of the important events in the city's life happened completely imperceptible for Kazan. On 5 February, the Housing and Utilities Committee presented a new draft of the Kazan heating scheme for public discussion. It is almost the main regulation that specifies relations between the main players of the energy industry. The public hearings gathered all interested sides and several citizens who were obviously interested in the fate of their future utility bills in the committee's building.

It should be noted that today's heating scheme of Kazan was adopted in 2015. It hadn't changed until now, even if the legislature presupposes an annual upgrade of the document. It was clear as early as 3 years ago that the heat load distribution plan between heat sources had drawbacks and needed correction. So the main burden of heat distribution to people and enterprises was on Tatenergo's sources, including powerful regional boilers, while the biggest and most effective Kazan power plant – Combined Heat and Power Plant 3 (CHPP-3) that belongs to TGC-16 – was underemployed. In addition, thermal energy tariffs of the Kazan CHPP-3 are lower by more than a third compared to Tatenergo's heating sources. The public hearings gathered all interested sides in the committee's building

Then the Kazan heating scheme was considered in the Russian Ministry of Energy, an expert evaluation was done. According to it, the experts who were invited by the ministry recommended Kazan to provide the greatest possible employment of the CHPP-3 and make corresponding amendments to the heating scheme. The analogous instruction was also reflected in the protocol of the meeting on the development of the Kazan CHPP-3, which took place under Tatarstan President Rustam Minnikhanov in late 2015. Right this enabled to restrain a rise in heating tariffs in Kazan. However, neither the Russian Ministry of Energy's recommendations nor decisions of the protocol approved by the Tatarstan president were carried out.

The incorrect document had been causing heated debates between the main players of the Kazan heating market for 3 years. Last year, the conflict reached its summit and brought the energy giants to the regional anti-monopoly committee. TGC-16 insisted that Tatenergo breached the law on protection of competition and approved heating scheme because it created obstacles in supplying cheap heat to the final consumer – Kazan's population.

This is why this time the new heating scheme, which will be in effect until 2033, is to consider interests of all players of the Kazan heating sector and, first of all, that of the capital's citizens. According to Chairman of the Housing and Utility Committee Iskander Giniyatullin, the heating scheme is compared to the city's plan general in terms of importance because it defines the industry's development vector.

''Search for both optimal pricing and technical solutions, minimisation of costs on the connection of new consumers are the main postulates of the scheme,'' Giniyatullin explained. 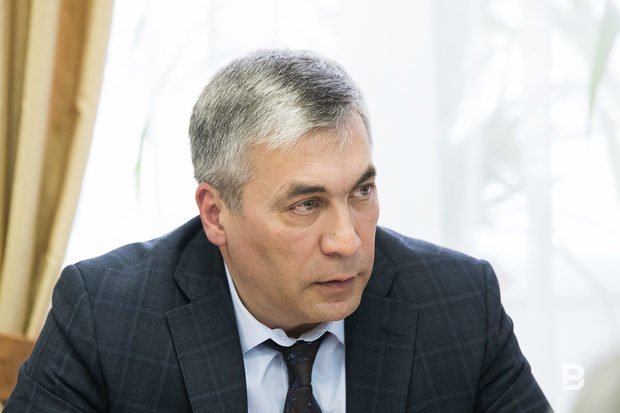 ''Search of both optimal pricing and technical solutions, minimisation of costs on connection of new consumers are the main postulates of the scheme,'' Giniyatullin explained

The Kazan executive committee was the customer of the new plan. The Kazan Power Engineering University was given the right to make the plan. Omitting narrow terms and complicated calculations, among possible options of development the performers offer to send the scheme in which the heat burden of the CHPP-3 remains at the level of 2016-2017 and doesn't change to the Russian energy ministry for approval. And this means Tatenergo will continue reducing heat purchase from the Kazan CHPP-3.

For instance, the purchases in 2017 totalled just 709,000 Gcal, which is 308,000 Gcal less than the purchases that were fixed by the energy ministry's approved heating scheme and also two times less than supplies in previous years. Meanwhile, according to TGC-16's representatives, heat energy volumes in the network of the centralised heating scheme of Kazan reduced every year. And it is a direct breach of not only the current heating scheme of the city but also the Federal Law No. 190-FW, which prioritises combined and more efficient generation or, more precisely, the cheapest.

The announced offer caused a rush of indignation in the hall. It turned out there was no foundation: the scheme that was demonstrated in the hearings was completely different from that was offered in the e-version and was published on the page of the executive committee for inspection during the last two weeks.

''Heating organisations got the final draft on the day of hearings at 9.00,'' told jurist of TGK-16 Marat Samgunov to Realnoe Vremya.

''If we just saw it before the meeting, citizens of Kazan know nothing about what is to be approved. This is why we think these hearings are illegitimate,'' Samgunov expressed his indignation. Such a behaviour of municipal authorities certainly questions the transparency of the whole election. Moreover, other big facilities of the Kazan heating market weren't given the right to vote. Particularly a representative of Kazanorgsintez PJSC tried to criticise the new scheme. One of the biggest heat and electricity consumers of Kazan complained that the sudden reduction of heat generation in the Kazan CHPP-3 already led to the situation when the tariff for the enterprise and consumers connected to its networks rose by more than 9% in hot water and steam in 2018. In addition, the KOS representative insisted that Kazanorgsintez and its consumers should be pointed out as separate heating structure, like Kazenergo networks, because the heating networks of the enterprise aren't connected with Tatenergo's heat networks, their temperature schedule and hydraulic regime are different from the municipal networks. However, the speaker's speech was interrupted.

''We can't give you the floor because you didn't register as participants,'' said the chairman of the Housing and Utilities Service Committee.

''It's a breach of our rights. The executive committee didn't request data on heat energy consumption of Kazanorgsintez from the Kazan CHPP-3, which probably led to negative tariff consequences for the enterprise,'' the representative of Kazanorgsintez claimed. But he couldn't go on.

Citizens of Kazan will pay for heating in flats

The position of TGC-16 in this issue is also categorical.

''Tatenergo insists on employment of its own sources, including very expensive heat generation from regional boilers, and artificially restricts the possibility to supply cheap heat energy from the CHPP-3 to the city,'' Deputy Director General of TGC-16 PJSC on Economy and Finance Dinara Gilmutdinova explained the complaints.

''TGC-16's tariff is much lower because we don't generate heat in boilers. It's expensive. Only the heat produced in the process of combined heat and electricity generation is supplied to consumers. It is the most effective and cheapest way of heat generation. We gave the city more than 1,5 million Gcal a year as early as 2013. Now Tatenergo's consumption is just 700,000 Gcal,'' Gilmutdinova specified, ''while the plant has a huge reserve – more than 6 million Gcal a year for combined heat distribution to consumers, like the legislature on heating requires and it's generally accepted around the world.'' ''Tatenergo insists on employment of its own sources, including very expensive heat generation from regional boilers, and artificially restricts the possibility to supply cheap heat energy from the CHPP 3 to the city''

Tatenergo agrees with the offered draft of the scheme.

''We don't have conceptual remarks,'' Tatenergo's representatives expressed their approval.

However, such a reaction doesn't cause a surprise. As almost a monopolist in the Kazan heating market, Tatenergo offers citizens to pay more than 1,630 rubles per Gcal for heating on average. At the same time, an average tariff for heating sold by the CHPP-3 in 2018 is just 709,32 rubles per Gcal with VAT. In addition, Tatenergo refuses to purchase cheap heat from the CHPP-3 and sells heat of its own CHPP and boilers to the residents where it is much more expensive. Although representatives of the energy community claim that the cheaper heat a heating organisation purchases, the lower the tariff in the heat sources is, as well as for the population. It means TGC-16's tariff can be reduced more by increasing heat purchase from the CHPP-3.

However, nobody hears these conclusions, and still the population that has to pay its money earned by the sweat of their brow for manipulations in the heat market suffers. The Housing and Utilities Committee promised to publish the protocol of public hearings on time, before 9 February. It means the final scheme will go to the Russian Ministry of Energy for approval. What will it look like? We can only guess. Realnoe Vremya stays tuned. We also offer Rector of the Kazan Power Engineering University Edvard Abdullazyanov to give his opinion on pages of our newspaper and explain to readers why the scheme's designer chose right this type of heating.