Russia's vast and complicated geography has been a real challenge for many generations of rulers. Abundant fossil resources weaken non-commodity sectors of the national economy, while the wide dispersion of these resources complicates logistics and leads to inefficiency. However, it seems that the government firmly decided to rebalance the economy and make it more self-sufficient.

Economic rebalancing efforts of the Russian government have met with mixed results so far, but as the process continues, the Russian economy will be significantly more self-sufficient than in previous decades, believes Stratfor. In 2009, the Kremlin issued ''Russia's National Security Strategy to 2020'' aimed at increasing food security, developing competitive domestic industries in pharmaceuticals, telecommunications, computer technologies, electronics and programming and reducing the importance of the raw materials export model. At the moment, many of these goals are already accomplished, especially in the sphere of agricultural self-sufficiency.

The intentions of the government are complicated by Russia's challenging geography as well as attempts of many predecessors. Over 60% of the country's territory is covered by permafrost. Most of the Russian rivers run north and south, so they can't help transport goods across the country. Copious metal, oil and gas reserves are costly to be extracted and transported due to their dispersion across a vast territory and location in inhospitable environments. Farming is often hindered by harsh winters and unpredictable weather.

However, the Russian food industry received an unexpected impetus in 2014 due to an oil price collapse and a crisis in the country's foreign policy. When European food import was forbidden by the Kremlin in response to Western sanctions, demand for domestically produced food grew significantly. Meanwhile, the weaker rubleincreased the competitiveness of Russian agricultural commodities, especially wheat, in international markets. The growing internal and external demand encouraged the Russian agricultural sector, so seven of the eight food security targets set by the government were hit. The dairy sector is still lagging behind, but given 800 extra dairy farms that are meant to be created by 2020, this goal will probably be accomplished too. 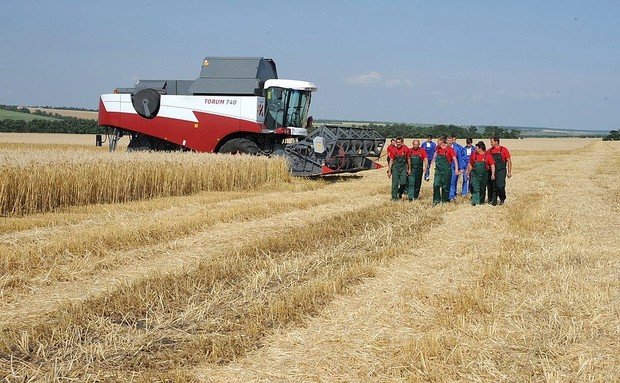 Wheat showed the best result of all agricultural products: the Black Sea region is now responsible for 23% of global wheat production. Optimal growing conditions in the North Caucasus along with easy transport access to the major wheat-importing markets of North Africa and the Middle East helped Russia become the world's largest wheat exporter by volume in 2017.

Non-food sectors have so far shown less impressive resultsbecause of pre-existing constraints. In the automotive sector, the average share of imports dropped by 22,5% in 2015, but the beneficiaries here could be not necessarily Russian brands but their joint ventures with foreign automakers. In pharmaceuticals and electrical equipment, imports share even increased in 2015 as the country does not have enough home-grown capabilities in these areas.

In order to fix the economy's successful shifts, the Kremlin introduced a new fiscal rule that breaks the direct link between oil price and the ruble's value. Under the rule, the income derived from any oil price above $40 per barrel will be used to either reduce a budget deficit or refill one of the country's reserve funds. Thus, the ruble will not rise with oil price, keeping the advantage that the weaker currency has given to Russia's agriculture sector. On the other hand, Russian consumers will possess less purchasing power and won't be able to afford themselves higher-quality goods. As a result, Russia's increased self-sufficiency will make the country poorer in the short term but also more independent and sustainable to sanctions pressures, concludes Stratfor.