German-Tatar alliance: a new energy source to appear in Nizhnekamsk

TAIF and Siemens will build a power plant for Nizhnekamskneftekhim

One of the biggest energy consumers in Zakamye — Nizhnekamskneftekhim PJSC – is developing its own generation. As it became known to Realnoe Vremya, TAIF PSC has taken the decision to start construction of own power station with Siemens turbines with a total capacity of 495 MW. The energy source will serve not only the current load of Nizhnekamskneftekhim but also will meet the needs of new productions of the enterprise that are being under development. The signing of the construction contract on turn-key basis has taken place in Munich.

Plus 495 MW of power to the power system of Russia

A significant for the energy sector of Tatarstan event took place yesterday in Munich — Nizhnekamskneftekhim PJSC and the German concern Siemens signed a contract for the construction of a new energy plant. Under the contract, Siemens will build the power source with the capacity of 495 MW. The project will be implemented on turnkey basis.

The power plant will be located on the territory of the Nizhnekamsk's industrial giant Nizhnekamskneftekhim and represent an energy unit consisting of three turbines (two gas and one steam). It will be a classic combined cycle. All the electricity of the station will be used for the needs of Nizhnekamskneftekhim. To this end, it will be reconstructed the scheme of external power supply of the enterprise, which will make it more reliable. All the electricity of the station will be used for the needs of Nizhnekamskneftekhim. To this end, it will be reconstructed the scheme of external power supply

The new station will meet not only the needs of existing production facilities of Nizhnekamskneftekhim, but also will serve the load of the newly constructed plants at the enterprise. Now the consumed electric capacity is about 370 MW. After the implementation of all planned investment projects the energy consumption of Nizhnekamskneftekhim will increase to 500 MW.

The second problem that the energy source aims to solve is environmental one. In the process of production at Nizhnekamskneftekhim there form a large number of products of associated petroleum gases processing that are by-products of basic technological processes. Previously, they were utilized in the torches or burned in furnaces at the productions of Nizhnekamskneftekhim. Now waste will be disposed in the combustion chambers of gas turbines, the process will be carried out according to environmental standards, meeting the stringent European and Russian requirements. Thus, the energy plant will make a significant contribution to improving the environment in Nizhnekamsk.

The practice of building of own energy sources has recently become a stable trend among consumers. In Tatarstan, the own generation have been created by Maysky Kombinat, KAMAZ, several sources have been introduced on the territory of SEZ Alabuga. In recent years in our republic alone by various consumers there have been introduced own generating capacity at the value of about 200 MW. In general nationwide, the capacity of generating facilities of consumers has already exceeded 7 GW.

In addition, according to experts, the overall efficiency and coefficient of utilization of installed capacities at consumers' power plants are significantly higher than at large energy companies. All this makes 'the consumers' power company' one of the largest and most efficient power companies in Russia. At the same time, its generating capacities are rapidly developing without any external support. In this respect, the project being implemented by Nizhnekamskneftekhim PJSC is fully consistent with the trends of recent years in the Russian energy sector.

The understanding of the beginning of the project implementation finally developed a year ago. At the that time it was also decided to announce the tender for construction. The auction was participated by the world's largest industrial companies. But the best conditions were offered by the German concern.

''We conceived the construction of own energy sources a long time ago. The first project when we tried our hand — it is GTU-75 at Nizhnekamskneftekhim PJSC. The energy center was launched in 2006 and since that time it has worked reliably. The next step was the introduction in June 2017 of the gas turbine unit at Kazan CHPP-3. And it confirms the correctness of our chosen course,'' director general of TAIF PSC Albert Shigabutdinov explained to Realnoe Vremya.

Let us remind that the power plant with the capacity of 405 MW, which has no analogues in Russia and is considered the second in the world, was launched at Kazan CCPP-3 in June of this year. As a result, the production of electricity at the plant has increased two and a half times. In addition, specific fuel consumption of the CCPP has decreased from 310 g/kWh to 254 g/kWh. The project was implemented on the basis of the energy company TGC-16, which now acts as the technical customer of the construction of the station for Nizhnekamskneftekhim. As a result, the production of electricity at the plant has increased two and a half times

According to Albert Shigabutdinov, for the first time about plans on development of own generation TAIF told at a meeting, which was chaired by Tatarstan President Rustam Minnikhanov at the end of 2015.

''We presented the development strategy of TAIF Group in the field of energy. That time we said that decided to take a course to build the own generating facilities to support own production and to contribute to the upgrading of energy of Russia and Tatarstan. It was conducted fairly large-scale work, which resulted in today's contract. We got a good price that satisfies both us and our partners,'' the head of TAIF stated. He also noted that the unit construction cost of the new energy source will be less than 700 euros per kW of installed capacity.

Besides, at the stage of contractual negotiations, TAIF Group managed to fix the cost of the energy plant's maintenance.

''It is important for us not just to understand what costs we will incur during the construction phase. We must manage its life cycle cost. Because the cost of the service of main equipment is a significant cost item. Now we understand how much it will cost a kilowatt-hour produced by the energy plant in the next 13 years,'' Albert Shigabutdinov said.

17% of the installed capacity of thermal power plants in Russia

Siemens operates in more than 200 countries and sees in Russia special prospects of presence. However, a special relationship is driven historically. In 1848, the founder of the German company Werner von Siemens built the first German telegraph line. A year later, Siemens went with its development to Russia, through which it passed the telegraph line from India to London. After some time, the German company had to face big problems, and then Russia came to help to the foreign partner, having made the order for telegraph machines. This order laid the foundation of the long history of relations between Russia and the German company. Today, Siemens is an infrastructure company, serving the entire chain of production in all priority sectors of the economy. Siemens is the largest provider of solutions for enterprises of fuel and energy complex of the country. Over 10 years alone Siemens automated control systems have been installed at more than 50 units with a total capacity of over 18 GW. Gas and steam turbines are used in 48 power plants in the country, providing 17% of the installed capacity of thermal power plants in Russia. The total capacity of the power plants where the company's equipment was introduced is 27,9 GW.

The German holding and Tatarstan are tied with close and long cooperation. The company supplies to the republic the equipment for oil and gas industry, oil production, generation, transmission and distribution of electrical energy. 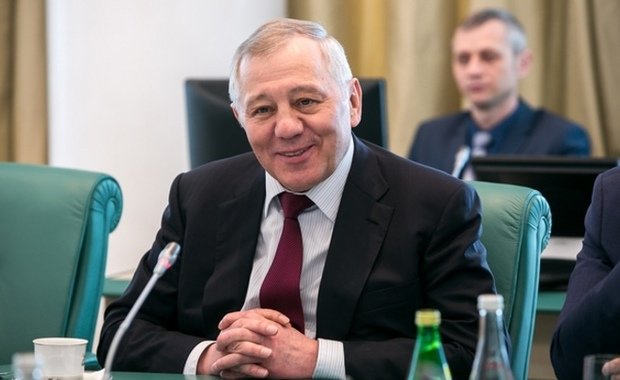 The power plant of Nizhnekamskneftekhim will start to generate electricity already in the second quarter of 2021. TAIF Group plans to implement the construction of such power plants on the basis of Kazanorgsintez PJSC. This corresponds to the development strategy of Tatarstan holding by 2025. ''The goal that we really see is 2,5 GW. Now it is a refinement being underway, and by 2025 the total electric power capacity of energy sources of TAIF Group is to reach 2,5 GW. One third will work for the own needs of the company, two-thirds of the produced electricity will go on sale,'' Director General TAIF PSC Albert Shigabutdinov outlined the prospects.