''Generation Z will never be the elite of the society''

Children are changing. The new generation, which is generally called Generation Z, is different from children of the 1980s dramatically. Their mothers and fathers are also changing, whose roles have already significantly mixed up. But if in public life such behaviour can already be considered to be a norm, the family is not a place where it is time to reconsider the roles of men and women in a new way, believes child psychoanalyst Lyudmila Blinova. In an interview with Realnoe Vrmeya on Mother's Day, the specialist shared her observations on the issue of family roles.

Ms Blinova, in your speech at TEDx conference in early November, you cited research data that says that only 14-16% of modern children are developing within the normal range. Moreover, the larger a city is (more than 500,000 people), the less normally developing children there are. Isn't it time to reconsider the norms?

Of course, it is time to reconsider. The norms are reviewed once in 15 years, a new generation is born every 15 years. Two publishing houses, Moskovskoe Prosveschenie and Peters, when publishing test materials, take responsibility for checking the compliance of numerical standards to modern children. Unfortunately, the bar is becoming lower. For example, by intellectual development. Children who were previously considered children with disorders of organic origin now belong to the category of mental retardation, and mental retardation has become a norm. If in the 1980s, the diagnosis of mental retardation was made for children who scored in the test from 80 to 90%, but now the norm has been extended to 80-100%.

Are there indicators that modern children have higher than children of other generations do?

Yes, there are. It is the indicators connected with development of clip thinking. In the result of a long staying in front of the screen, children do not form connections between different knowledge. They do not form systems of worldview, knowledge. They may have certain knowledge in mathematics, for example, geometric formulas. But they do not develop a general system of mathematical knowledge about the world.

Children are not able to juxtapose A with B and draw conclusions?

Yes. But there are two positive moments. The speed of information perception increases 1,5-2 times compared with the perception of children born in the 1980s, the information processing speed also increases. However, it is also quickly forgotten, so knowledge has not time to turn into a skill — new knowledge appear, but old one is not processed in real practice. I imagine it as a tube where old information is constantly replaced, leaving almost nothing in empirical experience. That's ok because we live in the information age. There is still a positive quality — the ability to perform multiple actions. Looking at my 15-year-old granddaughter, it surprises me that she can simultaneously do homework, talk on the phone, watch TV, drink tea — and all this without big losses.

So there is no tragedy, it is just a change of generation?

Yes, it is Generation Z. 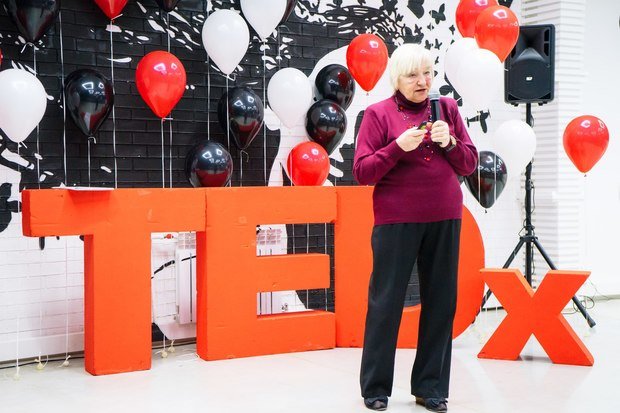 Don't women need masculinity to make decisions in serious situations? Don't men need empathy? We're talking about the dream of philosophers about androgyne — a person who equally has male and female qualities

And yet you believe that the lowering of the bar, for example, in intelligence is a negative factor?

Yes. It is negative because the highest level of development of such children is, most likely, visual-active thinking. But they do not form conceptual, verbal thinking.

So they will not become brilliant scientists?

Yes, that's what the founder of Google said: these children will never become the elite of the society. Their best quality is a good level of duty performance. He himself did not allow his own children to the screen before aged 5, and grandchildren – before aged 10. He gave them a classical education of the late 19th — early 20th century.

At the same TEDx conference you said that before adolescence it is mother who has major influence on children, and only later father comes to the fore. But the roles of young people, future parents, have mixed up. You said that 28% of girls aged 19 are already developed in masculinum type. Their motives, goals, values match their male peers. The situation is even worse among men: 32% of boys and young men develop in feminized type. And here, perhaps, it is also time to review the norm. Or not?

You are right, norms are relative. The norm is something that is inherent in 51% of subjects. But if now there is an increasing number of androgynously aimed people, it is actually good for adaptation. Don't women need masculinity to make decisions in serious situations? Don't men need empathy? We're talking about the dream of philosophers about androgyne — a person who equally has male and female qualities. But if a person has dominating gender of the opposite sex, then he or she cannot fulfill the family role, but children need adults with both roles. If mother plays the role of father, and father — the role of mother, the guidelines of children are broken, and in their turn, they will build their family by this model. In subsequent generations the qualities — both negative and positive — will amplify. Perhaps, by the end of the 21st century we will have a new person, and a new model will become a norm. Genetics say that if the trend of the increasing number of children with hyperactivity continues, by 2030 all children will be hyperactive. And we, delayed, will be considered to be an anomaly.

The first reason for gender change is our education system. Do we have differences between the programmes for boys and girls? In the forefront there is formation of knowledge, abilities and skills, not personal development. And this learning content, methods, and techniques — all of this creates conditions for development of the left hemisphere, which should dominate of men.

What should girls with developed left hemisphere do?

They are very few. Among them it can be named Joan of Arc, Sofia Kovalevskaya. But they cannot be called women in full sense. They did not have children, they didn't even have a desire to it, their endocrine system worked completely the other way, their goals were male. But after all, we are talking about genius. According to statistics, the genius among women is found in 1 to 60,000. Among men — 1 to 50,000. The reason is the features of brain structure, in the result of which the cardiovascular system develops differently, as well as endocrine and respiratory. A woman, as a creative person, capable, needs to realize herself in a profession. But I am a supporter of the theory that social labour of modern women should not exceed four hours a day. Overwise she lacks the capacity and desire to do something at home

Well, there is genius, there are norms, and they are changeable. What do you consider to be immutable characteristics of the roles of men and women in your understanding of normality?

Men create family values, father performs supervisory functions, he imposes sanctions if necessary because his role is to set social norms, knowledge level, nature of interaction with environment. Women's role is to create conditions for realization of these values.

Even in Orthodoxy we tell about spirituality and soulfulness. Man is spiritual, intellectual, and woman is irrational, emotional, soulful. But if women have male values, she is incapable of empathy: complete acceptance, understanding and assistance to her loved ones. Woman should show if not love, then at least respect for her husband. A woman should allow a man to make decisions and to entrust him with the responsibility for those decisions. A material contribution to the family is already leveled, it is not important, what is important is what direction man and woman have.

My grandson attends 'pre-school', there are another 150 kids and 150 parents who wait a child from a class. The children come out, and almost all the parents piled on them with questions, ''What is the grade? Have the teacher praised?'' They don't see him as a child who has experienced first a day load in kindergarten and then in school. Mothers have only one goal: to get into this school, because they will take only 60 out of 150. Children feel themselves only as students, but they do not feel like people in whom positive qualities are valued. A very gifted child attends my trainings, but he sits, draws and mutters under his breath, ''Such a mediocrity!'' His mother does not see talent and originality in him, she guides him to the results of other people. In the end, he does not see anything good in himself! It is a bright sign of gifted people when they realize that they are not like everyone, but they don't give him the opportunity to prove himself, but it is a duty of mother. She should provide the main thing — acceptance of her children.

It seems that today we have two extremes, fierce feminization and the opposite movement for complete withdrawal of women into family. Where is the middle?

It is wrong for women to focus herself just on family. This means not only breaking social ties. A woman, as a creative person, capable, needs to realize herself in a profession. But I am a supporter of the theory that social labour of modern women should not exceed four hours a day. Overwise she lacks the capacity and desire to do something at home. If she acts out of duty, it is a disgrace, she is not obliged to anyone. It's not self-compulsion, she needs to have strength left to create comfort. If she works longer, she does not have time to switch from the role of a professional to the role of wife and mother. She constantly train the role of a professional, first in the family, and then everywhere: at home, in the store, and in transport. In the end, the woman quickly cooks something (or even makes preparations for a week ahead), the remaining energy from the profession out of a sense of altruism gives to children – and that's it. She does not develop, no time for self-improvement. And here comes a time when children are ahead of her in development.