Residents of Tatarstan buy tickets due to the buzz around the film, cinemas tightened security

Aleksey Uchitel's Matilda film was released in Russia on 26 October. In Kazan, the scandalous film will be shown in all cinemas almost from morning till night. Realnoe Vremya's reporter witnessed how cinemas filled with people who want to watch the discussed story at lunchtime.

Matilda has been released

The most expected and discussed film of the year – Aleksey Uchitel's Matilda – was released in Russia on 26 October. The film caused not only State Duma deputy Natalia Poklonskaya's outcry but also led to hooliganism of the haters of the film.

In addition, it was discussed one month ago whether all cinemas would decide to show the film that became scandalous before its release. Manager of Rodina cinema in Kazan Elena Cheburnykh had told then clearly that they would have Matilda, but with additional security staff.

Now, at least, in Kazan Matilda in the playbill is probably the film of the week. The film is shown in all cinemas of the capital of the republic every hour – two hours, in some cinemas, the film is shown up to 15 times. It seems that the distributors' expectations will live up. For instance, according to Yandex. Playbill by 10.30 a.m., over half of the tickets were booked in Korston, 1/3 – in Kinomax Club in Yuzhny. Cinemas decided to play it safe and really tightened security

Chairman of the Tatarstan Union of Cinematographers, film director Ildar Yagafarov told that a tolerant and educated people lived in Tatarstan. This is why provocations and extremist actions are not expected. Nevertheless, cinemas decided to play it safe and really tightened security. An almost complete absence of advertisement is another interesting moment. Matilda is not advertised on TV. In Kazan, it was announced on street video screens. Matilda is not seen on banners in the street, even in advertisements in very cinemas.

A female security guard welcomed all visitors in Karo cinema in Koltso. There were not seen any other guards in the very cinema. But people said that they had seen security guards patrol all shopping mall. At lunchtime, almost all visitors went to watch Matilda at 12.45.

''Of course, the decision to watch this film was made because of all this stir''

When Realnoe Vremya's reporter was there, students and friends Yan Nazyrov and German Kargin were discussing the situation around the scandalous film and came to a conclusion that they needed to watch it just to understand what a film it was and why such a buzz arose around it. 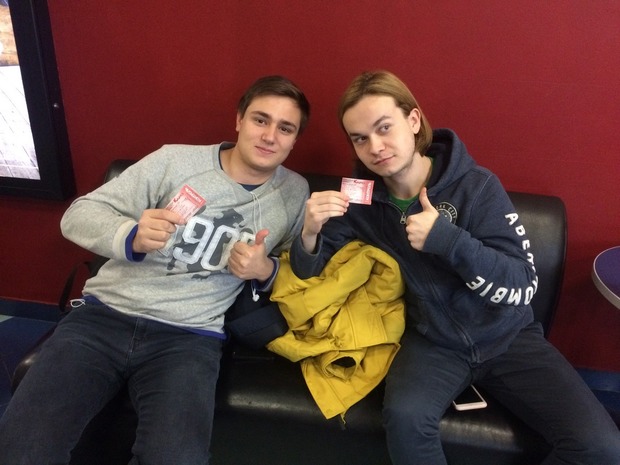 ''We decided to watch the film because there was a lot of buzz and we wanted to understand whether it was a publicity stunt or real hysteria. And it was interesting to understand what the film really was about as it caused the public outcry,'' Yan Nazyrov told.

He considers the story with Nikolay II's lover that is described in Matilda true and the statement that the plot of the film disgraces the honour of the tsar and insults the Christians' feelings as consequences of the hysteria. The very interlocutor of the newspaper is a religious person, but this story did not insult his feelings.

''It is hysteria, paranoia and schizophrenia of people who say so. It is true, as it is. Distortion in favour of a religion always leads to bad consequences,'' Yan Nazyrov thinks.

Vladislav Tyunkin came to watch Matilda with his girlfriend – the couple also wanted to see the film that became the most scandalous and expected this year, without exaggeration.

''I've heard today that Poklonskaya delivered another address. Of course, the decision to watch this film was made because of all this stir. I am not a historian, and, for instance, I did not know Nikolay II had a lover before the film was shot – it is not taught at school. Naturally, we want to show with our decision that any film has the right to be shown on a big screen whatever it is. It is another thing whether it is true or not, if the film is good or not. But I don't remember such a buzz. Now it is interesting to watch the very film and understand why all this buzz came about,'' Vladislav Tyunkin says. According to the guy, he heard that a cinema was burnt in Ekaterinburg because of the discussion of Matilda, that opponents of the film set fire to several cars near the office Aleksey Uchitel's lawyer. In answer to the question whether they were not afraid that the story would repeat in Kazan, the newspaper's interlocutor replied bravely and categorically.

''I think many people are afraid, but I'm not. On the contrary, if something happens now, I am ready to help and arrest all hooligans.''

Only one guy among the surveyed people who agreed to comment came to watch Matilda not because of the buzz but his love for history films.

''I didn't follow all this story. I decided to watch because I am interested in history films. I just haven't seen such facts in history, this is why it became interesting to watch,'' Shamil Mazitov told.

In his opinion, people should not be afraid of any extremist acts linked with the release of the film in Kazan because more tolerant people live here.

Besides students, an older generation also decided to watch Matilda at lunchtime. However, these people refused to discuss the scandalous film. 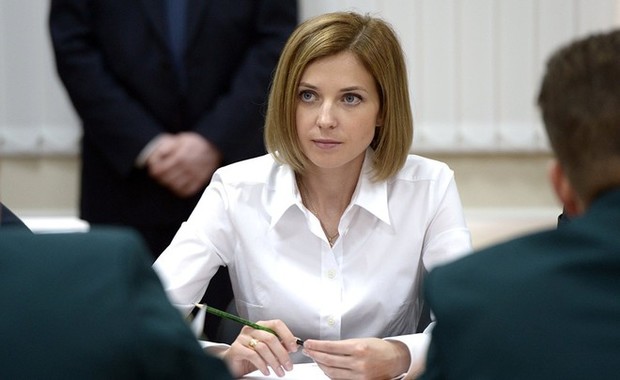 The merit in raising the buzz around Matilda can be easily given to Natalya Poklonskaya. Photo: kremlin.ru

From arson to criminal cases

The merit in raising the buzz around Matilda can be easily given to Natalya Poklonskaya who was not only very categorical in the State Duma and social networks by urging to ban the film but also recorded several video addresses on the threshold of the premiere for Prosecutor General Yury Chaika. Earlier the prosecutor of Crimea sent many requests to the Prosecutor General's Office. However, breaches in the film were not found there.

Simultaneously with Poklonskaya, leader of The Christian State movement Aleksandr Kalinin started a job against the film. He was arrested in September for putting pressure on cinemas. We need to remind that distributors were sent threats not to show Matilda on behalf of the organisation. Information about the arrest of 10 people who are implicated in arson of cars of the shooting crew of Aleksey Uchitel's studio appeared on 20 September. It became known later that Kalinin was suspected they he wanted to make money from the campaign against Aleksey Uchitel's Matilda film. According to one of the versions, Kalinin and his supporters hoped to get a lot of money by imposing the film distributors services of a private security organisation linked with Orthodox activists.

In August, the discontent with Uchitel's film also reached Kazan activists who stood near Shalyapin hotel with handmade banners against the film. The lettering of one of the activists said '' Matilda is a false film about our holy tsar. #Let's Stop Matilda''. Another activist who was standing next to him said: ''#Let's Stop Matilda'' with a lettering in the corner ''False film''. In August, the discontent with Uchitel's film also reached Kazan activists who stood near Shalyapin hotel with handmade banners against the film. Photo: vk.com

Photos of one-man pickets are in the community #Let's Stop Matilda Kazan that has only five users of Vk.com. And the pages of two of them were banned. Realnoe Vremya's reporter turned to administrators who are also the remaining participants of the group to get a comment. But the answer had not been received when the piece was published.