Dialogues about HSR. ''I have to turn your microphone off''

The dragon of the high-speed railway asks Kazan another 55,000 trees as victim

Tatarstan continues discussing the impact of the future Moscow-Kazan High-Speed Railway on the environment. The railway is going to cross two areas – Zelenodolsk District and Kazan. This is why public hearings took place everywhere. If citizens of Zelenodolsk did not express great interest in how the high-speed railway was going to change their life – 20 people gathered in the hearing — the hall of the National Cultural Centre was stuffed to the gills, tensions were running so high that presenter of the event, director of the Architectural and Urban Engineering Administration Vladimir Fomin turned off the microphones of speakers and interrupted attempts to criticise the future high-speed railway in quite a gross way. Realnoe Vremya's reporter watched the performance.

HSR to cross Lebyazhie through platform

The second day of public hearings took place in Kazan National Cultural Centre. The hall for 300 people was full, additional chairs were put in the aisles. Anyway, there were not enough seats – people were standing even behind the doors. The impact of the high-speed railway on life concerned citizens of Kazan more than that of Zelenodolsk who totalled about 20 people including journalists one day earlier.

The first part of the discussion in Kazan was identical to the Zelenodolsk hearings – the developers reported on the route of the HSR and that the trip to Moscow from Kazan was going to reduce from today's 14 hours to 3,5 hours. It will give impetus to economic development of regions, new working places and so on. There were details about the line size, erection of artificial constructions and bogies. However, it concerned the people who gathered just a bit. The hall quickened when they started to speak about deforestation.

As Director of Ekada-T CJSC Arkady Yaroshevsky reported, 54,633 trees are going to be cut down for the construction of the Kazan section of the railway 18,5 km of length. It caused a sigh of the hall, of course, because it had been told over 150,000 trees were going to be cut down along 22 km of the HSR during the hearings in Zelenodolsk. The speaker tried to calm the concerns down saying that four times more trees were going to be planted instead and compensation of 1,7bn would additionally be paid. The hall of the National Cultural Centre for 300 people was full, additional chairs were put in the aisles

''This number is very big for our city if we look at the budget of the Urban Improvement Committee,'' he paid attention.

And he noted as the HSR is going to cross Lebyazhie forest, it was decided to lay the railway on a platform to minimise the impact on the forest.

''A railway precinct on the ground is 50-70 metres, a platform has 20 m. We did our best to minimise the costs,'' Yaroshevsky said. He meant ecological costs, first of all, because the platform, on the contrary, needs more money.

Choice without choice: ''Why aren't there real alternatives?''

After reports, they switched to questions. 5-6 people were standing in the queue near microphones on both sides of the hall. Sergey Mukhachev, co-chairman of the Kazan office of the All-Russian Environmental Protection Community, was first to take the floor. Mukhachev asked why the southern route of the HSR that would not affect the forest and houses of citizens of Kazan was not considered (Editor's Note: one of the variants presupposed that the route would cross Oktyabrsky settlement; houses were supposed to be demolished; they refused the idea then).

Mukhachev was told the variant that is discussed now is the most optimal and effective. This answer did not satisfy anybody, of course. This is why the next question was asked by journalist and eco-activist Yulia Faizrakhmanova. Having presented, she reminded that she had complained to Vladimir Putin that the Volga is covered up with sand in Tatarstan during a press conference. This time Yulia Faizrakhmanova made her question clearer: why were not other variants of the HSR presented for public hearings?

''We are given a choice without choice, in fact. Why aren't there real alternatives?'' she asked. The developers reported on the route of the HSR and that the trip to Moscow from Kazan was going to reduce from today's 14 hours to 3,5 hours

Fomin's revenge: ''Turn the microphone off''

This question probably concerned many people. This is why the hall burst into applause.

''We need to evaluate the impact of the three variants and choose the least. Let's vote,'' the eco-activist offered. The hall started to approvingly applaud again, and men in the presidium started to move their jaw muscles.

''We did not plan any voting, don't provoke the audience,'' director of the Architectural and Urban Engineering Administration Vladimir Fomin interrupted Faizrakhmanova.

''But it is not forbidden. What is not forbidden is permitted,'' people shouted from the hall. A peaceful public discussion stopped then. The citizens of Kazan criticised and were indignant, and it was severely stopped.

''I have to turn your microphone off, turn the microphone off!'' Fomin who did not want to argue gave orders. Activist of ''The Volga and People are Against'' group Gulnara Gilyazova and then Chairman of the Anti-nuclear Community Albert Garapov continued expressing their points of view without microphones.

Being afraid of not being able to struggle with nerves, Fomin ended the session of talk to the people beforehand: ''30 minutes are given for questions, according to the regulation. The time is over,'' the functionary told. The listeners looked at their watches – only 25 minutes passed.

''Have you ever seen a pheasant? Do you know it has bandy legs?''

Having understood there would not be any dialogue and it was not a discussion as it had been announced but a kind of presentation of the project by the authorities, the disappointed citizens of Kazan started to leave the hall. But the situation was getting more and more tense.

It was seen the presidium was irritated by the indifference of the participants, and its representatives were about to be rude to the citizens. When one person questioned that 170,000 new trees would not put down roots instead of the cut trees because ''one half of the trees in Kazan did not put down roots'', for some reason Vladimir Fomin thought it was suitable to compare his opponent with pheasant.

''Have you ever seen a pheasant? Is it beautiful? Do you know it has bandy legs? So calculate first instead of talking from the rostrum. How much is a half?'' he asked that person. Being afraid of not being able to struggle with nerves, Fomin ended the session of talk to the people beforehand

''People plant trees wrongly!'', ''Who said to you there will be transportation by truck? You won't have coal, gas by the HSR!'', ''The entire road has fences for animals and people, I am sorry,'' the HSR developers and functionaries explained irritatingly.

People sitting in the hall were indignant about this behaviour without making noise: ''It is a public hearing, they should be as polite as possible.

''They don't touch forests in Chuvashia. A small part is affected in Mari El while this HSR crosses a forest of the republic''

There also were independent experts among the non-indifferent citizens of Kazan. Galina Yupina, candidate of sciences, senior professor of the Department of Environmental Engineering and Water Consumption of the Institute of Management, Economics and Finance of the Kazan Federation University, was not given the floor. But she expressed Realnoe Vremya her point of view. In general, she supports the HSR but thinks another route needed to be chosen.

''Much money was spent on engineering and ecological research. But I think the variants of the railway's route were not well thought. I am inclined to the southern variant. Mainly Tatarstan suffers if the central variant that we are offered is constructed. They don't touch forests in Chuvashia. A small part is affected in Mari El while this HSR crosses a forest of the republic,'' Galina Yupina says.

In addition, she specifies that Tatarstan has few forests in comparison with its neighbouring regions. Only 14-15% of the territory are occupied by forest. With the HSR, this number is going to reduce considering that the railway is going to cross the precious Aishinsk forestry and Lebyazhie listed natural area.

''Let it go through the platform. But there is going to be a road below that will service the HSR. It also needs the trees to be cut down. It means the right and left sides of the forest will separate. What does cutting down 150,000 trees in Ayshinsk and 54,000 trees in Lebyazhie mean? You know how many trees need to be planted as compensation, how much care these new trees need – it is a huge job. Why? If it all can be avoided,'' Galina Yupina thinks. As the HSR is going to cross Lebyazhie forest, it was decided to lay the railway on a platform to minimise the impact on the forest

''If they chose the southern variant, closer to the airport, would not citizens of Kazan able to reach it?''

The ecologist thinks the southern variant of the HSR route – through Verkhny Uslon and Laishevo Districts with a station near the Kazan airport where there are not any reserve forests is the most suitable. This variant was crossed out because of its remoteness from Kazan. The central route that was chosen means there will be a station almost in the heart of the centre, at Severny Station.

''But Kazan develops. When will this railway be built? By 2025? Meanwhile, Kazan has already expanded towards Laishevo District – Usady is developing, huge territories are housed in Stolbische. It means this territory will become almost central in 10-20 years! And the airport will turn out in the city. And we will have to shift it. The developers need to take it into account. If they chose the southern variant, closer to the airport, would not citizens of Kazan able to reach it?'' Galina Yupina offers.

However, this offer is unlikely to be heard as it was already denied. Having considered all the pros and cons, they decided the route through Lebyazhie was the most comfortable variant. As one of the Russian Railways representatives who was at behind-closed-doors meetings on the HSR construction told Realnoe Vremya's reporter, the republic put a lot of effort to persuade to finance the platform. And they cared about the security of residents more, not ecology, to avoid victims on the crossings. The interlocutor noted that another advantage was that Tatarstan managed to defend the location of a locomotive depot in its area. Chuvashia and Nizhny Novgorod were candidates to it. It will provide working places and spur economic development. 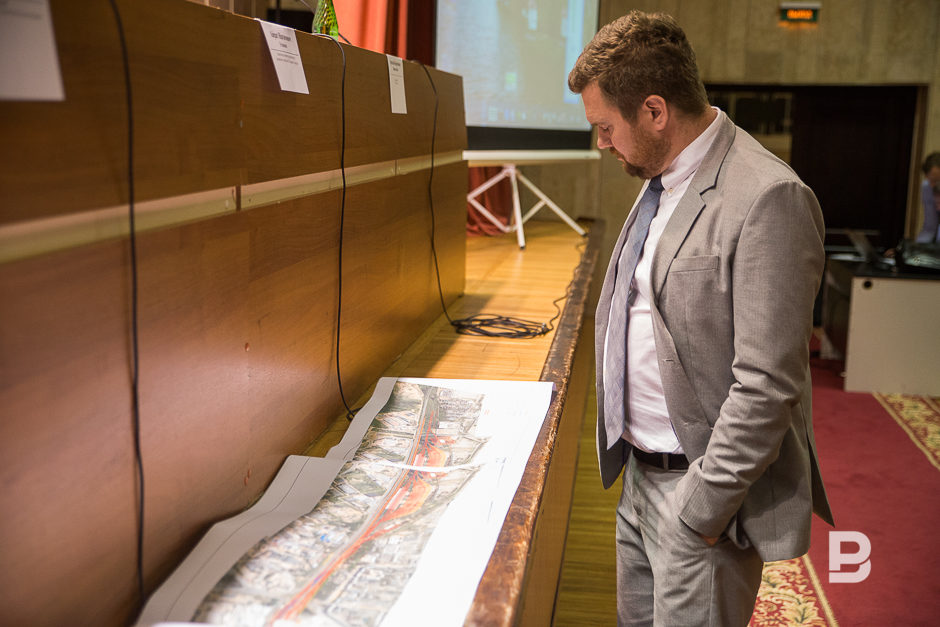 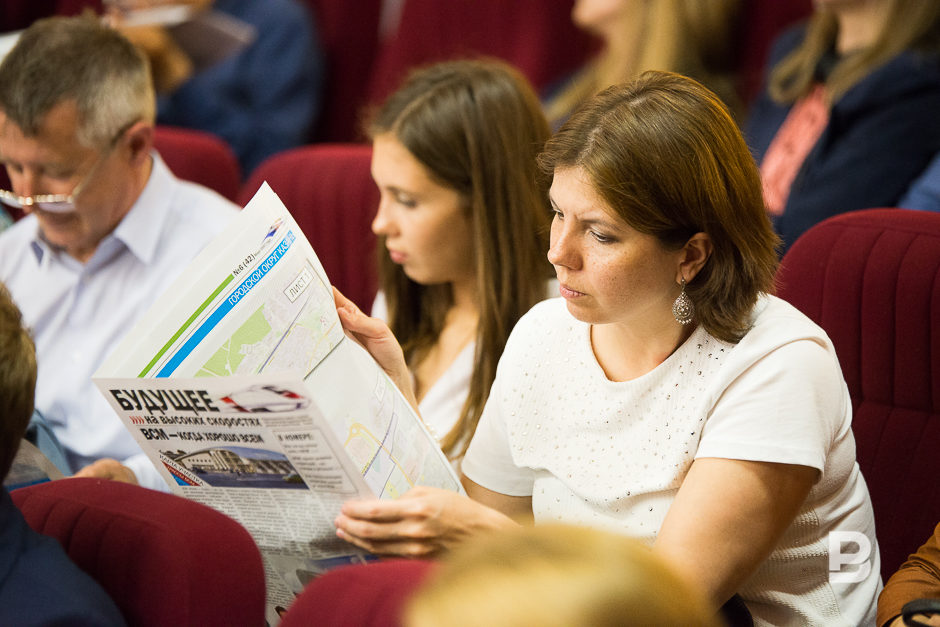 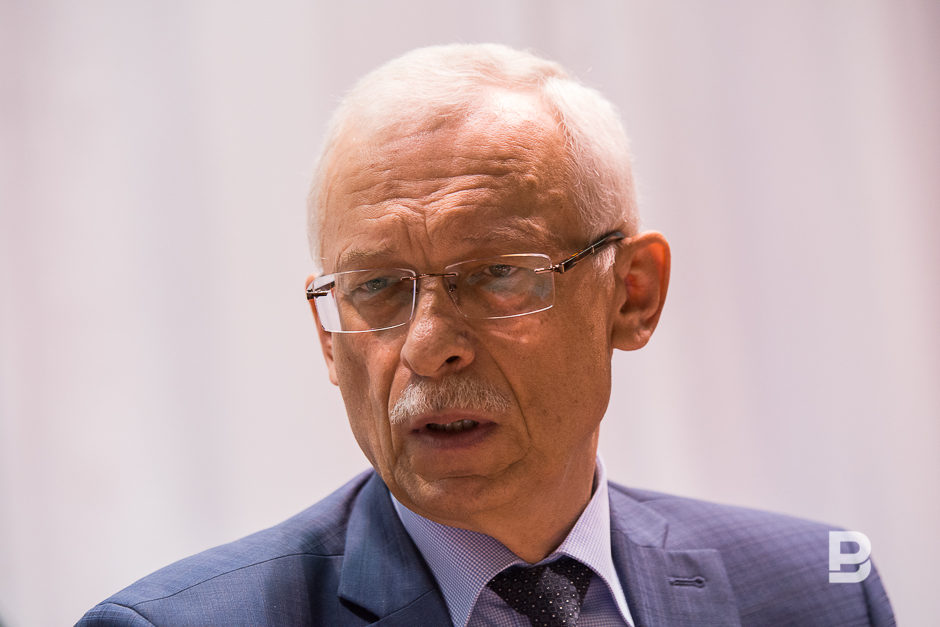 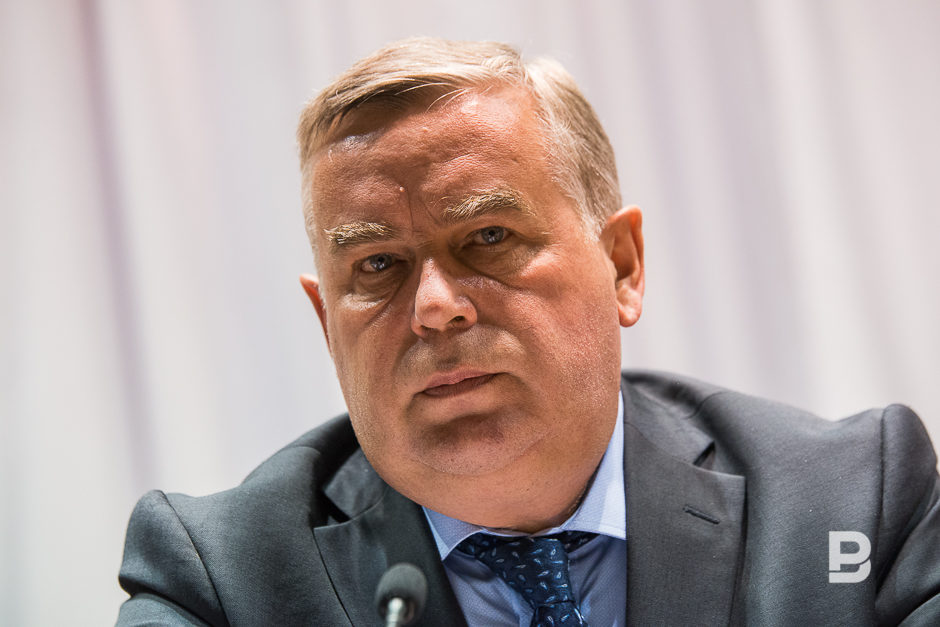 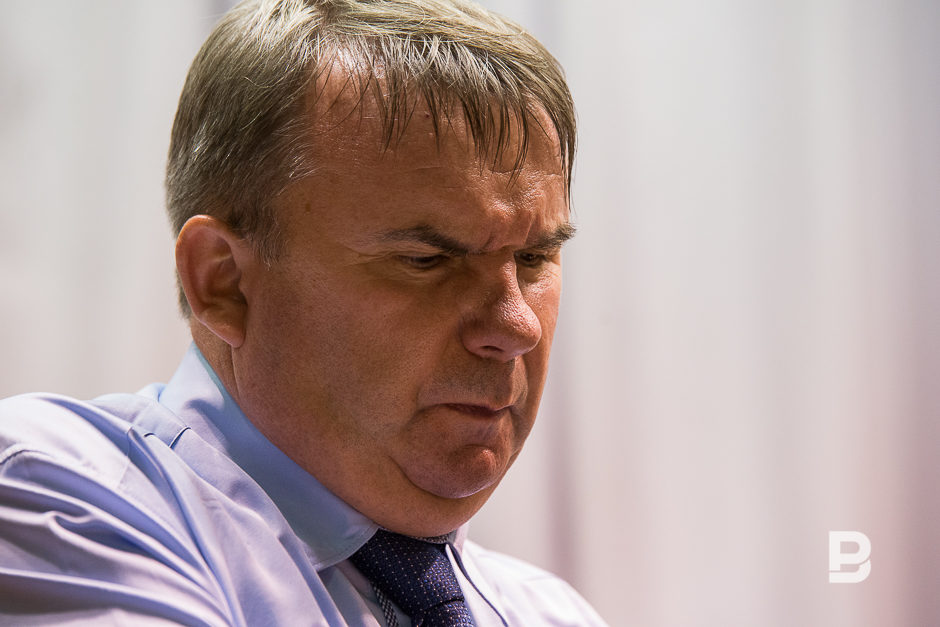 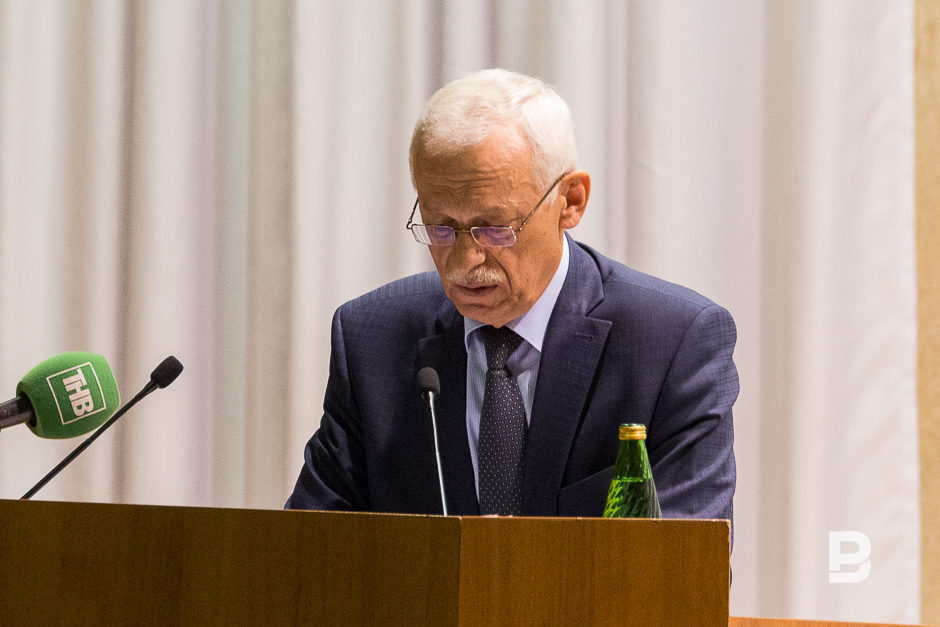 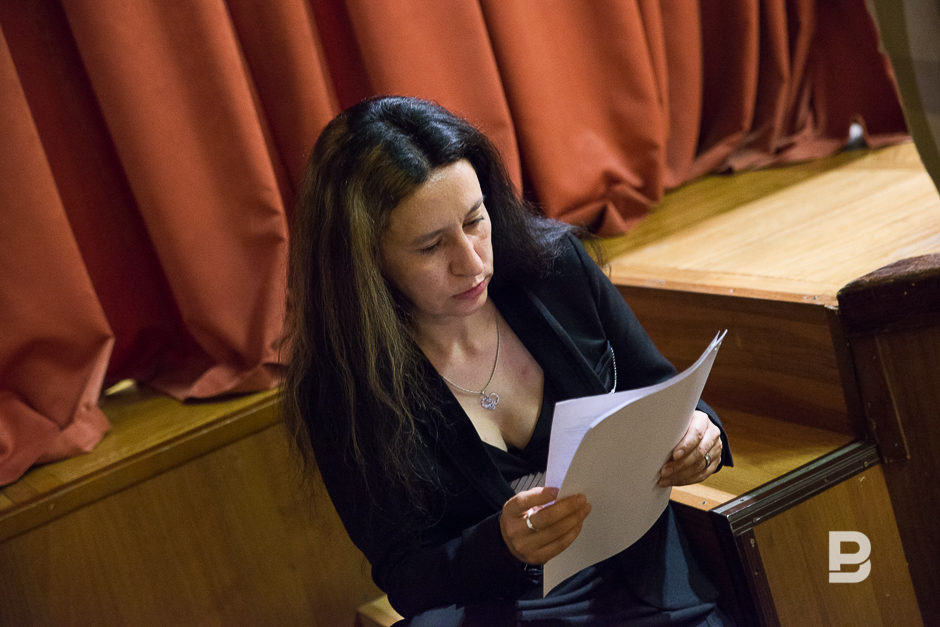