Tatarstan President Rustam Minnikhanov launched a high-pressure gas pipeline at Gas Distribution Station No. 2 from Yelabuga Central to Nizhnekamskneftekhim PJSC in Nizhnekamsk. So TAIF completed its large project on improvement of reliability of gas supply of Group’s enterprises located in Nizhnekamsk Industrial Hub.

“This gas pipeline is our dream. We addressed this task in different ways because we developed the Nizhnekamsk hub as much as we could. But the development stalled then. And the step TAIF Group took — to build its own with its money — is valuable. It is the most unique modern technology complying with all environmental norms. Most importantly, we have the biggest prospect of further development of Nizhnekamsk Industrial Hub. We always talk about the environment and that we had problems, especially in winter when we had to start using mazut, but this is an additional environmental impact. Now, this issue has been resolved. Secondly, we have tied the loop. And this line can provide the activity of the city and all our industrial facilities. I would like to congratulate all of us on this occasion,” current Tatarstan President Rustam Minnikhanov stressed at the ceremony.

The first phase was launched as early as late 2015. The pipeline from GDS No. 2 Nizhnekamsk — Heavy Residues High Conversion Facility was designed for TAIF-NK’s new plant and further measures taken to connect the pipelines between Nizhnekamskneftekhim PJSC, Nizhnekamsk CHPP, TGC-16 JSC and TAIF-NK JSC.

The construction of a new gas pipeline from GDS No. 2 Yelabuga (Central) became the second phase.

“The new gas pipeline Nizhnekamsk Industrial Hub needs has been laid. Tatarstan’s all petrochemists and oil refiners’ dream has become true. The launch of this gas pipeline is a long-awaited solution to long-term problems of meeting the growing needs of enterprises of Nizhnekamsk Industrial Hub, particularly, TAIF Group, additional amounts of gas, it dramatically solves the issue of providing reliable gas supply from two independent gas supply sources, also, it opens new opportunities for big projects in petrochemistry and oil refining. It was planned to implement a project on the construction of a gas pipeline as early as in the Soviet Union, but it has become possible to make it a reality only now. The gas artery 1,200 mm in diameter and over 30 km long was laid in record 17 months. I sincerely thank everybody who participated in the implementation of this unique project that doesn’t have analogues in Russia — designers, engineers, constructors, assembly workers, gas service workers. I express separate words of gratitude to the management of the Republic of Tatarstan for the huge trust and support,” TAIF JSC Director General Ruslan Shigabutdinov stressed.

“The project was tough because we had three water transitions: the Kama River (1,300 m), the Kriusha (550 m) and the Tanaika (280 m). The last two rivers are located in The Lower Kama national park, while according to federal law it is forbidden to do works in national parks. We didn’t have another option to lay the line. We could bypass the national park, come from the other side, but then the losses would have been so big that the gas pipeline would be unprofitable. We had to install special compressor stations to increase pressure. Then we understood we needed to look for other options,” Director General of one of the contractors, GTC PLC, Valery Sazanov told Realnoe Vremya the details.

The new 30-km long high-pressure gas pipeline was laid from Yelabuga to Nizhnekamskneftekhim PJSC within 17 months. The unique Direct Pipe technology — microtunnelling — was used to minimise the environmental impact and reduce the term of construction of 2,7 km of the gas pipeline. The construction cost 4,3bn rubles, VAT included.

“Microtunnelling is an eco-friendly method. It has several advantages: it excludes groundworks and speeds up the term of pipeline laying. Microtunnelling is when the pipe passes under the bottom of the river 5-10 metres deep. A small pit is dug on one side of the river, the pipe goes in and goes out on the other side. There weren’t any works that violated the soil, flora or fauna,” Valery Sazanov explains.

According to him, all pipeline laying technologies existing in Russia — open soil excavation and directional drilling — were unacceptable from an environmental perspective. The specialists of GTC PLC learned about the unique technology in Europe.

“We went to Europe to look for technology and found a very interesting option — mircotunnelling that has recently begun to be used around the world. Such long water barriers have been dealt with only several times in the world practice — in Canada and New Zealand. We managed to adapt the project to it and order equipment in a plant in Germany. Our employees repeatedly went to Germany, spoke the same language with the partners, our order wasn’t on their agenda. It was very pleasant when Russia’s flag was raised when our delegation arrived,” Valery Sazanov says.

It didn’t meet all the needs for gas from enterprises of the industrial hub and Nizhnekamsk District at peak loads. They had to burn reserve fuel (mazut) at power plants. In the case the current pipeline was damaged, gas supply could have completely stopped.

“A powerful industrial cluster is located in Nizhnekamsk. There are emissions anyway. When there is little gas, one has to substitute it by burning mazut with sulphur dioxide emissions, which is one of the key negative environmental impacts. The new gas pipeline will solve this problem, they can gradually refuse mazut, petrochemical processes will also improve. There will be fewer burning flares as well as sulphur dioxide. This will have a positive impact on the sanitary and protection zone of Nizhnekamsk and the whole national park,” Valery Sazonov is sure.

By the way, future plants’ gas supply was also in danger. According to experts, considering the development of enterprises in Nizhnekamsk Industrial Hub, including TAIF Group, the unsatisfied demand for gas from promising investment projects will be over 3bn cubic metres by 2025. In 2025, compared to 2009, scheduled natural gas consumption in Nizhnekamsk will almost triple. The gas pipeline that was launched will provide enterprises of Nizhnekamsk Industrial Hub with natural gas — deliver up to 4bn cubic metres a year.

As it was said above, the majority of technically challenging works were done in The Lower Kama national park. The works were done by meeting all environmental requirements.

“Before we entered the park, we examined the full picture, flora and fauna. Ecologists arrived during the works many times. When the works were completed, the national park didn’t worsen. We used modern equipment and managed to improve the whole territory on the construction site, we got rid of underbrush, weeds. We were said nothing but words of gratitude. From environmental perspective, our work is unique. We worked in autumn and winter. We cut out pieces of frozen soil, piled them, which allowed making trenches. Then we put everything back. All this was a whole in spring,” Director General of GTC PLC Valery Sazanov told Realnoe Vremya.

Further development and modernisation of energy, petrochemical enterprises and oil refineries located in Nizhnekamsk Industrial Hub will go on with the launch of the gas pipeline. The refusal from mazut when the temperature is below zero will improve the ecosystems of The Lower Kama national park and the environment of Nizhnekamsk and Yelabuga Districts in general. Gastransport Company PLC built the knee piece. The contractors are TAIF-ST PLC, Gasprojectengineering SPJSC, Geoconsulting PLC, Tatnefteprovodstroy PJSC, Biotech PLC, GKS R&P Enterprise PLC. 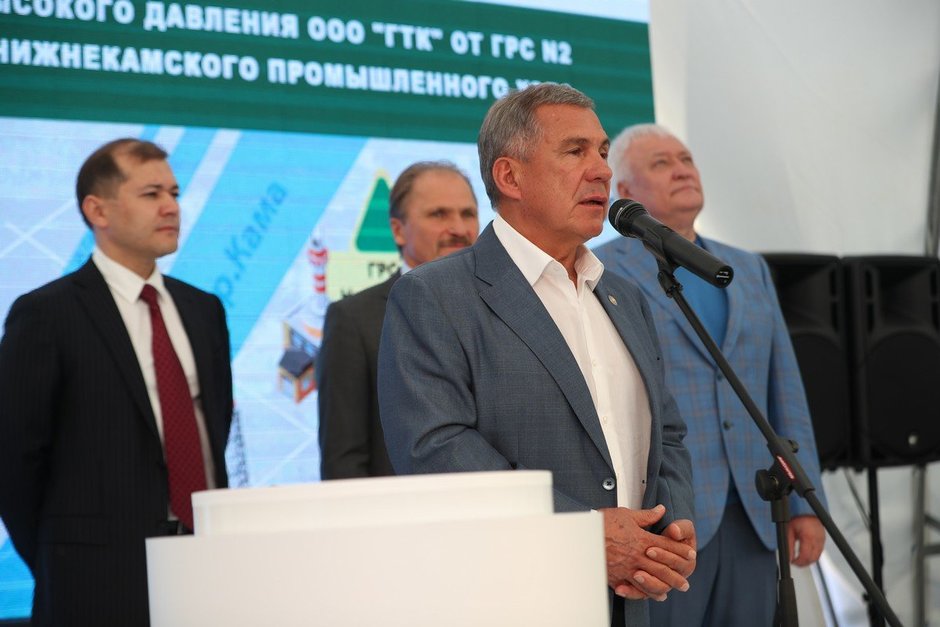 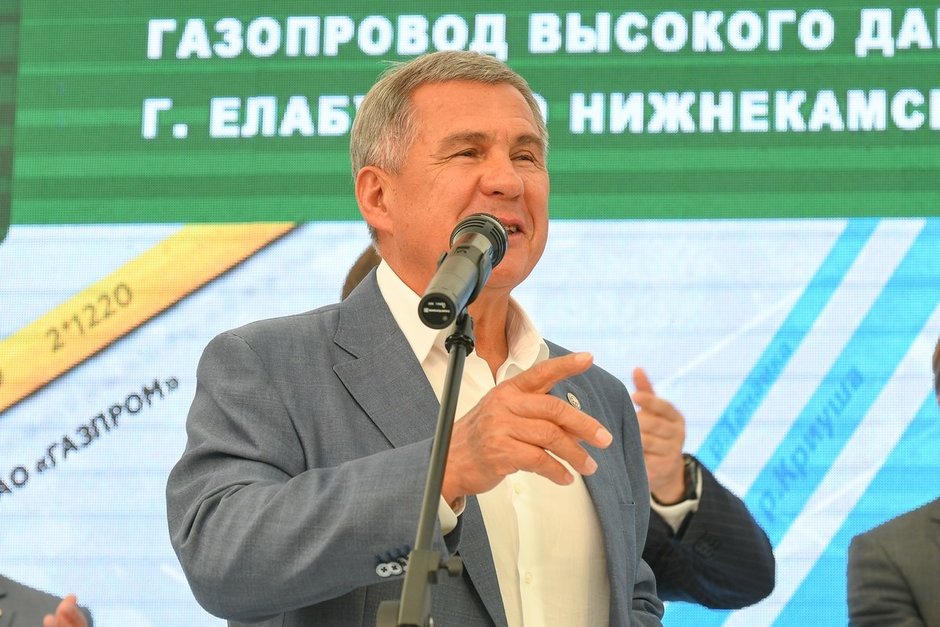 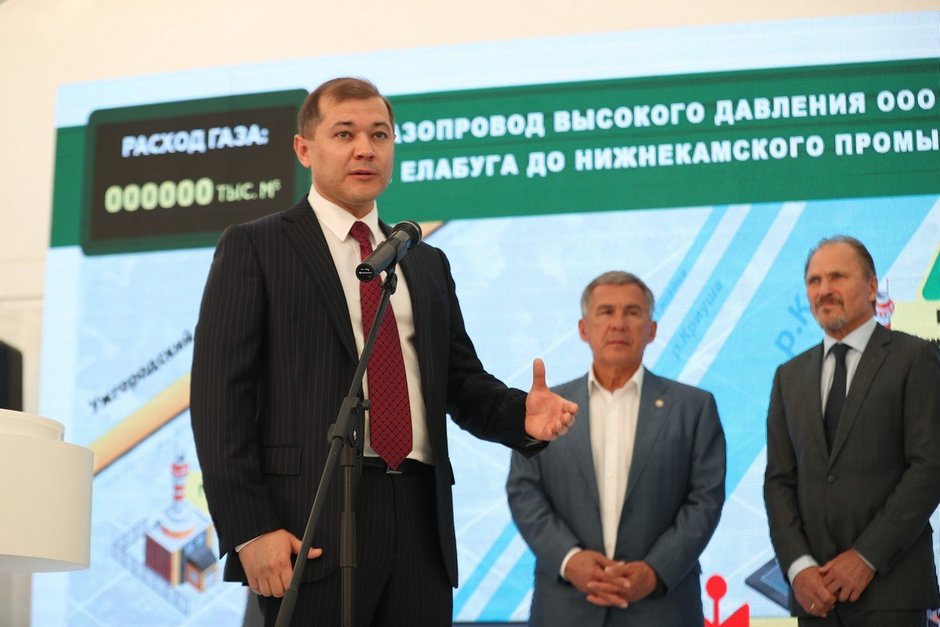 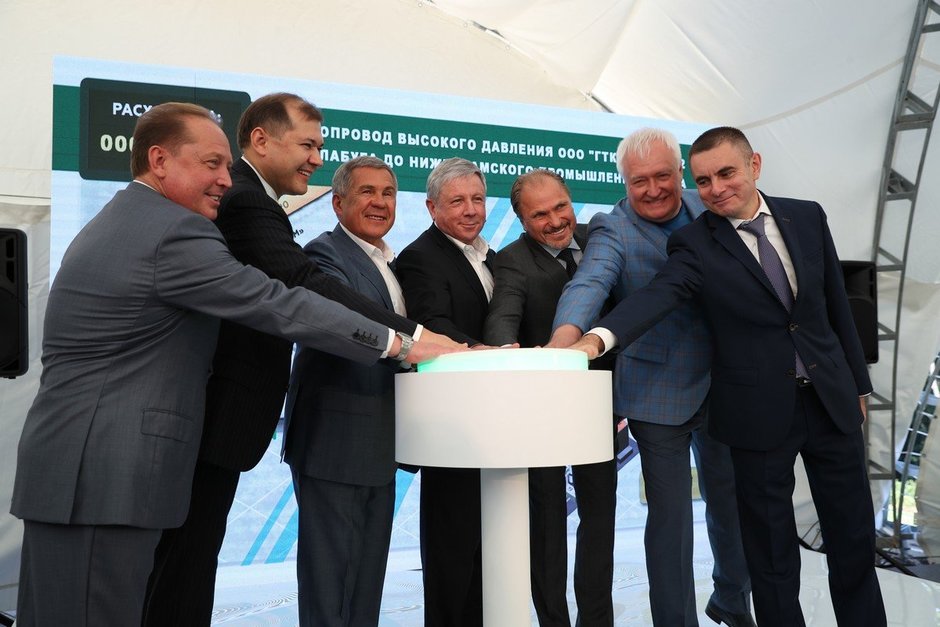 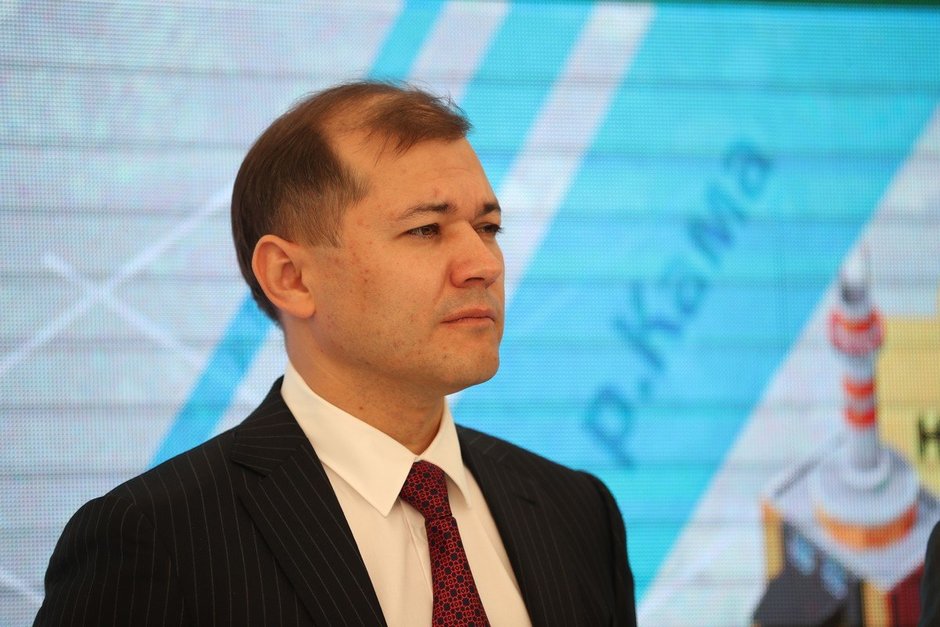 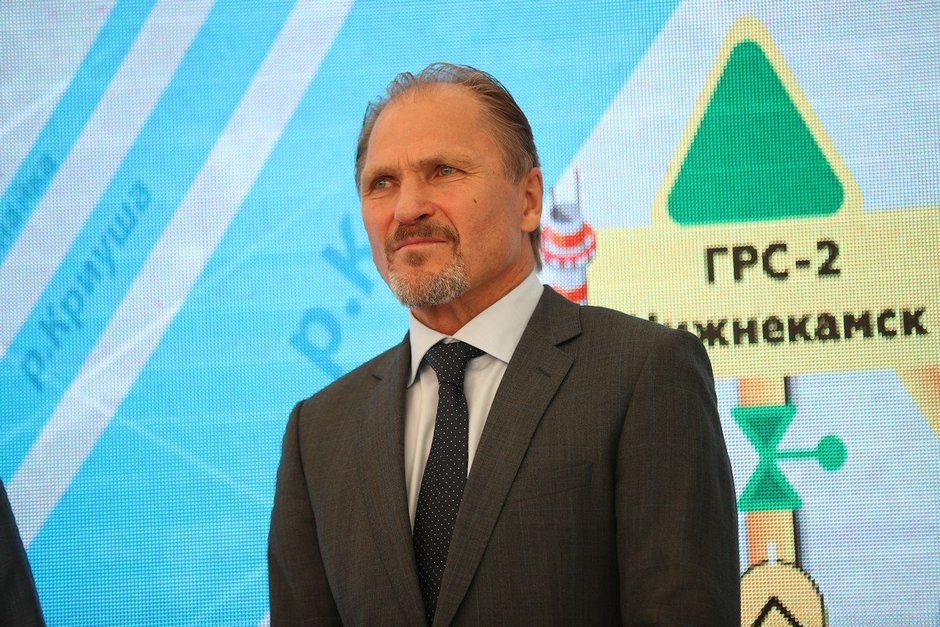 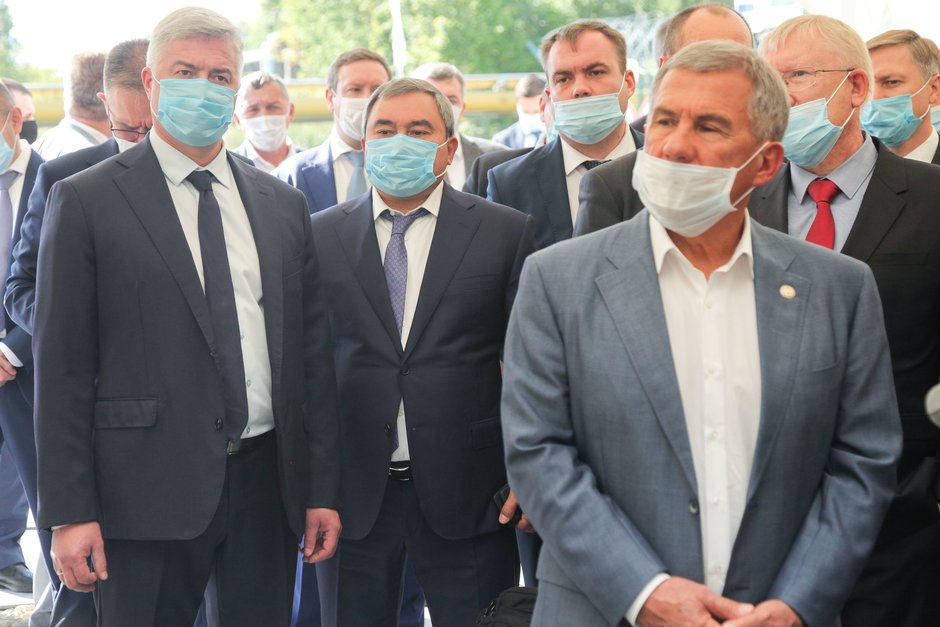 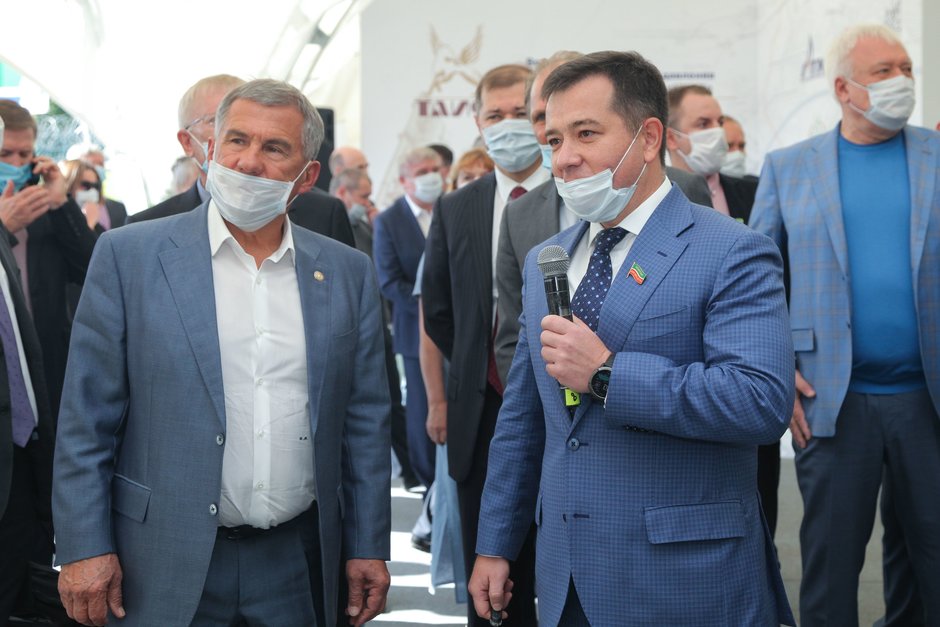 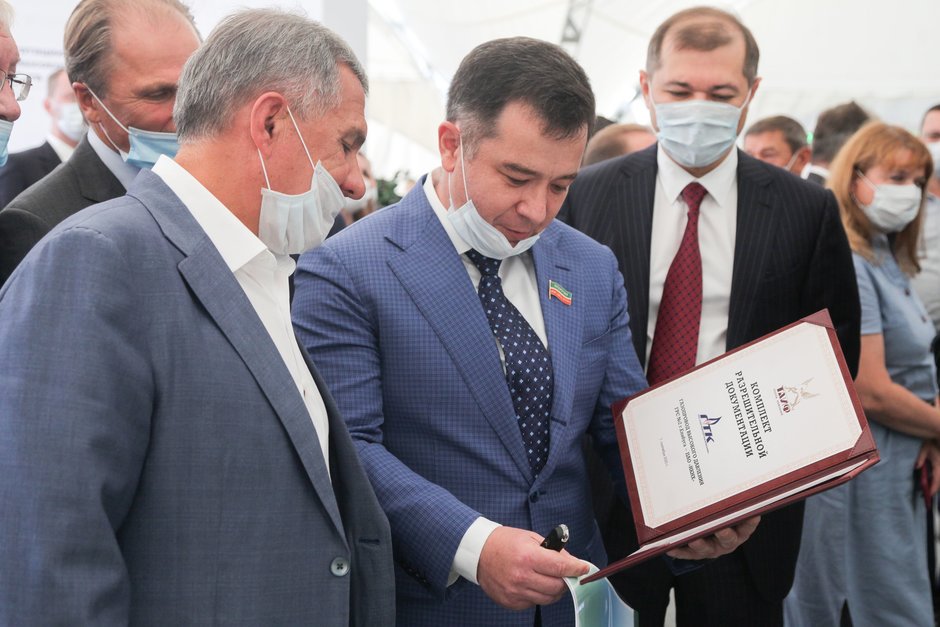 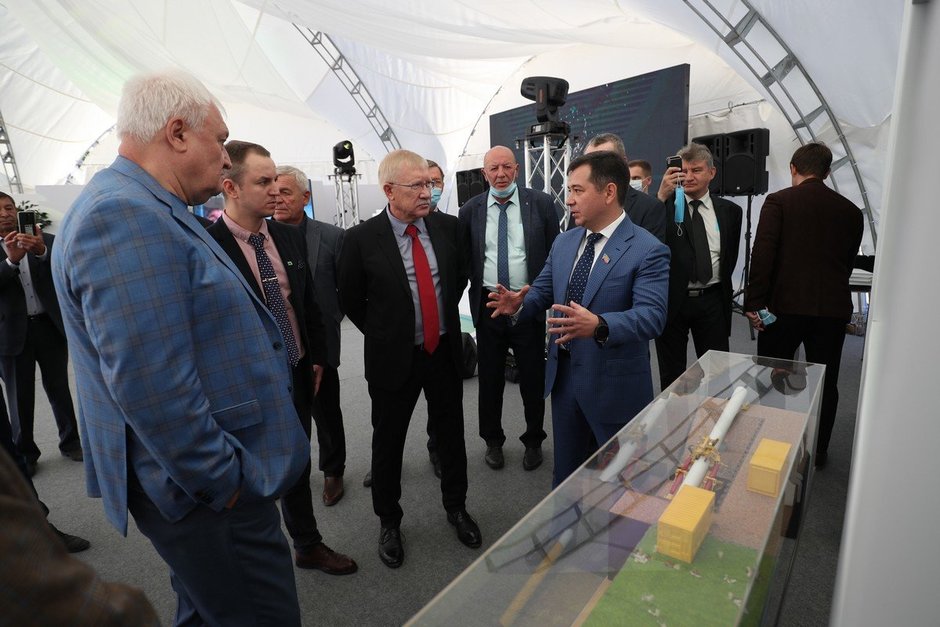 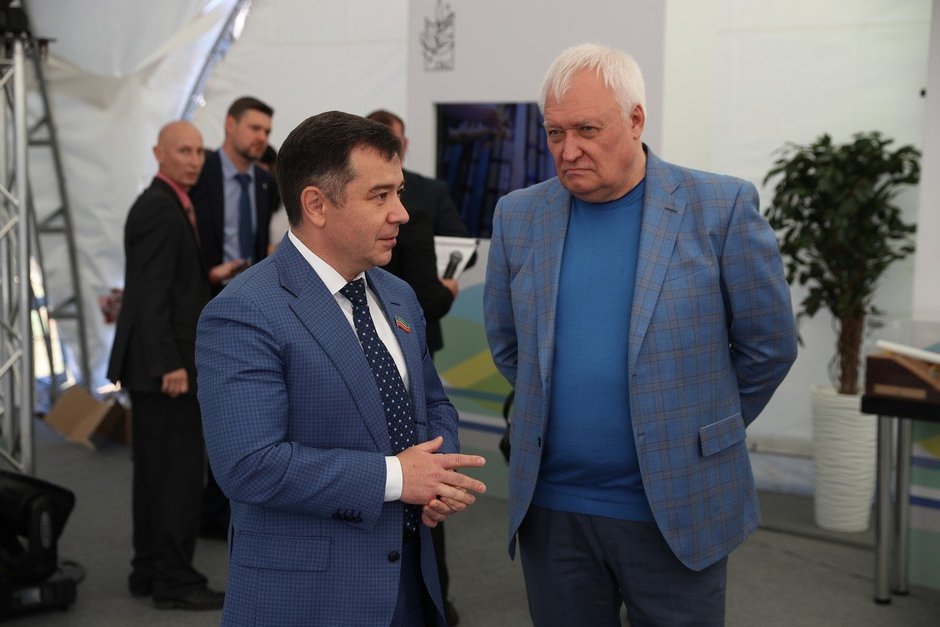 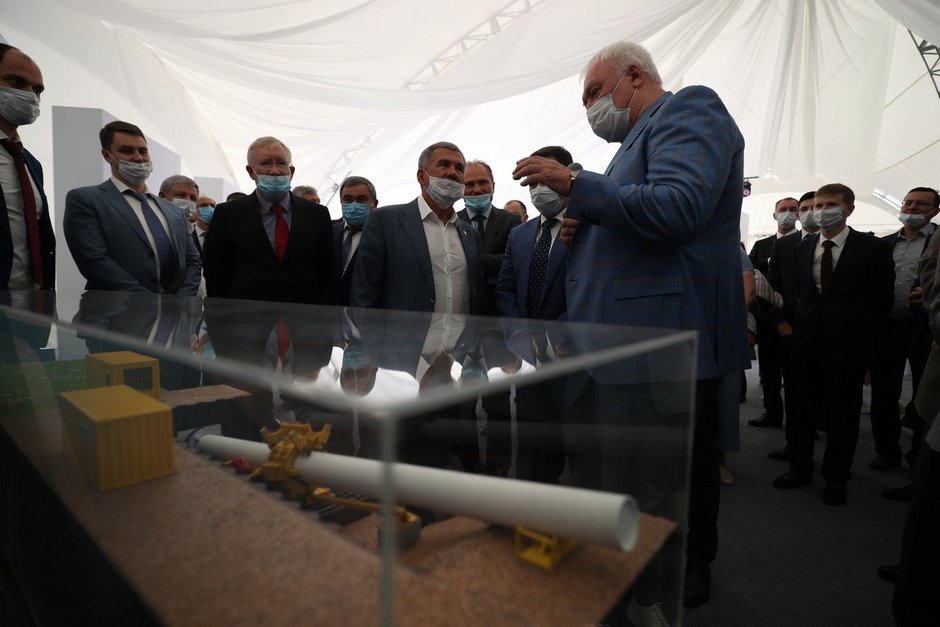 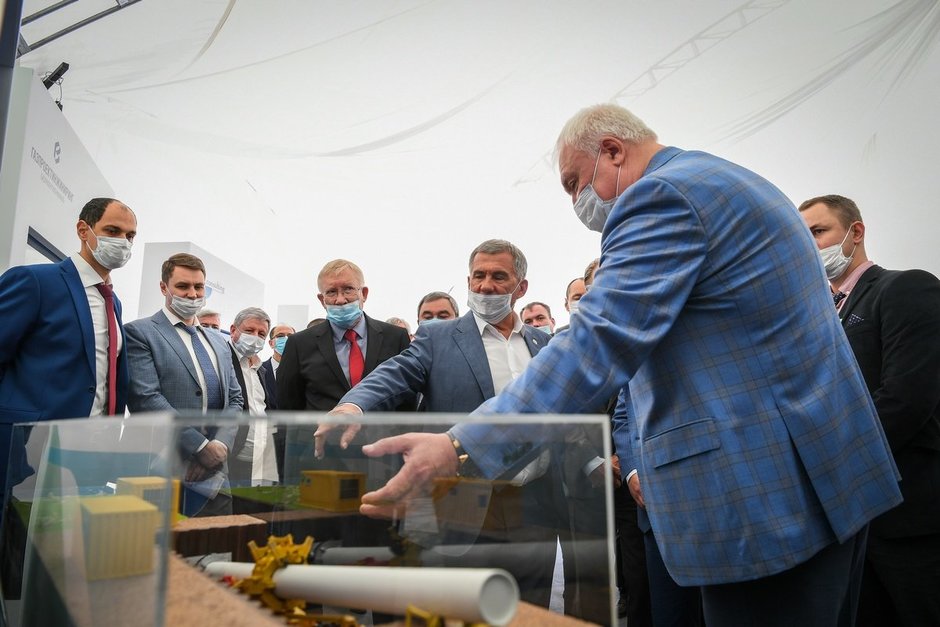 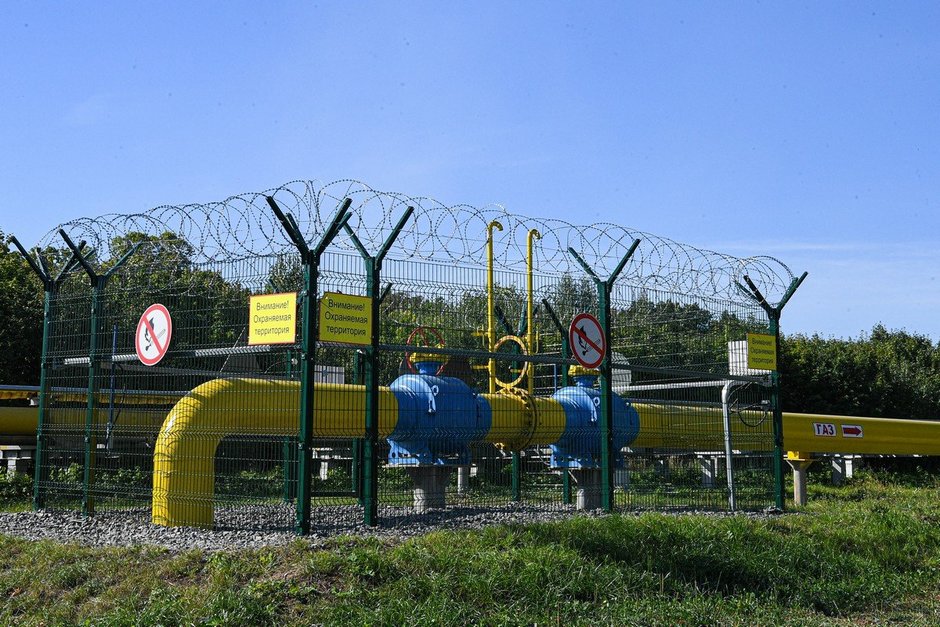 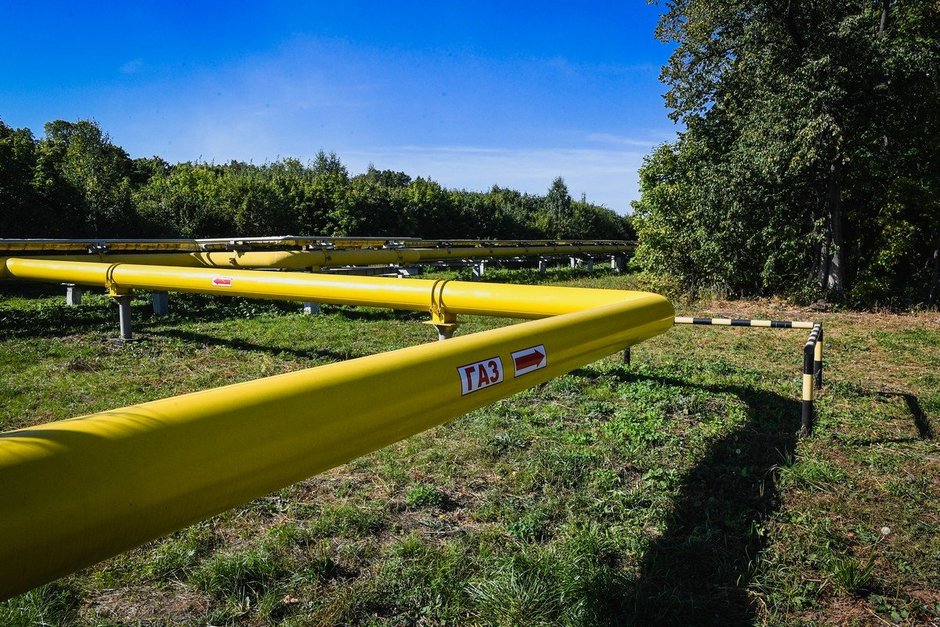 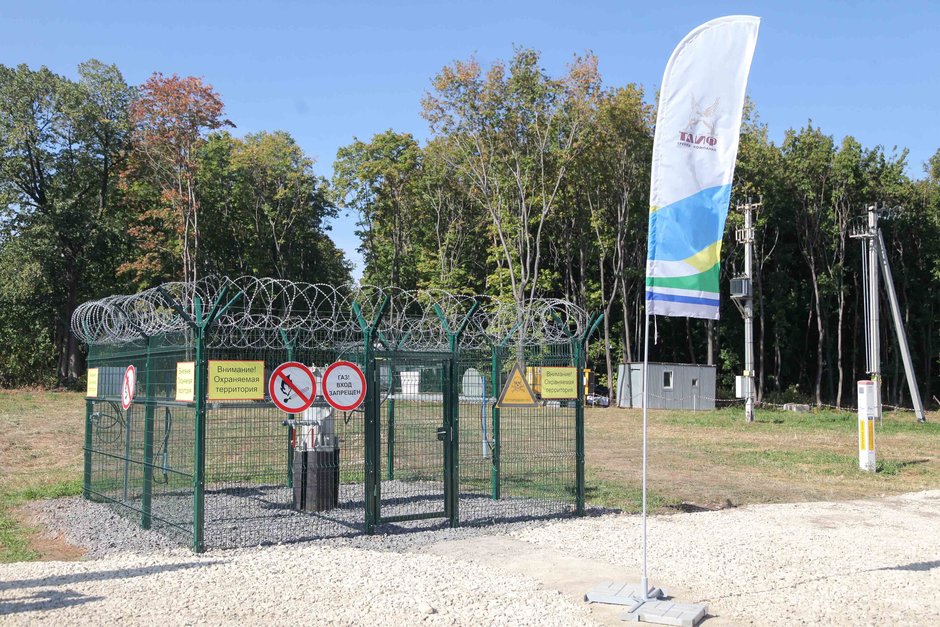