Leader of United Russia Dmitry Medvedev has discussed the work of the party regional headquarters on the fight against coronavirus. Tatarstan reported on the transfer of part of the party funds for the purchase of travel tickets and petrol for the volunteers, the installation of 300 parcel automats in high-rise buildings, agreements with big businesses for support, thanks to which Naberezhnye Chelny will soon start producing 5 million face masks a month, and there will be free refuelling for ambulance cars in the cities of the south-east of Tatarstan. Medvedev called on party members to adopt the experience of Moscow and Nizhny Novgorod in delivering doctors to and from shifts and organizing free hot meals for them.

Help from volunteers — for the elderly, legal support — for businesses

The day before, leader of United Russia Dmitry Medvedev held a meeting via videoconference with the representatives of regional party volunteer centres to combat the spread of coronavirus infection. Heads of regional departments in Tatarstan, Moscow, Saint Petersburg, Nizhny Novgorod, Smolensk, Bryansk and Sevastopol shared their experience.

“It is clear that the situation in different regions is different: somewhere it is more difficult, somewhere it is better. But in general, we proceed from that we are still able to prevent a sharp spread of the disease," the party leader said.

Medvedev noted that the party is actively involved in the fight against coronavirus and will support citizens in all regions of the country until the epidemic goes down. One of these forms of assistance, he called the creation of the federal situation centre, which handles tens of thousands of calls every day, organizes the work of more than 80,000 volunteers across the country. They deliver food and protective equipment to people, take care of the elderly, and help families of medical workers who are in hospitals around the clock.

The head of United Russia stressed that the assistance provided should be targeted and paid special attention to the need to protect the rights of citizens who are under threat of dismissal or who are forced to go on leave without pay.

“A crisis is a crisis. And such decisions are often made. Somewhere, these decisions are not only not based on the law, they are simply unfair. At the same time, it is clear that the effectiveness of such controls, protection will depend on the general economic situation in the country, support measures provided to businesses, especially small and medium ones, which are bearing the brunt," said the head of United Russia, calling to inform entrepreneurs about support provided on the federal, regional and local levels of government.

The party, according to him, is ready to provide qualified consulting and legal assistance to entrepreneurs. He also urged colleagues to think about additional measures to support SMEs.

Party dues — for the purchase of travel tickets

Leader of United Russia in Tatarstan, Chairman of the State Council of the Republic of Tatarstan Farid Mukhametshin told about the measures taken in the republic to prevent the spread of coronavirus infection. According to him, 41 cases have been identified in the region and 10 people have recovered. Six hospitals, 123 doctors have been involved in the treatment of those who have contracted the virus, and 1,400 ventilators have been purchased.

Mukhametshin said that in the republic, as elsewhere in the country, there is a volunteer centre for providing assistance to citizens, created on the basis of the Public reception of the party chairman in Tatarstan. The number of volunteers is growing, and now those who have their own car are welcomed. The volunteer centre located in Kazan is receiving 150-170 calls a day, and 1,800 requests for targeted assistance have been processed in the republic.

Mukhametshin said that the deputy corps has also been involved in this work. “They help specific people in their electoral districts. This applies to both single-member candidates and those who were elected by a party-list system. There are many facts when they buy food for single people with disabilities, the elderly, and also offer other services. Sometimes the citizens who have applied to us need not so much food as legal or other advice," the secretary of the regional department said.

The head of the Tatarstan parliament reported that a decision was made in the region to allocate part of the party contributions in the amount of 500,000 rubles for the purchase of travel tickets and petrol for volunteers.

Among the innovations supported by Tatarstan President Rustam Minnikhanov, Mukhametshin called the installation of parcel automats in high-rise buildings in order for residents to receive goods ordered via the Internet contactless. At the moment, there are 300 such postamats, and their number will grow.

Representatives of the party agreed with religious leaders to perform prayers and services at home, rather than in mosques and churches, and also negotiated for support from large businesses. For example, in the coming days, China is receiving equipment for the production of medical masks with a capacity of 5 million pieces a month.

“This equipment comes on April 8 at the maximum, and we are launching it in Naberezhnye Chelny in the coming weeks in order to provide our people with protective masks," the speaker of the parliament said.

The line was purchased at the expense of a resident of Nizhnekamsk PSEDA — Iron company. Also, residents of Alabuga SEZ — Saria Bio-Industries, the SEZ management company, Transneft, Tatneft and others-are setting up the production of scarce products.

Nizhnekamskneftekhim purchased specialized equipment for the production of medical masks. The automated line will be installed on the basis of the subsidiary of Nizhnekamskneftekhim — Polymatiz. Masks will be provided to the many thousands of Nizhnekamskneftekhim staff, as well as all those in need. Soon the problem of shortage of these medical products will be solved for the entire petrochemical capital. The enterprise handed over the non-woven material for making more than 100,000 masks to the leadership of the city and the doctor Kamskopolyansky neuropsychiatric residential care home.

Finished products will be distributed to volunteers and medical workers.

Among other “interesting” initiatives, Mukhametshin called Tatneft's decision to provide free fuel to ambulances cars for the cities in the south-east of Tatarstan. “The director general is signing the order today and will help the healthcare sector until the end of this difficult period. This is very important, it is a serious support," he stressed.

The company also purchased 19 tonnes of street cleaning disinfectant, which it handed over to local utilities.

As for assistance to small and medium-sized businesses, Farid Mukhametshin announced the creation of a working group in the republic under the leadership of Tatarstan President Rustam Minnikhanov. The group is considering all incoming proposals on a weekly basis in tandem with the federal government because some decisions must be made at the Moscow level.

Hot meals can be arranged for doctors in all regions

Other regions also shared their experience. The Moscow headquarters spoke about building targeted assistance, including to doctors who are on the front line of the fight against coronavirus. In particular, the youth wing of the party is delivering water, tea and fruit for doctors to the 15th city hospital, where a large number of sick people are concentrated, and also negotiating on their transportation to work and home. Denis Asherov, a Young Guard of United Russia activist, even offered his senior comrades to provide their official cars for this purpose.

Among the good news is the purchase of vehicles using party funds, which will soon be delivered to the regions. Each will have one or two cars.

Dmitry Medvedev supported the initiative of the Moscow activists, saying that there is no more important goal than the delivery of doctors to work and home from shift and asked all regions to introduce this practice in their own places.

The Smolensk headquarters has launched an active campaign to inform the population in social networks, which are actively used by citizens. According to them, this has strengthened the party's credibility and even attracted new members to it. Medvedev called attention to this experience.

But most of all, he was impressed by the initiative of Nizhny Novgorod to provide hot meals to doctors, which was told by Governor Gleb Nikitin. The regional budget not only feeds 750 doctors but also supports catering enterprises that belong to small and medium-sized businesses. According to the speaker, in the near future the number of orders will be increased to 2,000, as volunteers will also receive free food.

“It's good practice to order food preparation. It helps doctors and entrepreneurs. It is necessary to spread this experience at the federal level," Medvedev said.

Summing up, the leader of United Russia said that now there is a unique situation where the party can provide real help to people.

“We have an absolutely non-standard situation. This is the first time the party has worked in this way. The situation is difficult both in the world and in our country. We have always been proud of that we have the largest party and people vote for us. All this is good, but all this is necessary in the current situation, first of all, to help our country and our people overcome this very difficult challenge. In these circumstances, our party has huge opportunities and enormous responsibilities. Let's prove in practice that the support we have always received from our citizens is not accidental.” 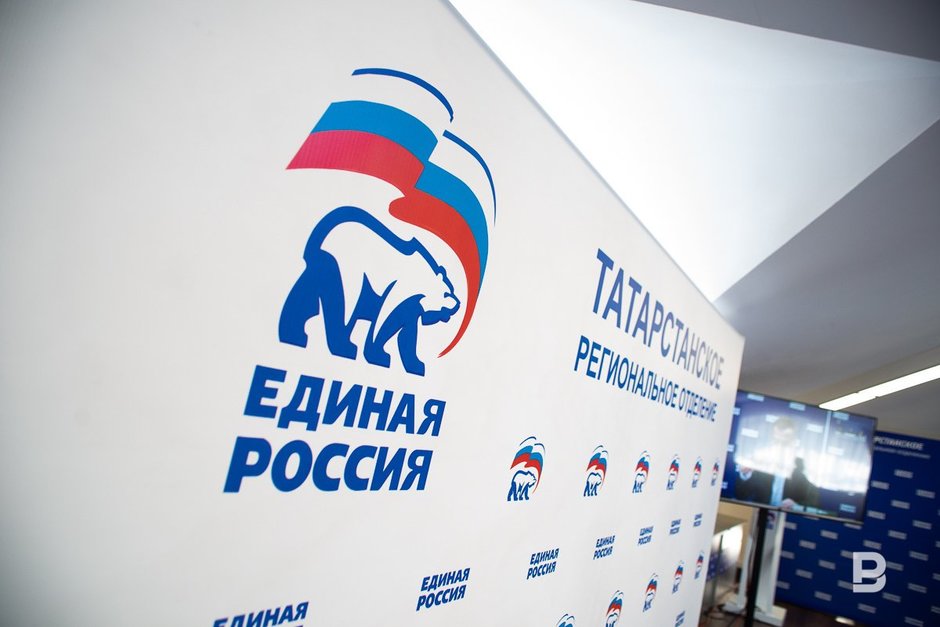 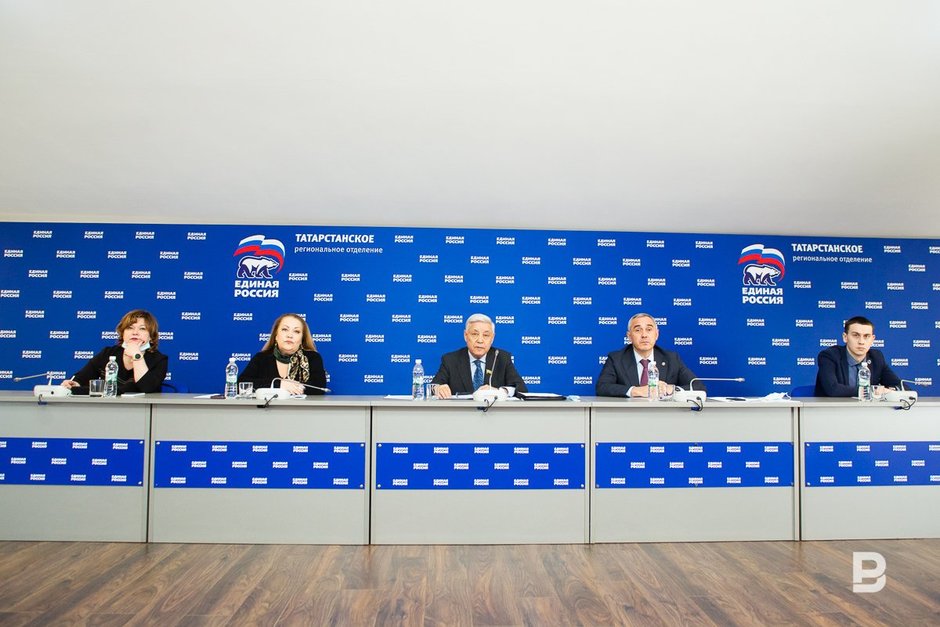 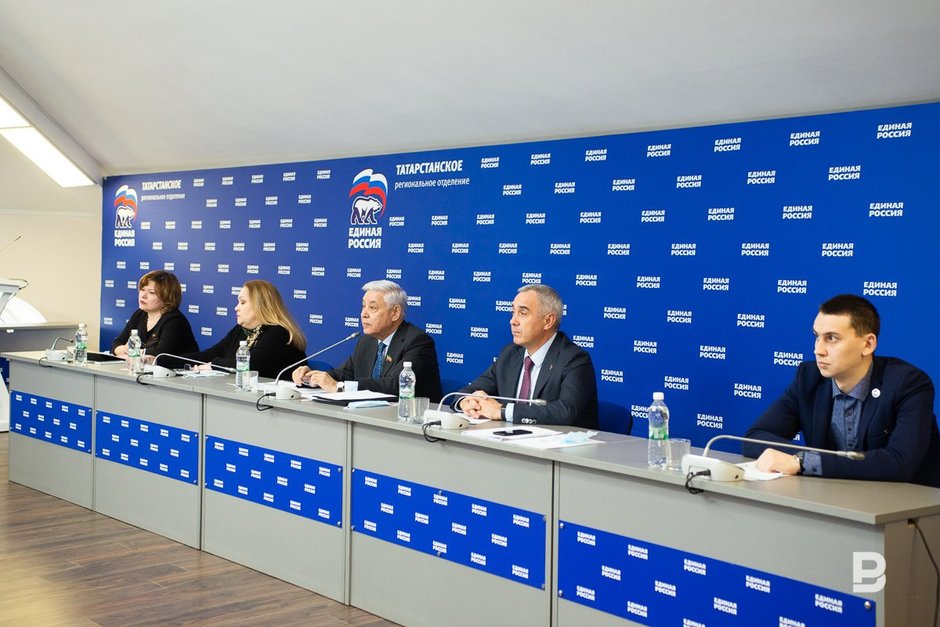 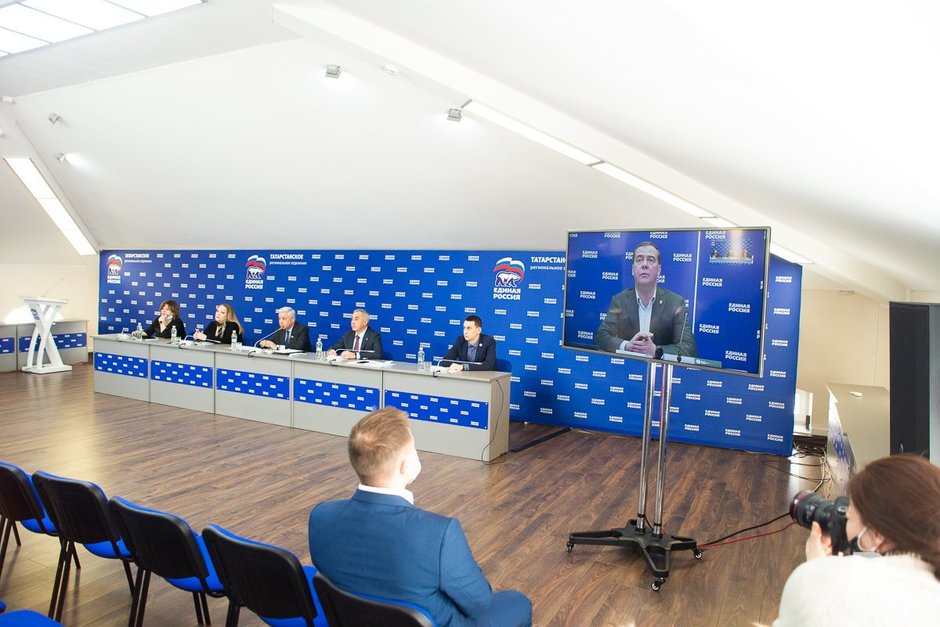 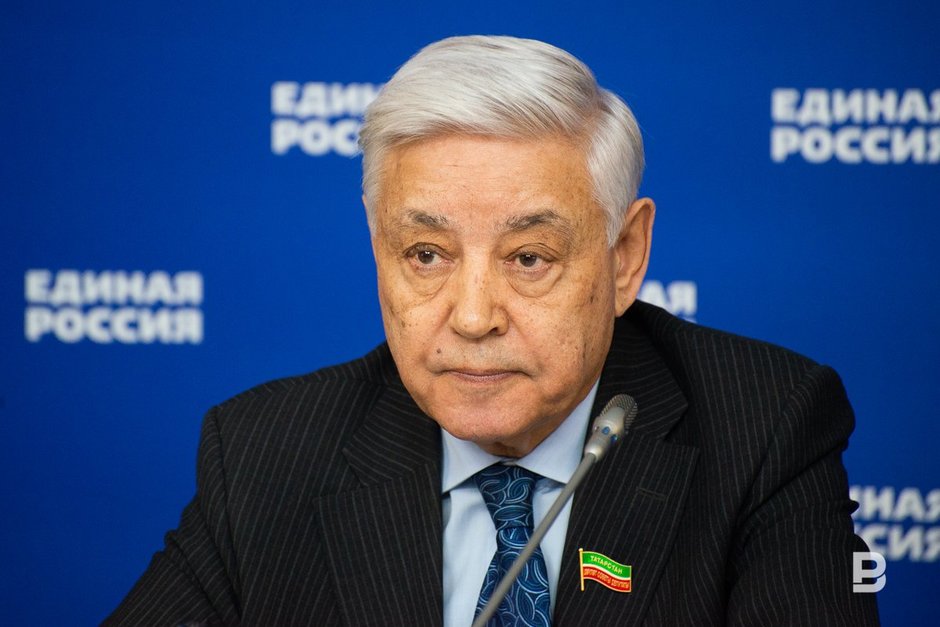 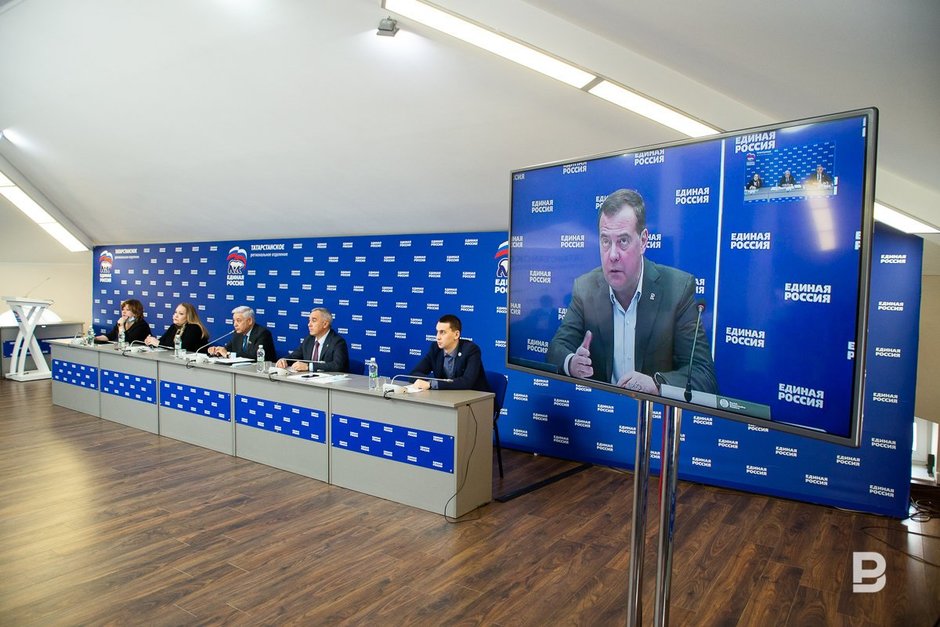 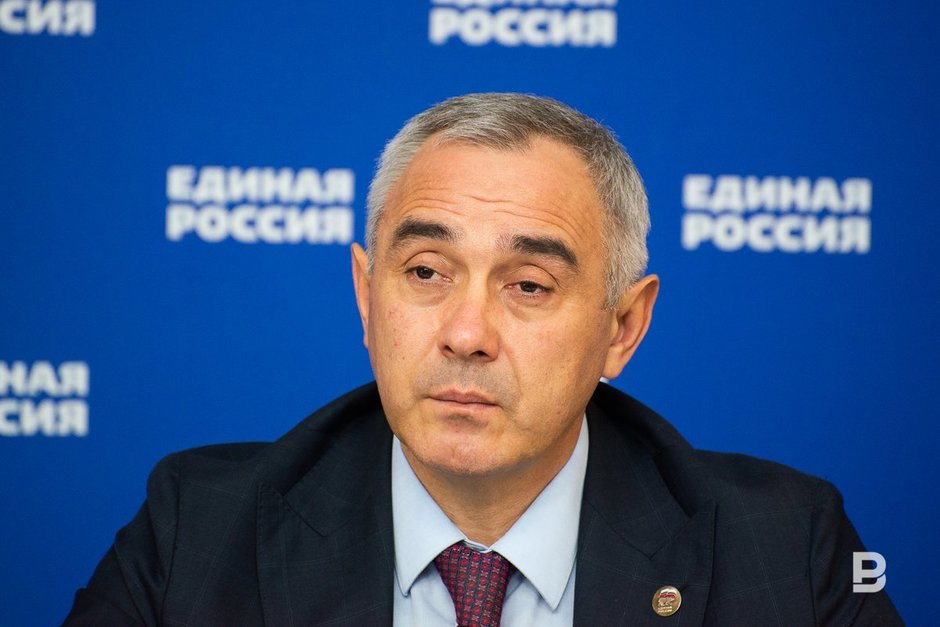 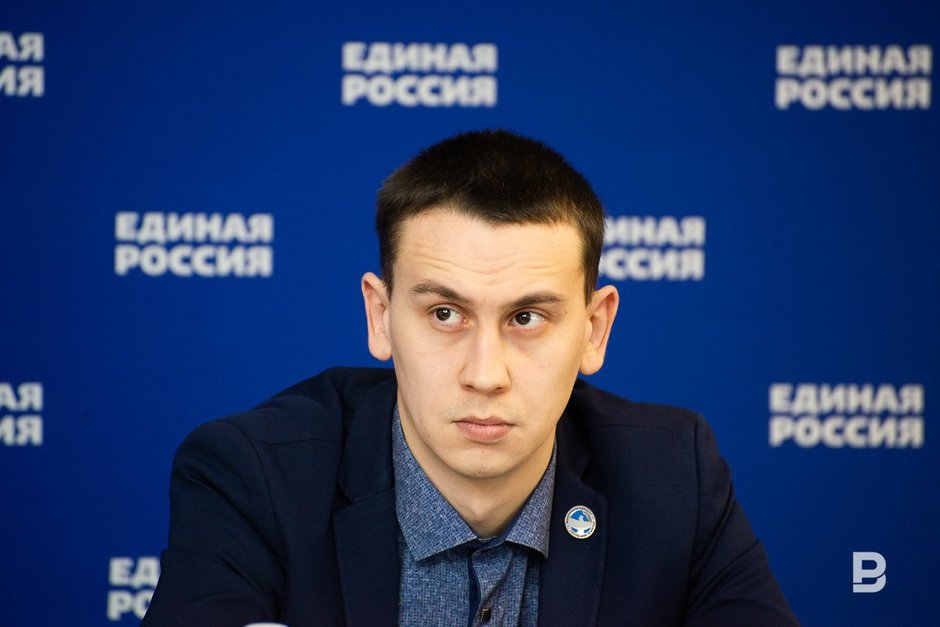 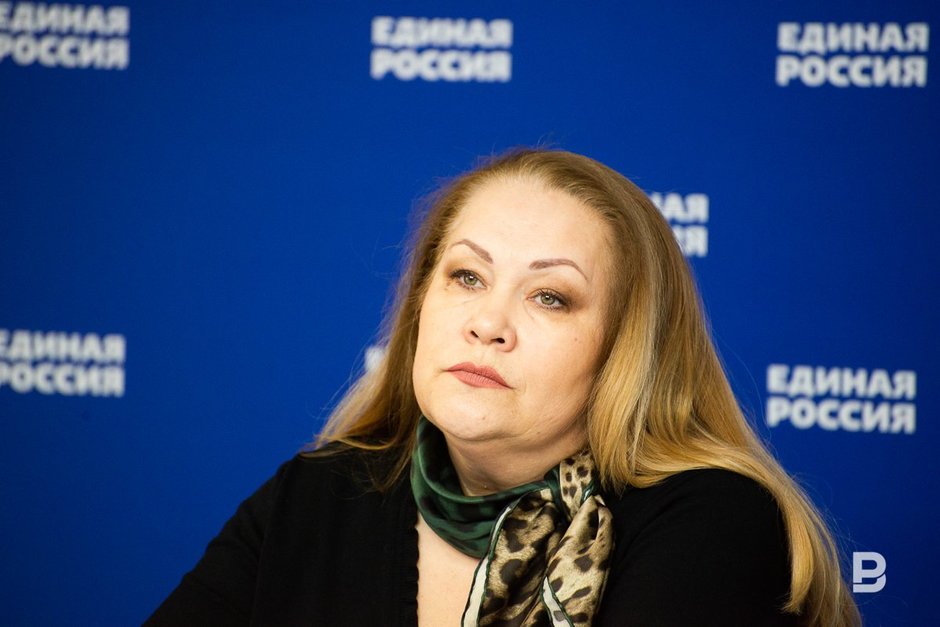 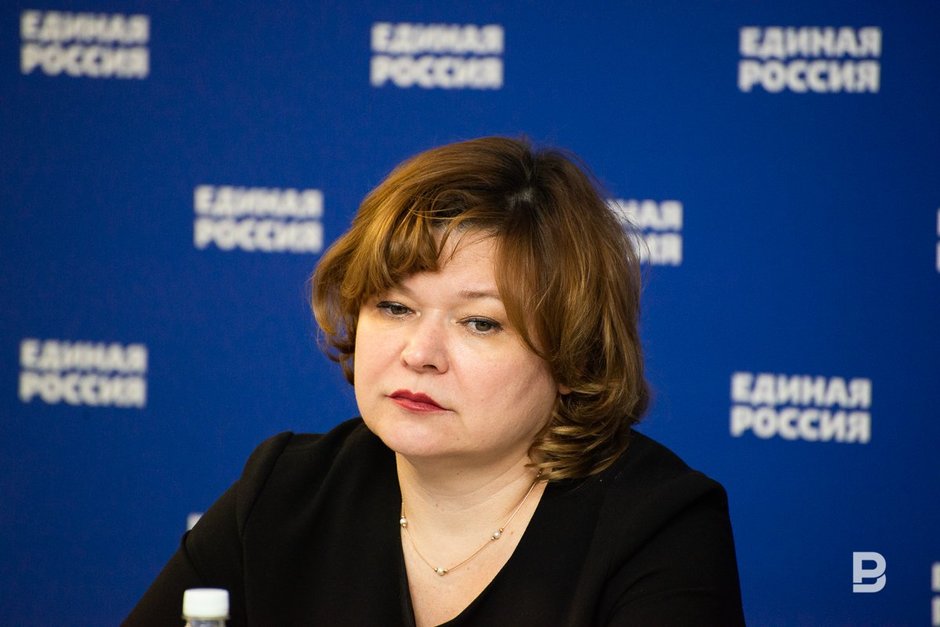 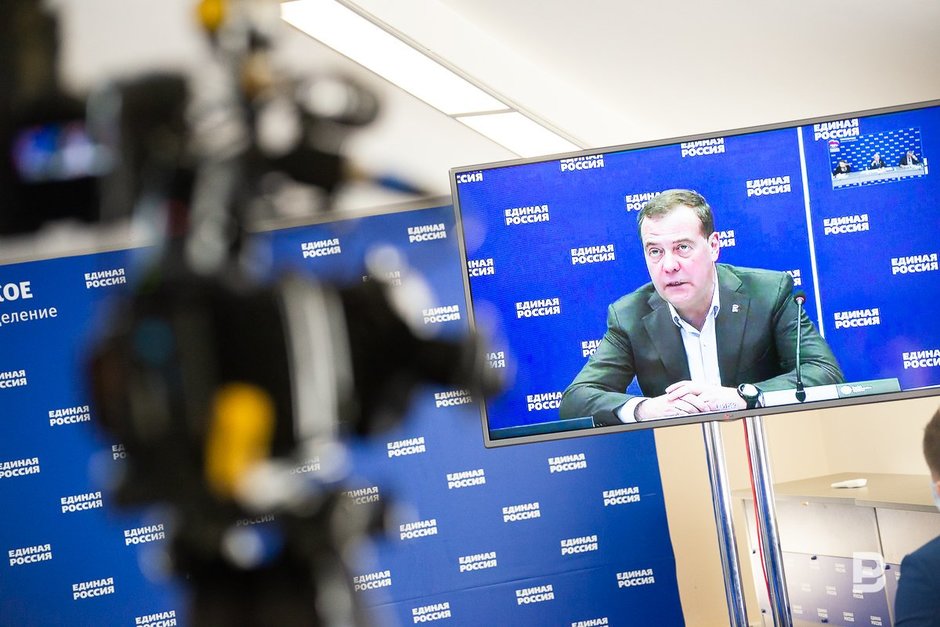 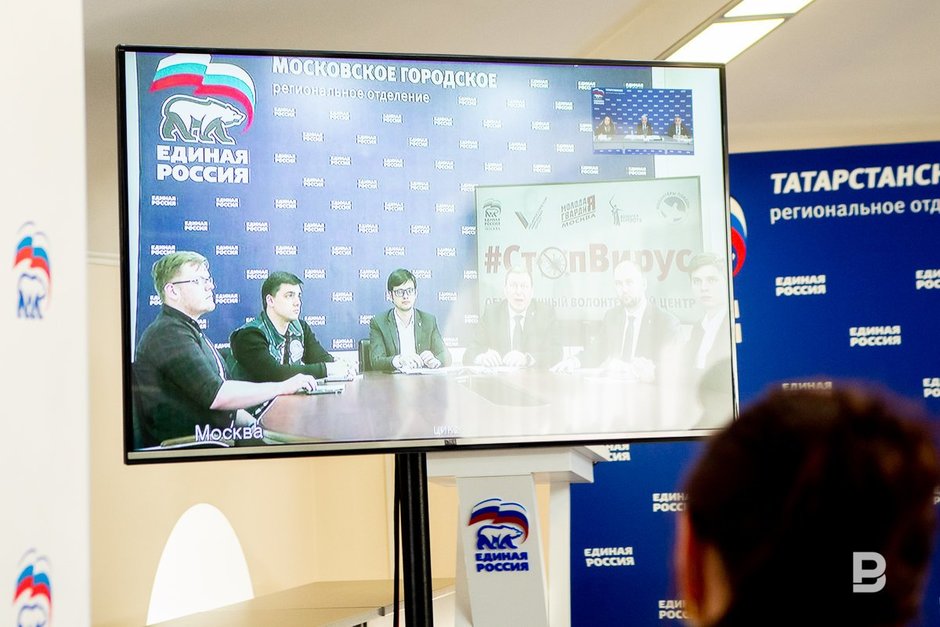 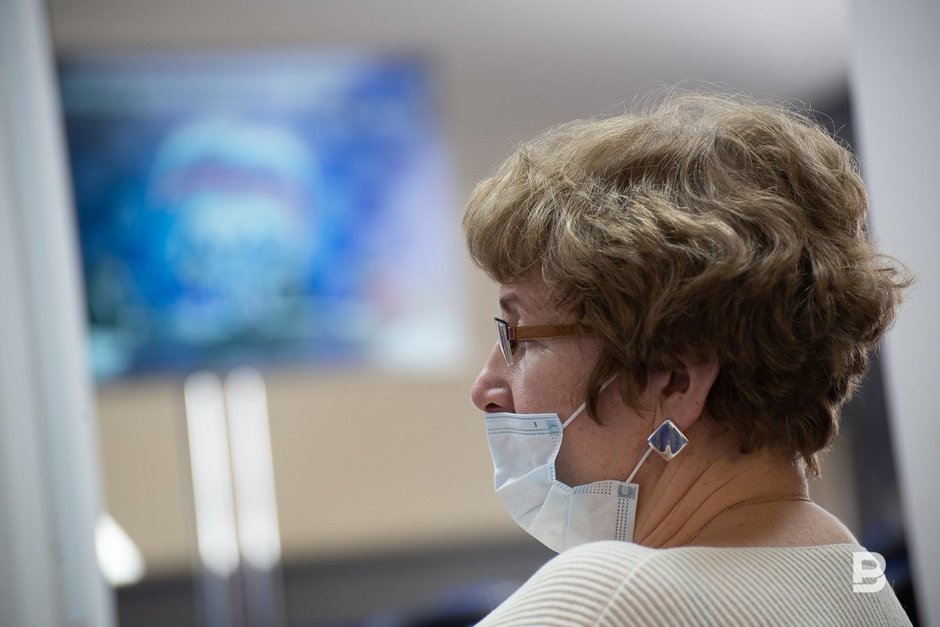 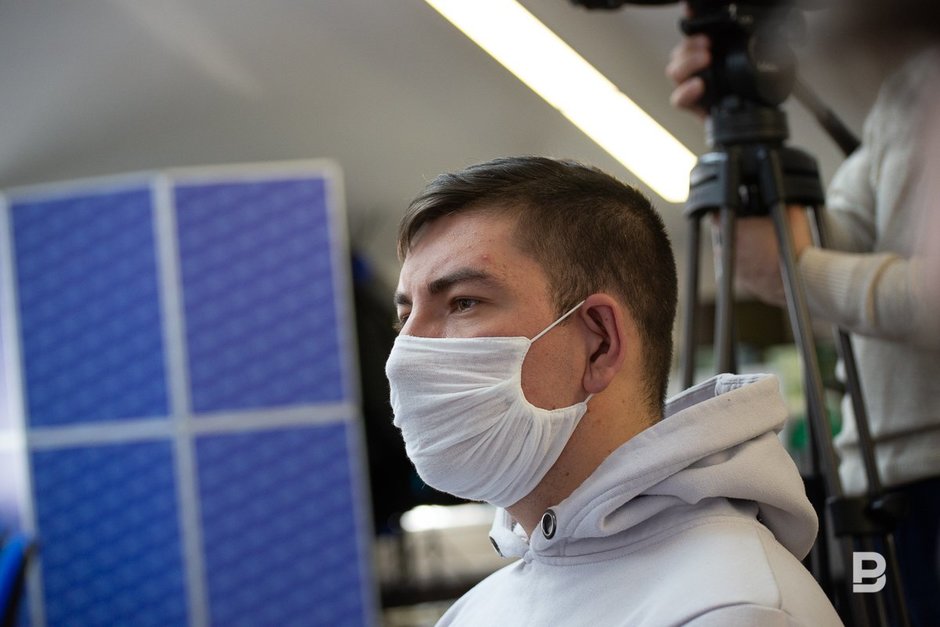 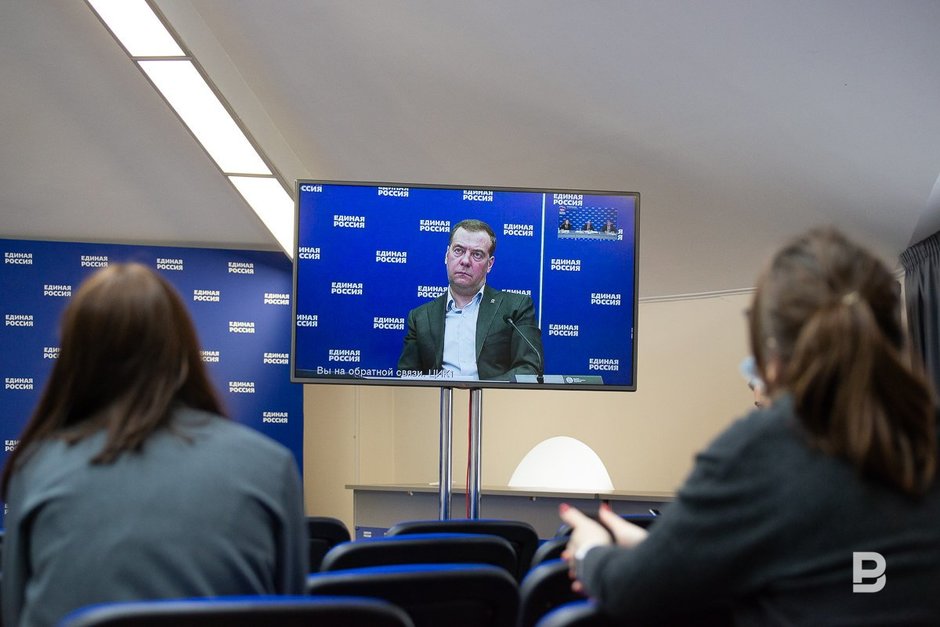 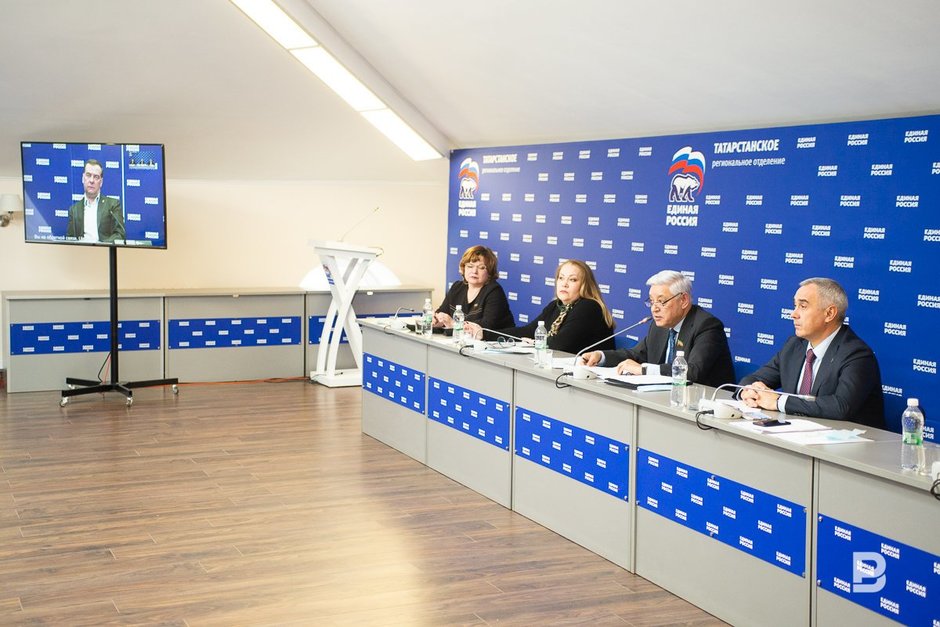 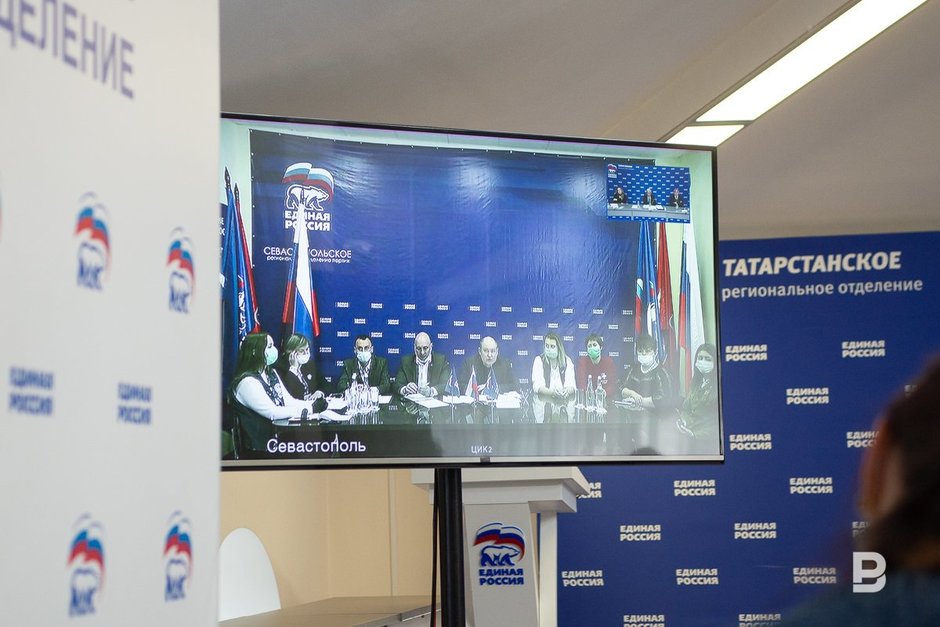 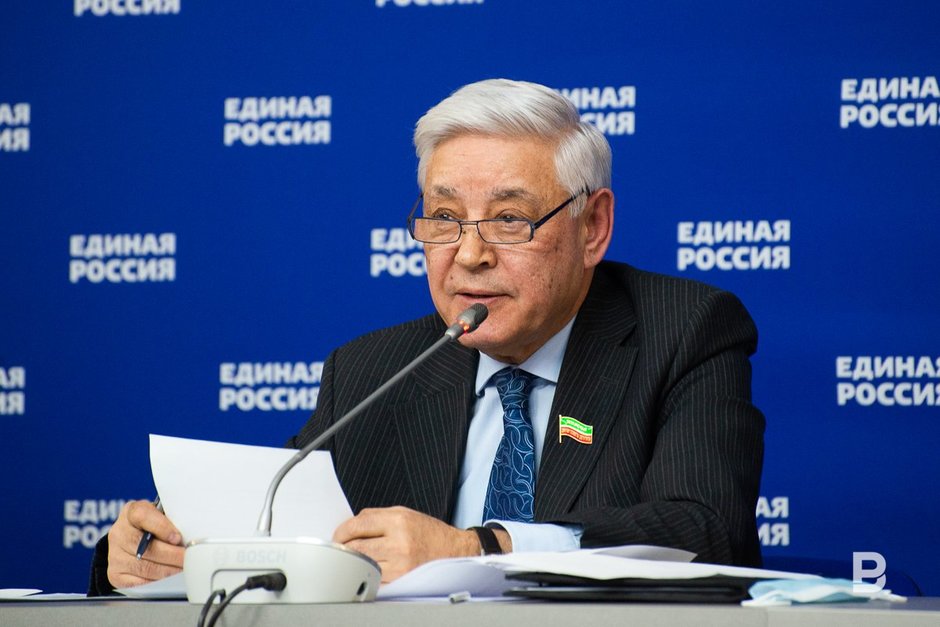