Marat Zyabbarov: “By coming together, we can reduce costs and less depend on market fluctuations”

The minister of agriculture of Tatarstan has urged farmers to work together, reminding about the grant support of cooperatives up to 70 million rubles

How will association help farmers become stronger and more successful in the market? What does the head of the Association of Peasant Farmsteads think about his “imaginary imminent resignation”? What volume of gross agricultural products does Tatarstan owe to family farms, personal farmsteads and other small forms of management? The newly-made head of the ministry of agriculture of the Republic of Tatarstan Marat Zyabbarov discussed these and other topic in the conversation with farmers. Read the details in the material of Realnoe Vremya.

“He is not leaving, he continues to work”

The enlarged meeting of the council and presidium of the Association of Farmers, Peasant Farmsteads and Agricultural Consumer Cooperatives of Tatarstan has become the first for the newly-made minister of agriculture of Tatarstan, Marat Zyabbarov. Let us remind that he took the position just a month ago. For the last two years, Zyabbarov has headed the Buinsky district, and 4 years before it, he worked as the deputy of the former minister of agriculture, Marat Akhmetov.

“I would like you to welcome Marat Azatovich because it is the first time he has held this meeting as the minister of agriculture and food of Tatarstan,” Chairman of the Association of Farmers Kamiyar Baytemirov opened the meeting.

Later in the course of the meeting, Baytemirov returned to the issue of personnel changes, but this time commenting on rumours about his own resignation. He called the information in mass media about his retirement “fake news or just someone's opinion”, and Mr Zyabbarov added, “In short, he is not living, he continues to work.”

“Only by coming together, we can reduce costs”

“From year to year, the share of small forms in animal husbandry, poultry farming, crop production grows. For 9 months, the growth of production in livestock in small businesses increased by 27%. We produce more than 50% of gross agricultural output, the growth index of peasant farm enterprises amounted to 113%. This shows that farmers occupy a worthy place in the production of agricultural products in the Republic of Tatarstan,” Kamiyar Baytemirov addressed the participants of the meeting.

The speaker added that state support measures allow farmers to develop and increase the production volume. For example, 124 novice farmers received grant support for a total of 250 million rubles, 350 million rubles were allocated for the development of 46 family livestock farms, and 26 agricultural cooperatives received 375 million rubles in 2019.

“Over the past two decades, the status of small businesses has grown significantly, largely due to the development of farms, which annually grow by 15-20 per cent in gross output volume,” the minister of agriculture of the Republic of Tatarstan replaced Baytemirov. “If in 1999 farmers produced agricultural products worth 179 million rubles or less than a per cent of the total gross output, then in 2018 — 19 billion rubles or 8 per cent of the regional volume. In general, the share of small forms increased from 47 to 52 per cent.”

According to Marat Zyabbarov, one of the key tasks now is to strengthen the work on the organization of sales to the population and the development of cooperatives.

“Only by coming together, we can become stronger, reduce costs, become less dependent on price fluctuations of the market,” the minister believes.

During the meeting, the chairmen of agricultural cooperatives from several districts of Tatarstan shared their experience of doing business, and also voiced in the presence of the minister a number of problems they had to face: they were talking about access to veterinary services, fuel, pricing and the allocation of land. The new minister did not answer all the questions in detail but assured those present that all of them would be considered.

Also, Chairman of the Association of Farmers Kamiyar Baytemirov voiced a range of difficult issues. In particular, he appealed to Marat Zyabbarov with a reminder that “new technologies require new investments”.

“The agricultural exhibitions show an increase in the quality of technological effectiveness of the presented exhibits, respectively, there is an increase in prices incommensurable with the profitability of agricultural producers. Therefore, Mr Zyabbarov, we are appealing to you to reconsider the bringing of subsidies to attract machinery and equipment to recipients both by amount and by time, setting a quota for small farms, and for promising areas of development — other amounts of subsidies,” the head of the Association of Farmers said. “I can also assume that changes are expected to bring unrelated support to recipients. Of course, it is necessary to approach differentially, it is necessary to look at why and how farms cannot receive this support. Just the money is allocated.”

The minister of agriculture immediately reacted to Baytemirov's latter statement: “Why didn't you receive it? Didn't they convey the information or what? We need to figure this out.”

Also, at the end of the meeting, the participants were reminded about the Marketing Centre of the Republic of Tatarstan and the aggregator Exchange Platform, which provide an opportunity for local entrepreneurs to find a supplier or customer free of charge. The minister personally recommended that farmers study them carefully. 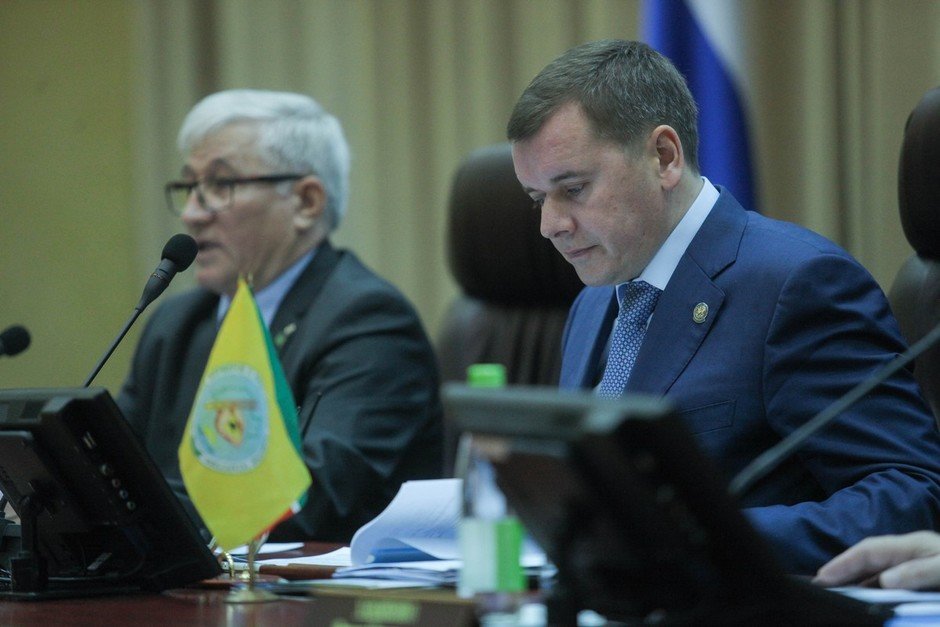