Marat Galeev to Talgat Abdullin: ''You overestimate those who work in the executive branch''

At the visiting session of the committee of the State Council of the Republic of Tatarstan in Khimgrad technopolis, the deputies returned to the forgotten topic of industrial parks, which are again pumped up with state investments, listened to the preliminary report of the government for 2018 and argued about the lofty matters in the political economy: can the lack of investment guidelines ruin the capitalist economy if five-year planning ''broke the head'' of the Soviet economy?

Today, deputies, members of the committee on economy, investment and entrepreneurship of the State Council of Tatarstan, headed by its Chairman Marat Galeev, held a visiting session in Khimgrad technopolis in the city of Kazan, paying special attention to the infrastructure development of industrial parks in the region.

By and large, this topic can hardly be called debatable because the ideology of artificial cultivation of industrial parks in the republic has long been formed and is perceived by businesses positively, without generating opponents in the business environment. If it is worth waiting for some transformations, then certainly not with a rollback. It has been the practice of the last two decades to set up industrial parks on the basis of the collapsed Soviet enterprises, the rudiments of the past. What else can bloom here? So the parliamentarians had no choice but to draw a line under this industrial ''inflorescence''.

Ahead of Alabuga in industrial park rating

Before the meeting started, members of the committee almost in full visited the industrial buildings of Khimgrad technopolis. Telling once again about the history of resuscitation of the giant of Soviet chemistry, Tasma plant, which was bankrupt twice, Director General of Khimgrad Ayrat Gizzatullin said that the rebirth in the technopark was held with the support of private investors. Over the past 11 years, they have invested almost 20 billion rubles in the development of the territory, while the state — only 1,8 billion rubles. ''That is, for each ruble of state investments it has been made 11 rubles of private investments there,'' said Gizatullin. 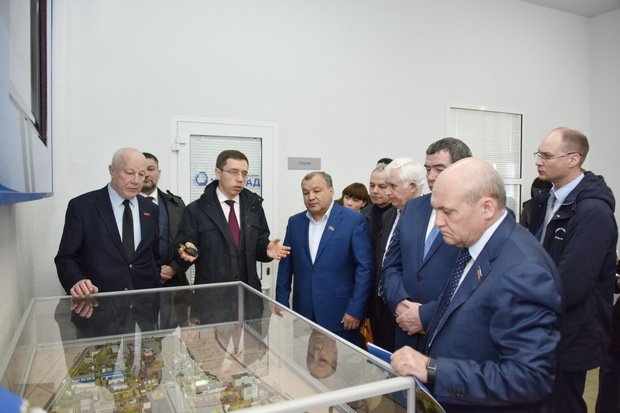 Paradoxically, at the same time Technopark OJSC remains 100% in state ownership of the Republic of Tatarstan. ''The ministry of land and property of the Republic of Tatarstan owns 100% of the shares,'' said Gizzatullin in passing. In addition, he said that more than 290 companies are working in the territory of the technopolis, which invested in the reconstruction of buildings and structures, construction of their own facilities and technological lines. Last year, they produced products worth 33 billion rubles. Later, Ayrat Gizzatullin told the deputies that the president of the Republic of Tatarstan set the task to reach the volume of 1 billion dollars by 2026, that is, they have to jump over their heads and double the production.

During an hour-long tour around the industrial park, the deputies curiously looked at Kazan Ammonia in miniature: the republican engineering centre of biotechnology launched fertilizer production. Talgat Abdullin, however, did not like the sorting of liquid fertilizers.

However, the deputy landing force not accidentally landed on the territory of the flagship of the industrial parks of the Republic of Tatarstan. Khimgrad Technopolis expects the second wave of state investments that will allow it to welcome new residents. During the tour, the First Deputy Minister of Economy of the Republic of Tatarstan — Director of the Department of Business Development Rustem Sibgatullin told Realnoe Vremya that the Kazan technopark won the competitive selection for the national project ''SME and support for individual entrepreneurial initiative'' and will receive 500 million rubles for infrastructure renewal during 2019-2020. These funds will be used to reconstruct seven production buildings with a total area of 32,000 square metres, which will allow to accept 40 new residents.

Before that, a few years ago, Khimgrad only once managed to pass the competitive selection of the ministry of economic development of the Russian Federation, so the technopolis received 1,8 billion rubles from the budgets of the Russian Federation and the Republic of Tatarstan. ''Then for the first time in 20 years we renewed all the main networks, eliminating the backlog,'' said Gizatullin. At this time, Khimgrad was not the only recipient. Along with it, the industrial parks in Tyulyachi and Saby were also recognised фы the winners (the latter this year will receive 250 million rubles for 2019). 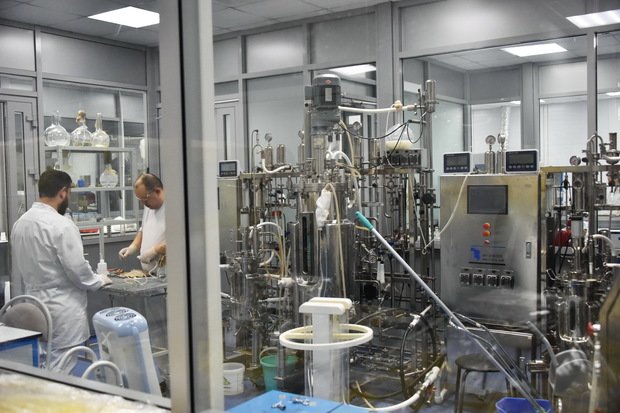 There are more than 290 companies operating on the territory of the technopolis, which have invested in the reconstruction of buildings and constructions, construction and technological lines. Last year, they produced products worth 33 billion rubles

Reporting on the state of industrial infrastructure at the visiting session, the first deputy minister said that Tatarstan is one of the centres of industrial parks. Referring to the data of the Association of Industrial Parks, he said that more than 10% of all industrial parks in Russia and more than 30% of residents are concentrated in the republic. ''There are 85 objects of engineering infrastructure: 71 industrial sites, 14 industrial parks, where 26,000 jobs were created. The increase in the form of revenue is huge — 143 billion rubles.'' At the same time, Khimgrad is fully loaded and can no longer expand its territory. ''We have no reserves for extensive growth, the site is loaded,'' Gizzatullin reported. According to him, there is only one way — to switch to two-shift work to reach the target level of $1 billion.

What else does the ministry of economy in the portfolio have for residents?

Rustem Sibgatullin said that this year the authorities want to solve two long-standing problems of residents regarding the high cost of electricity in parks and transport accessibility. According to the deputy minister, the high cost is explained by that the energy comes from a low voltage level, so the transition to high-voltage networks is needed. The president agreed to allocate 100 million rubles.

Besides, financial support measures will be expanded for residents to subsidize the interest rate on loans. If earlier the limit for one resident was 5 million rubles, now they plan to expand it to 10 million and allow subsidizing working capital. In conclusion, Sibgatullin said that the concept of infrastructure development for the next 5 years is focused on the creation of a system of production cooperation for the purchase of equipment in collective ownership. 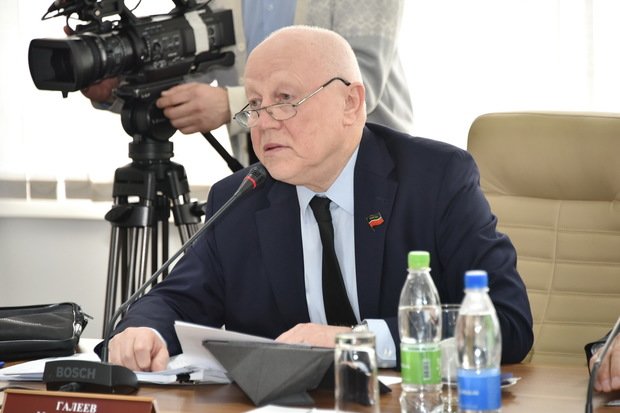 Marat Galeev: ''Talgat Midkhatovich, we should to meet and drink tea…''

''Well, Talgat Midkhatovich, we can't fix it without drinking''

After discussing the draft report of the government of the Republic of Tatarstan, which will be submitted to the State Council on April 22, Talgat Abdullin made a comment. ''Do we have investment guidelines, as the economy is blurred, and there seem to be market institutions and a competitive environment, but the role of the state is growing and the law of proportional development does not work. How will the economy develop further?'' he addressed the question to Deputy Minister of Economy Oleg Pelevin responsible for strategy.

''You overestimate the capacities of people who work in the executive power,'' Marat Galeev tried to interrupt the colleague. ''None of them is able to predict the development of technological progress. This was the trouble of the Soviet economy, when there were not enough shoes. Gosplan was finally asked the question: are you able to produce so many pairs of shoes and to end the deficit in the Soviet economy? Those told — let's undertake, counted: age structure, sizes, how many children were born — everything was counted. They achieved success, the target figures, but the deficit was not over. It only intensified, because the law of proportional development, as it was practiced in the Soviet economy, led to its death. This is the lesson that has been proven by the practice of implementing this law. It worked in the economy that grew from zero point in the first five-year plan.''

The dialogue on high matters in the political economy was gaining momentum.

''In general, the definition of promising areas of science and technology is a complex problem. There are a lot of equations that need to be solved… Well, Talgat Midhatovich, we cannot deal with this without drinking, we need to meet and drink tea… So, do we recommend the government report to the agenda of the meeting of the State Council?'' Galeev asked again and received the affirmative answer.