Vasily Likhachyov, politician and diplomat, dies at the age of 67 whose role in the formation of the contemporary history of Tatarstan and Russian cannot be overstated

Vasily Likhachyov, a politician who played a big role in the contemporary history of Tatarstan, died on 8 April. Vasily Likhachyov worked in federal authorities and represented Russia abroad. Likhachyov died after a lasting illness at the age of 67, six months later after voluntary redundancy as a member of the Russian Central Election Committee. Likhachyov was one of the authors of the first Agreement between Tatarstan and Russia, the formulation of ''associated membership'', which allowed reaching a compromise in relations with the federal centre, belongs to him.

Vasily Likhachyov is remembered today, people are expressing their condolences to his relatives not only in Tatarstan where he played the key role in the formation of the republic but also in Russia. Likhachyov was a politician at the federal level. In the last years, he worked in the Central Election Committee and supervised elections outside Russia. He left the post in September 2018. It was said Likhachyov started to have disagreement with Ella Pamfilova on views on work, the politician himself explained the departure saying he performed the task he had been given.

''I recently saw him, I knew he was ill, but he was doing well, it wasn't apparent he was fighting a serious condition. As usual, he smiled, was merry, witty, active. It was very unexpected,'' Oleg Morozov, senator from Tatarstan, remembers the last meeting with Mr Likhachyov.

Likhachyov began his road to politics in Kazan. In 1988, Oleg Morozov and Andrey Busygin (Editor's Note: deputy minister of culture of Russia in 2008-2013) came to work to the Tatarstan regional committee of the CPSU. 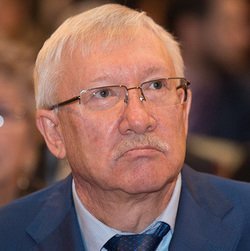 ''There was a funny story then. Three young docents came to the Tatarstan regional committee without experience, directly from the university and chaired three departments. It was a beautiful idea of [first secretary of the Tatarstan regional committee of the CPSU Gumer] Usmanov to invite young guys without experience but with some university background to work in the party,'' Oleg Morozov told Realnoe Vremya.

Likhachyov was the second person in Tatarstan, the vice-president of the republic in 1991-1995, then the chairman of the Tatarstan State Council. Global changes in the political order of Russia and Tatarstan preceded this.

''No politician isn't able to solve problems if there is no team nearby, even the brightest politician like Mr Shaimiev, and Likhachyov, Farid Mukhametshin and later Rustam Minnikhanov were the first president's team. Likhachyov was the second person and personified the position of the Russian part of the population, as it was important that Shaimiev was the first person and a person close to him had a Russian last name. This was important for the interethnic balance, to make uneasy decisions, to defend these decisions as a team, and here Likhachyov's role cannot be overstated. He was a universal person – a scientist, practical politician and reliable comrade. There was no case to reproach him for. He was perfect regarding both friendship and views,'' Morozov remembers Likhachyov. ''He remained a very cultured person in any dialogue, whether it was public and private''

Lyubov Ageyeva, his press secretary from 1995 to 1998, editor-in-chief of Kazan Histories magazine, notes that Vasily Likhachyov's work in Tatarstan coincided with uneasy years and mentions his role in this process.

''We often say that a person made a big contribution to the common business, it's such a common phrase. But as for Mr Likhachyov, we can say he did contribute. It was he who gave the formulation of associated membership of Tatarstan in the Russian Federation. This formulation managed to reach a mutual understanding, reach a compromise they had been looking for and hadn't managed to find. He made a specific contribution to the history of the relationship of the republic and the federal centre and was directly involved in its regulation,'' says Ageyeva. 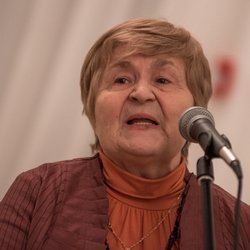 Ageyeva remembers Likhachyov as a surprisingly cultured politician different from his colleagues.

''He somehow managed to exist in laws of the authorities as a person not steeped in tradition that authorities had. When he worked in our parliament, there wasn't strict subordination, deputies talked with him as with their equal, as a comrade, criticised, sometimes offended him during discussions. But he remained a very cultured person in any dialogue, whether it was public and private. And it was probably hard for him to work in the parliament. It made me sad that there was a lot of innuendoes around his figure, he was blamed for all sins, and often unfairly. But he always loved Tatarstan. He was offended here so much that he could shut the door and forget everything. But he always thought about the republic and always tried to help. In Brussels (Editor's Note: Likhachyov was a permanent representative of Russian in the European Community in Brussels in 1998-2003), he clearly promoted Tatarstan among other Russian regions.


I've seen comments on the Internet, and people are sincerely expressing their condolences to his relatives and note the same qualities I mentioned. It means not only those who worked next to him but all others saw it. It's a big loss for us,'' says Lyubov Ageyeva.

''Though he didn't speak Tatar, he did understand the Tatar speech''

Condolences to Vasily Likhachyov's relatives are coming now from all Russia. Apart from foreign affairs, he was also responsible for elections in Nizhny Novgorod, Omsk, Samara and Rostov Oblasts. He supervised Mari El, Mordovia, Udmurtia, Penza Oblast. But his death shocked most those he worked in Tatarstan with for long. 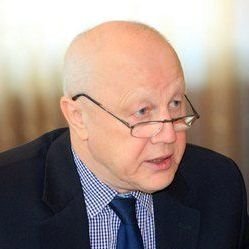 ''Still working in the administration of the CPSU regional committee in the 1980s, Mr Likhachyov showed himself as not only a qualified lawyer but also a creative person. In the early 90s, the first Agreement in 1994 was created together with him,'' says Marat Galeyev, the chairman of the Committee for Economy, Investments and Entrepreneurship of the Tatarstan State Council.

''The legislative framework of the market economy of Tatarstan was created during that period. With the absence of laws at the federal level, the republic's legislative novels in privatisation, development of different aspects of the market economy, creation of investment attractiveness didn't have equivalents in the Federation. These laws were really innovative. By a twist of fate, Vasily Likhachyov didn't work in the State Council the full term, he went to the federal and international level. His years of work in Tatarstan were linked with the formation of new statehood of the republic within the Russian Federation. I will stress once again that in politically conflicts when wisdom, an inclination to compromises were needed, in these processes Vasily Likhachyov's role was significant,'' he noted. 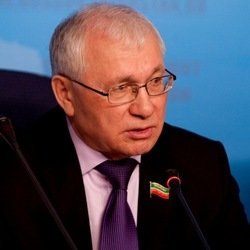 ''Working as the chairman of the Tatarstan Parliament, Mr Likhachyov was also the vice-chairman of the Federation Council of the Federal Assembly of the Russian Federation, this is why he had big authority he used as much as possible to the benefit of Tatarstan. He was a politician at the Russian and international level. He made a big contribution to developing federalism in Russia, particularly in preparing and signing the first Agreement between the authorities of the Russian Federation and the Republic of Tatarstan,'' Razil Valeyev, the chairman of the Committee for Education, Culture, Science in the Tatarstan State Council remembers.

''In the late 1990s, thanks to the wisdom and high professionalism of Tatarstan politicians, it became possible to conserve the interethnic harmony and public consensus in the republic, reach a compromise and a civilised way of managing the crisis in relations between the federal centre and the republic. Mr Likhachyov's humanity and class always impressed me. He liked to read and appreciate literature, was good at art. Though he didn't speak Tatar, he did understand the Tatar speech. He opened parliamentary sessions in the Tatar language,'' Valeyev remembers. ''I knew Mr Likhachyov since university. We studied together in the Faculty of Law at Kazan State University. He was already distinguished by an aspiration for knowledge, professionalism, honesty, responsibility, optimism, class, kindness, responsiveness and attention to people. He conserved these qualities all his life, no matter what posts he worked on,'' notes Shakir Yagudin, the chairman of the Committee for Legality and Rule of Law in the Tatarstan State Council.

''Chairing the State Council of the Republic of Tatarstan in 1995-1998, he did a lot to raise the role and authority of the parliament, including on the basis of well-known principles and norms of international law. He is an authoritative expert in law, a state official and a man with a capital M and will remain so for us forever,'' he is expressing his condolences to Likhachyov's family and relatives. ''I received sad news. Our colleague, famous politician of the republican at the Russian, international level Vasily Likhachyov passed away. He made a big contribution to developing legislation of Tatarstan, strengthening international cooperation, formation of democratic institutions. The memory of him and the uneasy years of joint work will remain in our hearts forever,'' Likhachyov's successor as chairman of the State Council Farid Mukhametshin said on his Instagram account. The news about his colleague's death came when he was on a short holiday.

Vasily Likhachyov to be buried in Kazan.

As the plenipotentiary representative office of Tatarstan in Moscow said, the capital was to say goodbye to Mr Likhachyov in the mourning hall of the Central Clinical Hospital on 25, Marshal Timoshenko Street on 9 April. The farewell ceremony was to begin at 11.00 a.m.

Likhachyov will be buried in Kazan, the place and the lying-in-state are to be defined.

Vasily Likhachyov gave an extended interview to Realnoe Vremya in February 2017 to mark the Diplomat's Day. The newspaper's correspondent talked with him about new ways of diplomacy, trends in international relations, citizens of Tatarstan who distinguished themselves as diplomats, in Russia's foreign affairs.