Russia to present competitor to Boeing 737 MAX this summer

Boeing will soon face a new competitor to the company's 737 MAX model, which was grounded and banned from the airspace of many countries after a recent deadly crash in Ethiopia. Russia is going to show its new Irkut MC-21-300 with a passenger interior this summer at the annual air show, while the completion of certification tests is expected by 2020.

New Russian-made narrow-body jet Irkut MC-21-300 will make its public debut at the 2019 MAKS Air Show, which will be held from 27 August to 1 September in Zhukovsky, says Simple Flying. According to Russia's Minister of Industry and Trade Denis Manturov, the presentation will ''visually demonstrate one of the most important competitive advantages of the Russian airliner – an increased level of comfort – to potential customers and future passengers''.

The third MC-21-300 test aircraft made a successful maiden flight at the airfield of Irkutsk Aviation Plant on Saturday. The plane's producer, the United Aircraft Corporation, announced that no incidents were reported during the 90-minute flight with speeds of up to 500 km/h at an altitude of 3,500 metres. Test flights of the fourth jet of the same model are meant to start later this year, and by 2020, the jet is expected to complete certification tests. 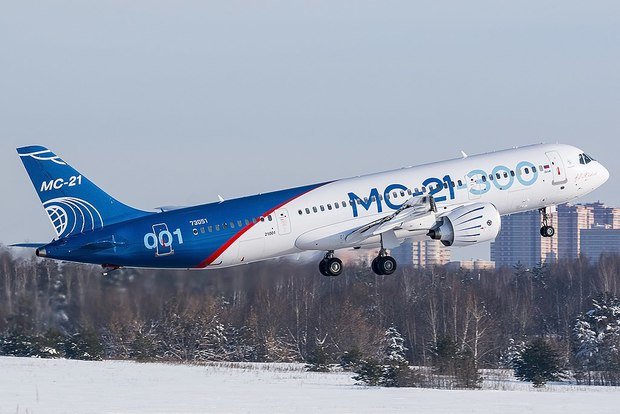 The narrow-body airliner is a potential competitor to medium-haul jets such as Boeing's 737 MAX. The reputation of the latter has been recently tarnished, as planes of this model have been involved in two fatal crashes in less than five months. On 10 March, 157 people died in a Boeing 737 MAX crash in Ethiopia, while a catastrophe in Indonesia in October 2018 resulted in 189 deaths. As a result, many countries suspended flights of planes of that type last week. Boeing had to halt deliveries of the controversial plane, although the corporation claimed it would continue production of the jets.

On Friday, Russia's largest airline Aeroflot announced that it wouldn't proceed with the purchase of the previously agreed 20 Boeing 737 MAX jets for its low-cost subsidiary Pobeda unless the carrier got ''a hundred per cent guarantee that the machine was safe''. Aeroflot was also thinking of ordering 30 more Boeing jets in 2022, according to Vedomosti. However, Russian government officials urged the airline to consider buying domestically-produced MC-21 jets instead of the US-made aircraft.