A new ''bank'' opened in Russia, which in fact turned out a fintech marketplace for telecom, IT companies and financial institutions

A presentation of the first ''bank for the Russian Internet'' VR_Bank took place last week. Experts and market players have already been shaken up after they learnt a new bank would appear in Russia. However, it became known soon the project didn't have a licence of the Russian Central Bank while it has nothing to do with VR. Realnoe Vremya together with experts found out what the new Russian bank looked like.

The presentation of the project VR_Bank founded by experts of the Association Financial Innovations was last Thursday. It should be noted that the announcement of the event as well as the company's name confused some people: the audience expected a presentation of a new financial institution but saw a conference about the fintech site.

As VR_Bank Director General Arseny Polevich explained to Realnoe Vremya, this project performs the role of dark kitchen for banks, mobile and e-commerce as well as IT companies. It's dark kitchen because the project ''provides an individual solution and a full technological cycle, while a client just needs to add his brand or introduce the development into the app or his own ecosystem''. This means the presented company doesn't deal with cash management or debitб including credits, cash machines and so on.

''The worв 'bank' in the name emphasises that we offer a full cycle of fintech services,'' Polevich explains. ''Yes, transactions must be carried out for full implementation of the technology, that's to say, have its own clearing bank. As an AFI marketplace, VR_Bank works in partnership with all financial institutions of the association, which includes over 40 companies, of which about 10 are banks. For this reason, we don't need a licence.'' ''The work 'bank' in the name emphasises that we offer a full cycle of fintech services,'' Polevich explains. Photo: facebook.com/VRBbank

''IT giants and banks have chosen a strategy for purchasing new, ready start-ups and services''

It's known that de jure the company was created in October 2018 (the AFI has already been developing fintech solutions for several years). Officials of the project hope the project to pay back in 1-1,5 years already. The site's target audience is B2B partners in the market: IT companies, banks, mobile operators, e-commerce services, paying agents, bonus and cashback services, MFI, that's to say, the full list of those who need fintech services.

However, speaking about exclusively of banks, we can't help but note the presence of special subdivisions in many credit institutions developing and implementing innovative solutions. And here the question is how feasible it is to attract fintech sites.

''It's correct, banks try to develop innovative solutions inside by creating laboratories or special subdivisions for this purpose. We should understand that it's always an additional area for all banks. If we look at the ratio of resources spent on basic functions (to service clients and functioning implemented products), it is always spent less no special departments. Due to this, such products often lose to external solutions in different indicators (prime cost, topicality, performance). For this reason, IT giants and banks have chosen a strategy for purchasing new, ready start-ups and services in recent time,'' the company's director general comments.

Realnoe Vremya decided to ask experts if there is now a necessity of such a project and if the new fintech marketplace is able to make a considerable impact on the market. Anastasia Chuvilo: ''It would be too much to say that VR_Bank will change the Russian banking market.'' Photo: 4wecon.com

''It would be too much to say that VR_Bank will change the Russian banking market. The market is already changing, it's not the only case (for instance, SBI Bank). Now a bank can be created like Lego: a bank licence from one partner, UI from another, lead generation from a third one. From this perspective, creating such a structure, the AFI sees these tendencies and works proactively,'' thinks leader of Frank RG consultancy Anastasia Chuvilo.

Editor-in-chief of Banks and Finance news agency Ivan Vorontsov in turn is quite sceptical about fintech marketplaces.

''The market is full of financial services. There is no money, while the number of those who wish to work with them is more than needed. I have a feeling that it's just another bureau that will simply deal with solutions for big money and big companies disguised as a fintech solution, especially considering the fact that the Vietnamese-Russian banks will be the major partner,'' the expert comments.

Reviewer of Invest-Foresight business newspaper Anna Oreshkina who was at the presentation of VR_ Bank also complained about the project.

''After the press conference, some journalists still tried to understand where virtual reality would be or how deposits would be secured in this bank. It's rather a bank of ideas and solutions than a credit institution. In fact, it will be a bit unusual marketplace, an aggregator of financial services for business. From this perspective, it will be quite an interesting and popular project because it's hard and very expensive for many companies entering the digital era to create their own services. And not everyone can afford to keep such developments in the house, this is why it will be convenient to come to a site and choose what you need. By the way, according to the project's presentation, this site will have products of companies included to the Association of Financial Innovations,'' said our newspaper's interlocutor. 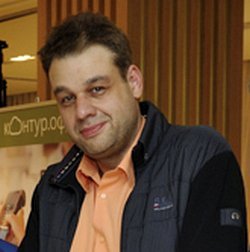 Ivan Vorontsov: ''The market is full of financial services. There isn't money, while there are more desires to work with them than needed. I have a feeling that it's just another bureau that will simply deal with solutions for big money and big companies disguised as a fintech solution''


According to the expert, an analogous project has already been announced in the Central Bank – it was mainly designed for clients so that citizens could, for instance, choose deposits or other bank products in one place. But unlike this project, VR_Bank is, first of all, aimed at B2B. Moscow Exchange has another similar project.

''In my opinion, companies themselves will be able to make their proposals in a full-fledged marketplace, while here everything will be done through one place – the Association Financial Innovations. I don't dare to judge if it's good or bad. Promotion of its members' products was one of the claimed goals of the association. They are achieving this goal with this project in fact,'' Oreshkina concludes.