The Golden Man arrives in Kazan

Great Steppe: History and Culture is the name of the exhibition whose presentation caused great interest among the Kazan audience. Manezh exhibition hall in the Kazan Kremlin has really turned into a piece of spring Kazakh steppe where tulips were blossoming. And the Kazakh Tutankhamun, the reconstruction of the Saka king, the famous Golden Man are the centre of the exposition. Realnoe Vremya tells the details.

''We're all children of the Great Steppe''

The presentation of the exhibition, which is part of the international project The Golden Man's Tour around the Museums of the World, began with a performance of a band of Kazakh artists in colourful national costumes. The exhibition sites of Manezh themselves were separated from the audience with a thick curtain for some time as if had been hiding the secret of the treasures brought to Kazan. All welcome speeches were delivered in a small area next to the entrance to the hall.

Tatarstan Minister of Culture Irada Ayupova opened the ceremony of the presentation. ''It goes without saying that this project would be impossible if Russia and Kazakhstan didn't have such friendly, partnership relations. It's not only our countries' friendship but the friendship between our peoples. We're all children of the Great Steppe. I'm sincerely glad that our spring, our museum spring starts with such a project. But it's very short and will last for just a month,'' the minister addressed the people around with these words. Yerkin Tukumov, consul general of Kazakhstan in Tatarstan, reminded that Turkic peoples had a common history. According to him, Kazakhstan pays a lot of attention to studying the past of the nation, the past of the Great Steppe. The exhibition that arrived in Kazan is exactly what the Kazakhs would like to show to the world, it's a story about the culture of the ancient people, about the culture and history of Turkic peoples.

The decision to bring the exhibition Great Steppe: History and Culture was made during Nursultan Nazarbayev's visit. In addition, Kazakh Cinema Days are opening in Kazan, and the national orchestra plans to perform. As for the international project The Golden Man's Tour around the Museums of the World, it's already been to China, Poland, South Korea, Belarus, Azerbaijan. The Golden Man was exhibited in the All-Russia Museum of Decorative, Applied and Folk Art in Moscow. The curtain opened to the tune of the ensemble of folk Kazakh instruments, and the spectators seemed to feel the smell of the steppe wind – tulips, which will probably make the Kazakh steppe bright soon, as Nowruz, the spring celebration is close, framed the Manezh hall on the perimeter

The artefacts confined in small glass windows were mysteriously shinning – adornments, household items, militaries' belongings. They all were found during digs and now they are part of the unique collection of the National Museum of Kazakhstan.

A big carpet with a national ornament and an almost authentic yurt created by museum workers was on the left side of the exposition. A silver cup with an Old Turkic script, an ancient written monument, is one of the most valuable exhibits.

A stand where the reconstructed Golden Man, the ''Kazakh Tutankhamun'' like he is also named, Saka king who died young is the centre of the exposition. 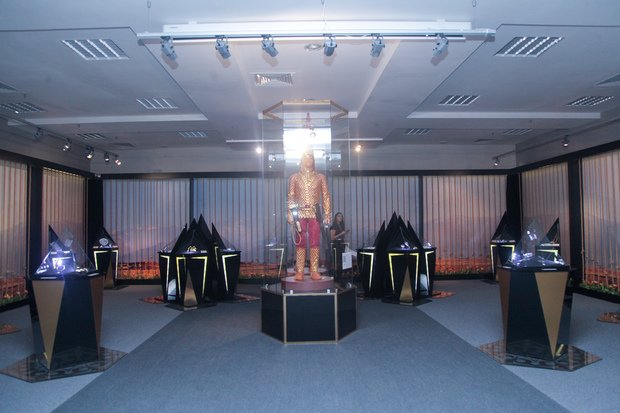 There was a sensation during the digs in the 70s: outstanding archaeologist Kemal Akishev found the remains of the Saka king in the Issyk Kurgan in the neighbourhood of Alma-Ata – the Golden Man. Later, the Golden Man became a symbol of Kazakhstan, a monument to him is in the Independence Square in Alma-Ata.

The founding of the century was placed in the museum and baptised the ''Kazakh Tutankhamun''. Winged horses from his rich clothes, which carry inspiration, according to a legend, became part of Kazakhstan's emblem, so the Golden Man joined the country's contemporary history.

The Golden Man whom citizens of Kazan will see is quite tall, has wide shoulders, he obviously was an excellent warrior. A conic hat adorns his head, the hat has golden plates with images of arrows, animals and birds on.

A collection of almost 130 items telling about the Great Steppe's high culture arrived in Kazan from Kazakhstan. We should remind one can see them during the month. 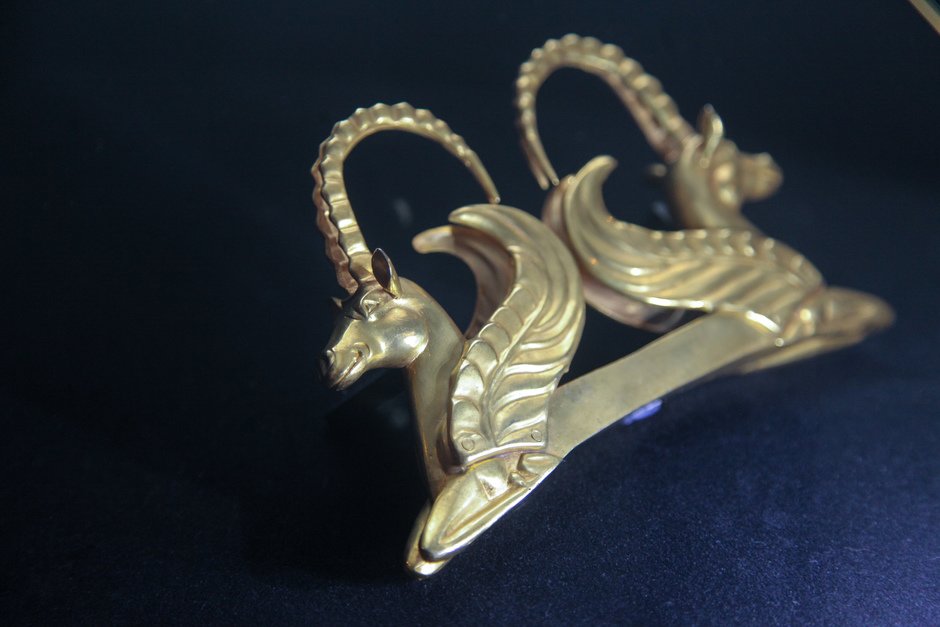