On the threshold of Egypt: Tatarstan state companies move towards Suez Canal shores

''The Egyptian zone will open access to free duty-free trade with EU and North African countries for us: it's a stone's throw and there aren't any obstacles to export equipment. Though we keep the Egyptian market in mind,'' Andrey Vazhov – head of a Tatarstan company manufacturing agricultural machinery and equipment AgroIdel (comes under Tatneft PJSC) – is getting ready to enter the Russian Industrial Zone (RIZ) in the north of Egypt with such optimistic views to the glittering future in exports. The only producer of special wide-coverage irrigation machines in the country signed a memorandum on readiness to become its resident and build an assembly factory with the Russian Export Centre on 19 February. Ak Bars Holding is getting ready for Egyptian duty-free after it. However, the main envoy of Russian technology KAMAZ refused to go to Egypt for some reason, which, in fact, didn't confuse eight future residents. Realnoe Vremya tells the details.

Tatneft's agrarian subsidiary is ready to settle in Egypt

The Russian Export Centre (REC) launched a declaration campaign to attract Russian residents to the industrial zone in Egypt, the idea of whose creation was reanimated three years after the tragic air catastrophe in the sky above the Sinai Peninsula (Editor's Note: the first agreements on arrival of Russian business to Egypt were reached as early as 2014).

The REC held a ceremony of signing of agreements with Russian companies that are ready to move factories to Suez Canal shores against the backdrop of notably warmer Russian-Egyptian relations. AgroIdea company from Tatarstan, which is part of Tatneft group, was among the Egyptian pioneers. It specialises in assembling agricultural machinery for different purposes. But the businesspeople offered to localise an especial type of equipment for the agrarian country with dry climate – simple electric wide-coverage irrigation machines. As the Russian Ministry of Industry and Trade's press service said, IgroIdea turned out one of eight Russian companies that expressed their interest in the Russian Industrial Zone first.

The signing of the first agreements took place in the presence of Chairman of Suez Canal General Authority Economic Zone Mohab Mamish, Vice Minister of Industry and Trade of Russian Vasily Osmakov and Director General of the REC Andrey Slepnyov, who are responsible for promoting the REC. They, in fact, made a detailed presentation of the RIZ in the World Trade Centre in Moscow inviting a big pool of potential residents. The REC held a ceremony of signing of agreements with Russian companies that are ready to move factories to Suez Canal shores. Photo: exportcenter.ru

But at the moment there is no place to go. The production site of the RIZ isn't ready to locate the residents and won't appear before 2020-2021. Now it's a virtual model, a virtual ''embassy'' for Russian business, which doesn't exist in reality. This means the agreements signed with the REC can automatically be considered as declared memorandums, not real investment agreements.

Nevertheless, Tatarstan companies are interested in the appealing idea of the RIZ, though not so great. According to Tatarstan businesspeople, Egyptian authorities just allocated land for the Russian industrial zone – it will be in the north of the country in the vicinity of Port Said and the northern entrance to the Suez Canal. Surveying and design of parcels, utility engineering and connection to the mains, fencing – all these basic works are scheduled for 2019-2020. The REC specified that the ''first phase of the project (exploration and construction of 100 ha) will take 4-5 years.'' That's to say, the outlook is postponed more to 2023-2024. Meanwhile, the Suez Canal seashore has been lastingly built up by industrial zones of Germany, Poland. Foreign countries saw a successful point to export their products to Near Eastern countries a long time ago and they will probably open their own factories next year.

Russian authorities decide who will work in the RIZ

Russia has stopped for political reasons but didn't forget this idea.

''The intergovernmental agreement assigns a 525 ha plot to the RIZ for 50 years,'' the REC's press service specified. ''Residents will be able to use up-to-date engineering and utility infrastructure, including roads, the safety perimeters, water and energy connection points.

Producers will be able to choose between a basic site to design their own construction (so-called greenfield) and production facilities ready to be used (brownfield). State investments at the pilot stage will total about $180m, while the Egyptian side is responsible for large-scale and resource consuming tasks to prepare the site itself for construction, laying roads, energy grids and the mains.

Explaining the main designation of the Egyptian zone, officials of the REC indicated that for Russian companies the RIZ will become a point to enter underpenetrated markets of Africa and Near East, create an unprecedented ''reference point'' to approach Russian factories to foreign partners, enable to joint world trade and global supply chains more actively. The project's budget effect, which seems unclear at first sight, will be achieved, first of all, by great export of equipment, components and consumables from Russia.'' The zone doesn't have special tax benefits. The Russian government decides who will be located in the RIZ. Why are Tatarstan companies rushing to the empty place under the Egyptian sun? Head of AgroIdea Andrey Vazhov claimed Realnoe Vremya he's ready to wait for the opening of the RIZ as much as possible, but the sooner the better:

''We signed a memorandum on entrance to the RIZ on 19 February, but now it's a declaration document,'' Vazhov admits. ''But we have only commercial interest in the RIZ. This zone opens us access to duty-free trade with EU countries, and, most importantly, with North African countries. Due to their climate, demand for irrigation machines is good. It's very expensive to bring them from Russia. But everything is plain to see from Egypt. Nobody but we in Russia manufacture such machines. This is why we would like to localise these machines in Egypt. For this purpose, we're ready to rent an industrial building, and I will bring industrial equipment and people, we will provide it.''

The newspaper's interlocutor specified that the company was going to fully localise the production of irrigation machines – over 90%. But at the moment he finds it hard to assess how many investments will be needed for these purposes. ''We're a subsidiary of Tatneft PJSC. If Tatneft officials see real prospects, I am sure we will prepare a financial model of the project's development, and there won't be questions in this respect,'' he assured. At the same time, Vazhov would like Egyptian authorities to seal the interest in the machines by state procurement:

''Unfortunately, we don't understand if the access from Egypt to products made in this zone will open and if they will be included in state procurement programmes of Egypt. It's hard to export mechanical engineering products: the Egyptian zone will be used as a zone to develop duty-free trade with EU countries. But we keep the Egyptian market in mind. We hope we're provided with a minimum order of Egypt when entering the zone.''

According to him, the company has managed to certify its machinery according to EU requirements. ''The EU certificate gives the right to sell products in all EU countries. Africa doesn't have special requirements. If they are shown an EU certificate, they say 'Well done!'', he told. At the same time, the head of AgroIdea doesn't exclude he is ready to take on greenfield if the REC provided with state support in the form of a credit at 2%.

Ak Bars Holding, which has offered several promising ideas in shipbuilding, is also considering entering the RIZ. Head of Ak Bars shipbuilding company confirmed Realnoe Vremya that there were held meetings during the Tatarstan president's trip to Near East:

''We know that one of the subsidiaries has signed an agreement. It takes little to sign: in general this document means nothing at the moment. The most important thing is to choose a production plan in the RIZ,'' Mistakhov noted. 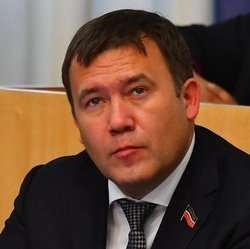 According to him, ''a promising plan is created'' now. ''During a recent weapon exhibition in Abu Dhabi, I went to talk with Egyptian authorities again, and we had several meetings,'' he told. ''A preliminary discussion of a big number of promising projects is underway now. We'd like to encourage the Egyptian side for long-term promising cooperation. The final decision depends on production volume: if the project is small, we will produce here. If it's big, we will go there. I think it will be clear in late March. Then we will make a decision where we should go.''

The hot favourite of the RIZ – KAMAZ – isn't in a hurry to go to Egypt. Minister of Trade and Industry of Egypt Tarek Kabil personally called it as a resident in an interview with Kommersant last May. He hoped that the opening of the RIZ would bring Egypt $7bn investments. When the zone is completed, it will employ 350,000 people. And Russia will be able to use Egypt to enter the African market with its machines, Tarek Kabil described the benefit for both countries. However, the Kama factory is inclined to refusing the honourable mission of envoy of Russian technology and considered the idea unprofitable for the business.

Meanwhile, it's known that Egypt is a strategically important area for the Russian Federation to strengthen positions in Near East and Arab countries.

''The Russian Industrial Zone can to a certain degree support the Russian nuclear power plant in Egypt, which is under construction,'' thinks Professor of World Economy and International Affairs at HSE NRI Andrey Suzdaltsev. ''Supplies of mechanical engineering products to this country have still been a problem. The zone is open for CIS countries, this is why the Belarusian MAZ is going to assemble MAZ tractors. In the current conditions, this zone allows to rely on the duty-free regime.'' He says any job opportunity in Egypt is worth its weight in gold, this is why Russian companies have the right to count on Egyptian officials too.