''If a citizen reasonably criticize the government and point out weaknesses, you can't shut him up''

Last week, the State Duma of the Russian Federation prepared amendments to two controversial draft bills — on information expressing disrespect for society and the government, and on fake news. Realnoe Vremya interviewed Tatarstan deputies and journalists to understand whether the first draft bill violates the constitutional rights of the citizens, as well as whether the government should interfere in the work of journalists and whether the bill ''on fakes'' will be used for political purposes.

About disrespect for authorities

The amendments concerning the responsibility for the publication of materials on the Internet that ''in an indecent form express disrespect'' to society, government, official symbols of Russia and authorities were made by senators Andrey Klishas, Lyudmila Bokova and Deputy of the State Duma Dmitry Vyatkin last December.

At first, it was offered to punish violators with a fine from 1,000 to 5,000 rubles or arrest up to 15 days with the blocking of the Internet resources, but last week Chairman of the State Duma Committee on Information Policy, Information Technology and Communications Leonid Levin proposed a slight easing of the sanctions.

''In accordance with them (the proposed amendments – editor's note), the owner of the resource will be given time, namely — a day, to remove the information and not be blocked. In addition, if a citizen fulfils the requirement of Roskomnadzor — the citizen removes content within the prescribed period — he will not be brought to administrative responsibility if this is the first offense of such character,'' said Levin.

Let us note that the Prosecutor General's office, Ministry of Communications, Ministry of Justice and Roskomnadzor did not support the bill on disrespect for authorities, while it was approved by Russian President Vladimir Putin. Realnoe Vremya decided to find out the stance of Tatarstan officials on the controversial draft bill. 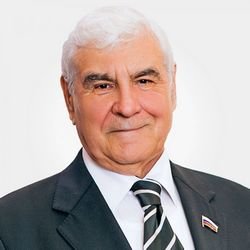 ''It is necessary. Since we have the Internet, freedom of speech, so it is impossible to say what you like. Some people have this idea: I will write all I want on the Internet. I believe that there should be mutual respect. After all, the leadership and the deputies are the elected representatives of the people,'' said State Duma Deputy from Tatarstan Fatikh Sibagatullin. ''First of all, I consider wrong information to be an insult. There should be criticism, but it should be real, objective and correct. The one in whose address the criticism is expressed has to deserve it. When they criticize for a reason, I accept it, I treat normally and I am corrected — your online newspaper knows about it. But it is probably wrong to criticize indiscriminately.''

Deputy Chairman of the Tatarstan State Council Committee on Law and Order Rafil Nugumanov agrees with his colleague that the bill is necessary, but clarifies: this document ''should not shut the citizens up''. 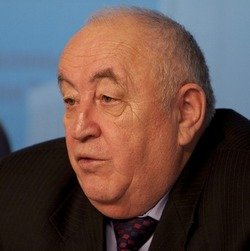 ''If a citizen reasonably criticizes [the authorities] or writes a letter, complaint, statement and points out weaknesses, you can't shut him up. Of course, if there is an offensive form, caricature, obscene — such things must be prevented. But people should be heard. If there is no specific abuse, calls to overthrow the government, then these people should not be touched,'' said the interlocutor of the edition. ''As for the adequacy of sanctions, it is provided not only an arrest, but also a fine. I think the most aggressive judge will probably arrest. In other cases, they will give either a warning or a fine.''

Chairman of the Committee of the State Council on Economy, Investment and Entrepreneurship Marat Galeev admitted that he does not have a considered opinion on this matter. According to the official, the Internet, as a format of media space, ''opens up opportunities for communication both horizontally and vertically, which is a big plus'', but the Network has ''absolutely dimensionless obscenity and often there is 'inadequate.'' 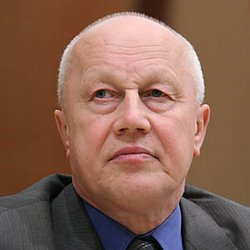 ''This is a double-edged problem. We are living in a period of unsteady relations. Complete anonymity, on the one hand, gives free rein, and all that is not digested in the brain, sometimes poured into the pages on the Internet. But at the same time, again, new opportunities are opening up. The society has not matured to civilized communication in principle, so I have no final opinion. I am against forbidding and pressing, because what we forbid usually returns with double force, judging by our experience. I am not a supporter of blocking, but, on the other hand, the problem still exists,'' says Marat Galeev. ''Criticism in itself does not bother me at all. Another thing is that sometimes it is easy to criticize, but how to solve problems — no one knows, including the critic himself. There are no ideal people and maybe never will be, so subjective assessments will always be present. But when people come out into the public space with direct insults, I do not consider it constructive. This is not a way to solve problems. With just offensive attacks, we will not go forward — this is for sure.''

On the question of whether it is possible to consider obscene statements as an insult to the authorities, the interlocutor of our edition spoke unambiguously, ''I grew up in the centre of Kazan where, as they say, there was everything. I worked in a factory where there was subcultures of very different regions of the USSR. That is, nothing can surprise me.''

''But it is another thing when everything goes too much – appropriate and inappropriate. In this case, the words are simply devalued. With inadequate vocabulary the thought becomes devalued. At the same time, I always distinguished respect for the homeland, the state, officials and so on. It's different. Some identify power with officials or with the homeland – these three stages of perception are not always the same. And not every criticism of the government will mean a negative attitude to the country,'' Galeev concluded.

About fakes in the media

In late January, the State Duma adopted in the first reading the bill (its authors — all the same Klishas, Bokova and Vyatkin), which introduces fines for the media for publishing ''false information under the guise of reliable messages''. Head of the State Duma Committee on Information Policy Leonid Levin proposed to exclude the traditional media from the bill's application by the second reading, as well as provide them the right to make mistakes.

''For officially registered online media, a pre-notification procedure is introduced to enable them to remove inaccurate socially significant information themselves, promptly correct the error and thus avoid measures to be blocked by Roskomnadzor. In addition, from the effect of the bill it is expected to exclude the traditional media, the regulatory regime which currently is quite effective against the fakes,'' said the deputy.

It is worth noting that, making the official statement, Mr. Levin did not specify which media he refers to as ''traditional''. 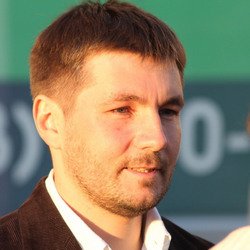 ''For me it is obvious that the bill will be used for political purposes, like most restrictive laws in our country,'' said journalist Anton Raykhshtat from Kazan. ''And the news that they want to withdraw so-called 'traditional' mass media from the scope of the law only confirms my fears. And it is not quite clear what the authors of the amendments mean by 'traditional' media, and this, again, speaks about the quality of the study of this law. In my view, there is no need for such a law now or in the foreseeable future. Media is the area where a lot of things are regulated by reputation, and the introduction of such laws is completely meaningless and will not lead to anything good.''

A similar opinion is shared by adviser to the rector of the KFU Yury Alaev: ''The number of laws that under different pretexts limit the space and the number of degrees of freedom is increasing. I have long been deeply convinced that the current legislation — the whole set of laws — quite calmly covers all types of offenses that are possible in the virtual, real and any other environment. I'm lost in conjecture: the guys from the lower house have nothing to do and they come up with a new law for every sneeze?'' 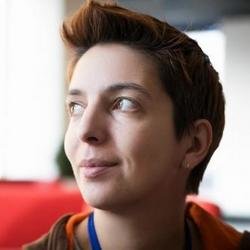 ''I can't tell whether this law is necessary or whether it will limit freedom of speech because I have too many questions to it,'' editor-in-chief of Ploshchad Svobody edition Ksenia Lukicheva commented on the bill. ''Who and how will determine the fake information, collect evidence and present them? They will check absolutely all media and every news in them? In what time frame will the decision be made? After hysteria will spread throughout all WhatsApp chats? And what if Roskomnadzor decides that the news is fake, but in fact it is very true, and the website is already banned? Therefore, I am still amazed at what is happening and think about how many fun initiatives arise from our parliamentarians. But what to do with them — very few people, including themselves, know. I always thought that professionalism, ethical code of journalists and common sense of mankind should fight against fakes. Never before the interference of the state in the journalistic work did not end well, history remembers everything. As for the 'traditional media', here again I have dozens of questions. And yes, it looks like — we all know who will be allowed to do everything. The officially registered media will have the 'right to make a mistake'. Thanks a lot.''