The Northern Sea Route is getting busier: last year, the volume of goods shipped through the Arctic by Russia increased by 25% compared to 2017. The intense seaborne traffic is accelerating the polar ice melt and global warming, so environmentalists are urging to switch to cleaner fuels.

Russian port data showed huge increases in Arctic shipping last year, says Bellona, adding that the registered freight figures represent a record flurry of activity. According to new figures from Russia's Ministry of Transport, the volume of goods being shipped out into the Arctic waterway in 2018 increased by 25% compared to the previous year.

The Port of Sabetta became the best performer with a 130% increase in the volume of cargo due to the commercial launch of Novatek's $27 billion Yamal LNG project. The port located on the western shore of the Ob Bay in the Yamal Peninsula handled over 17 million tonnes in 2018. With Ports of Murmansk handled about 60 million tonnes of cargo, which is an 18,1% surge compared to 2017. Arkhangelsk ports showed a growth of 15%.

The weight of traffic shipped through the entire length of the Northern Sea Route in 2018 was 18 million tonnes, which is still far from President Putin's ambitious goal of shipping 80 million tonnes of traffic via the Arctic over the next five years set. 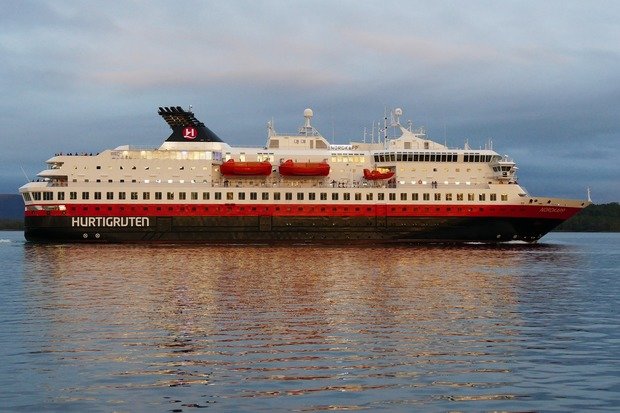 Norwegian arctic ferry, cargo and passenger operator Hurtigruten has entirely sworn off heavy fuel oil as a fuel for its fleet. Photo: pixabay.com

Bellona warns that the intense cargo shipping along the Northern Sea Route is harmful to the environment, as many of freighters steaming through the passage are operating on heavy fuel oil (HFO), which is a carbon intensive and polluting energy source. Some shippers are planning to switch to less damaging fuels to lighten the weight of their footprint on the Arctic. Russia's largest ocean freight operator Sovkomflot is going to use liquefied natural gas to power its arctic-bound fleet. The first flagship of the five vessels planned in that line is expected to start operating in 2022. Besides, Norwegian arctic ferry, cargo and passenger operator Hurtigruten, which has entirely sworn off HFO as a fuel for its fleet, is planning to launch hybrid electric vessels. The carrier is even considering powering some of its ships by biomass.

The Arctic is now warming twice as fast as the rest of the planet, and nearly all of the Arctic's oldest ice is already gone. As the increase in shipping via the Northern Sea Route is inevitable, Bellona's President Frederic Hauge considers that it is at least necessary to persuade shipping companies to switch to cleaner fuels like those that Sovkomflot and Hurtigruten are testing to stop damaging the region. Otherwise, some estimations assume that the Northern Sea Route could be obsolete by 2045 because ships will be able to sail straight over the North Pole instead.