SEZ Alabuga and TEDA Holding, managing the largest Tianjin Economic-Technological Development Area (China), are approaching to create a joint venture for the development of Alabuga-3. This June, the leadership of TEDA Holding is visiting Tatarstan to ask the price of the territory of the second industrial 'China town' in the region. As it became known to Realnoe Vremya, the Chinese have been offered to drop anchor in Mendeleevsk, where 3,700 hectares of land were marked off under Alabuga-3 in January. At the same time, the Chinese rejected the SEZ tax regime and asked for PSEDA tax-free offshore, so Mendeleevsk is on its way to obtaining the coveted status.

Years-long negotiations about the industrial partnership of the Republic of Tatarstan with the Tianjin Economic-Technological Development Area are finally taking shape. As we learned from our own sources, this January the Special Economic Zone of Industrial-Production Type Alabuga JSC received at its disposal another 3,700 hectares of land on the territory of Mendeleevsk. The fact of allocation of huge lands (they are twice the territory of SEZ Alabuga), reserved for the construction of the third stage of Alabuga, was confirmed to Realnoe Vremya by the executive committee of Mendeleevsk.

''We reserve 3,700 hectares under future projects of SEZ Alabuga. This is already the second acquisition of Alabuga [in Mendeleevsk district], in 2017 they received 500 hectares, which are close to this site. In total, the lands bank of the management company has 4,200 hectares,'' the municipality said. Given that the SEZ bought the area of 500 hectares for 1,1 billion rubles, the Mendeleevsk expanse can be estimated at the lower border of 8-9 billion rubles. The creation of Alabuga-3, or the third stage of the SEZ, is connected with the expansion of cooperation with Chinese TEDA Holding. Photo: prav.tatarstan.ru

Plan for Alabuga-3 from Beijing PwC

The creation of Alabuga-3, or the third stage of SEZ Alabuga, is connected with the expansion of cooperation with Chinese TEDA Holding, which manages one of the largest industrial economic zones in China with a total investment volume of more than $110 billion. On 31 January, the ministry of economic development of the Russian Federation, supervising the Chinese direction of the investment agenda, informed Realnoe Vremya that this year Alabuga can reach specific agreements with TEDA — the business plan of the future joint venture has passed the examination and discussion at the highest level of both partners and is almost ready for signing.

The press service of the ministry of economic development of the Russian Federation said that the economic parameters of the business plan for infrastructure development of the third stage of SEZ Alabuga were developed by the Beijing office of PwC. Last autumn, they were presented to the Tatarstan president during his visit to China. The discussion was held in the central office of TEDA Holding. Earlier, Head of SEZ Alabuga Timur Shagivaleev called the figure of $6 billion as the probable amount of investments. What exactly is included in the business project, could not be found out. But, most likely, the details will appear soon — the ministry of economic development is preparing a visit of TEDA to the region. ''This June, representatives of TEDA Holding are having a return visit to Tatarstan to discuss the creation of a joint venture for the development of the third stage of the SEZ Alabuga,'' the ministry stated.

The request of Realnoe Vremya in the SEZ remained unanswered.

When preparing the TEDA business plan, as it turned out, there occurred a steep turn — the Chinese side demanded exactly the same set of tax benefits as the special economic zones of China have. This is a complete exemption from taxes for 5 years. Thus, the Chinese were not satisfied with the tax regime of the residents of the Russian SEZ. Instead, they were offered a similar to the Chinese PSEDA regime, when for a resident the income and property taxes are reduced to zero for 5 years. ''PSEDA has more benefits, but the difference between the regimes is not very large,'' explains Sergey Raevsky, Professor at the Institute of Business Studies of RANEPA. ''For a SEZ resident, the income tax rate is reduced to 13,5 per cent for 5 years, and for PSEDA — full zero for the same period. While the property tax in both cases is zero. But the Chinese are accustomed to save even on pins. At one time, they even saved on wastewater treatment plants, and it is a striking example. Besides, the PSEDA regime is well known to them: initially it was launched in the Far East, and since 2016 it began to be transferred to other territories of Russia,'' he reminded.

Thus, Mendeleevsk has taken over the baton and become one of the last single-industry towns in the country, which has sent an application to the ministry of economic development for the status of PSEDA. As reported in the government of the Republic of Tatarstan, the application is being under consideration of the ministry of finance of the Russian Federation. ''The issue is being addressed, but it is more difficult for us. Only four of our cities — Naberezhnye Chelny, Zelenodolsk, Nizhnekamsk and Chistopol – have managed to jump into the outgoing train so far. The next selection procedure is going to be more complicated, and the Russian government and the ministry of finance want to make sure that PSEDA really works. When we met with Ivanov (Andrey Ivanov, the deputy minister of finance – editor's note), he asked why PSEDA in Tatarstan does work, but in Russia — no. Here they want to see and develop based on our example the methodology of creation of PSEDA. The hearings are ongoing,'' the executive committee of Mendeleevsk told us.

It is expected that by June this year the monocity is going to obtain the coveted status. The entrance barrier to PSEDA will be minimal — 2,5 million rubles of investments and 10 jobs. The investment declaration includes 19 positions of OKVED.

The Chinese will get 'a detached apartment'' 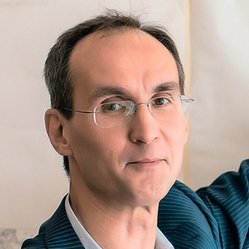 ''Actually, the status of PSEDA should first have been given to Mendeleevsk,'' head of Vernoe Reshenie consulting company Sergey Maslikhin believes. ''Now it is Naberezhnye Chelny and Nizhnekamsk that cream off, so they should be separated in time. Three cities have 2 years left to actively attract residents. It is pointless for Mendeleevsk to join in competition with large towns. If it doesn't work out with the Chinese, PSEDA will need to be pulled apart in time. We, unfortunately, do not have a pronounced specialization of PSEDA, everyone is attracting everyone, so they will compete with each other for residents.''

But why do the Chinese want PSEDA after all? ''The main difference between PSEDA and SEZ, in addition to taxes, is that the first is limited to the borders of one municipality and can not go beyond it,'' says Sergey Raevsky. ''It's comfortable, it's like a detached apartment. In addition, technical connection to the networks must be done in 28 days, while in other areas — up to a year. Besides, residents of PSEDA feel more free there, as supervisory inspections are carried out by the decision of the management company. But the investments of $6 billion, in my opinion, are greatly exaggerated — the overall accumulated investments of China in Russia make up, according to the Central Bank, only $3 billion,'' the expert concludes.

Tatneft detaches itself from Alabuga-2

An important point: being in the economic and technical development zone in Tianjin, Rustam Minnikhanov together with head of Alabuga Timur Shagivaleev was no less interested in the Chinese industrial site South Port, one of the 10 industrial parks of the Tianjin zone. It was put into the arsenal when conceiving the second project of the SEZ — Alabuga-2, residents of which were supposed to make large petrochemical enterprises for the processing of waste oil refining residues. Being in the economic and technical development zone in Tianjin, Rustam Minnikhanov together with head of Alabuga Timur Shagivaleev was no less interested in the Chinese industrial site South Port. Photo: prav.tatarstan.ru

However, Tatneft has already refused to transfer to Mendeleevsk. As reported by the ministry of economy development of the Republic of Tatarstan, the oilmen intend to leave the gas chemical wing at their side, creating a special economic zone in the Almetyevsk district. ''Its core will be enterprises for the production of maleic anhydride with a volume of 50,000 tonnes per year and polypropylene — 572,000 tonnes. The creation of the SEZ will attract investment in the construction of a gas chemical cluster in the amount of more than 80 billion rubles,'' the press service of the ministry of economy of Tatarstan said. Thus, Tatneft detached itself from Alabuga-2, and who have remained there is unknown.