Security forces are concerned about the isolation of children from society, of whom ‘’the second generation of Salafists’’ is growing up, the ministry of education and science — about the quality of knowledge that children are given at home

Tatarstan is going to take family education under control. But it is not the relevant ministry, but law enforcement agencies who have expressed concern about the issue. According to Minister of Internal Affairs Artem Khokhorin, a second generation of Salafists is being formed in the region from children who do not attend school due to their parents' religious beliefs. The prosecutor's office believes that the number of home-schooled students is growing because of a lack of confidence in schools. The ministry of education says that the choice of form of education is voluntary, but they provide data on academic performance — the results of the uniform state exams of the children studying in their families are lower on average. Read the details in the material of Realnoe Vremya.

Law enforcement agencies of Tatarstan have become concerned about the increased popularity of family education. At the annual board meeting, Chief Prosecutor Ildus Nafikov stated that the increase in the number of those who choose the family form of education is alarming. In the report, Nafikov noted that an inspection carried out by the Prosecutor's office revealed major deficiencies in the organization of work of educational bodies with these students and their parents. ''Proper work with this category of persons, their registration is not organized,'' the chief prosecutor said.

According to the Prosecutor's office, not all parents are able to give a full education and socialize the child under the family form of education.

''Nobody denies the right to choose for the students and their parents, but a balanced approach is needed,'' Nafikov said.

These words were probably addressed to the ministry of education and science of Tatarstan, which is now more willing than before to allow parents to transfer children to family education. 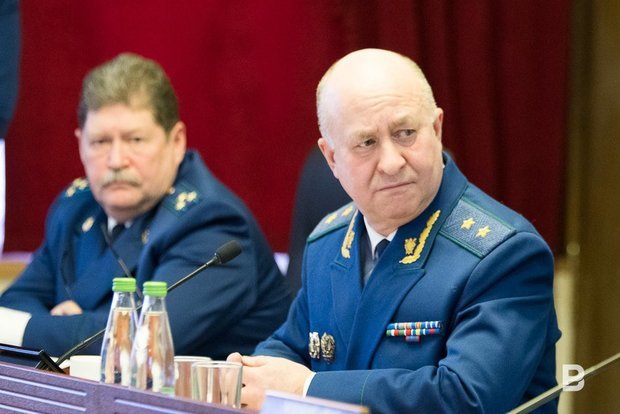 ''Nobody denies the right to choose for the students and their parents, but a balanced approach is needed,'' Nafikov said. Photo: Maksim Platonov

Miscalculations on the part of the education system: why are children leaving school?

As the Prosecutor's office informed Realnoe Vremya, in their opinion, the education within the walls of schools is better.

''The fact that parents are choosing the form of education at home is a miscalculation on the part of the education system. We need to find out why they don't trust the school? Since this trend has appeared [an increase in the share of those who have chosen family education], we will monitor this situation, including how effective this form of education is, and, depending on this, take corrective measures,'' Prosecutor Assistant of Tatarstan for Media Interaction Ruslan Galiev told Realnoe Vremya.

The ministry of internal affairs of Tatarstan also expressed concern. Artem Khokhorin said about the formation of ''the second generation of Salafists'' in the region. It is about children brought up in families of adherents of Islam of Salafi persuasion. According to the minister, the transition of children to the family form of education and their education in a closed from society environment creates a special danger. Khokhorin instructed the internal affairs departments of the republic to identify such children and religious organizations and to cooperate with educational authorities in the districts.

According to representatives of law enforcement agencies, about 20% of children are transferred by parents to family education due to ideological and religious beliefs. 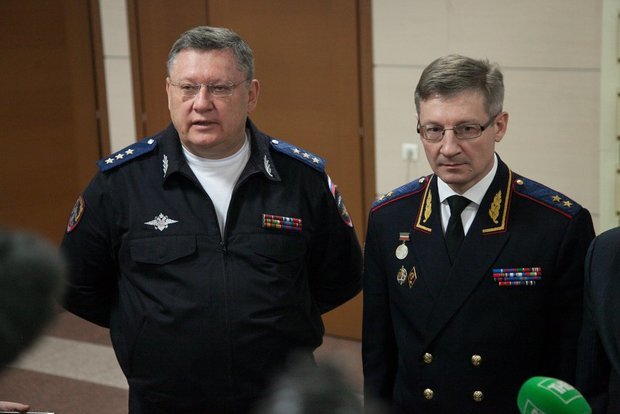 According to the minister, the transition of children to the family form of education and their education in a closed from society environment creates a special danger. Photo: Rinat Nazmetdinov

Who gets education in family — children of religious fanatics or of rich parents?

Katerina Zhao, a resident of Kazan, told Realnoe Vremya that the number of those who prefers family education is growing in all regions of Russia. She judges about it by the number of those wishing to pass certification in the Centre of Family Education. She opened the centre after she chose family education for her children and found it difficult to get certified in the school to which they were attached. Katerina Zhao says that despite the statistics, schools are still reluctant to accept home-schooled children.

''Why schools do not want to accept home-schooling children? It is unprofitable to them, the financing in schools is per capita and if the child is home-schooled, school doesn't receive money for him. Naturally, it is very problematic to agree on certification as well. I communicate with parents from different regions, in Moscow, St. Petersburg this issue can be solved — they are advanced in this regard, but in the remote areas such parents are considered to be sectarians. Although parents transfer their children to family education for the best of reasons, they are willing to give their children more than school,'' Zhao says.

Let us clarify that the children of Katerina Zhao after several years of family education went to an ordinary school. ''I do not have enough time to teach my children and organize them — it is a complex and expensive process, but I am very happy for those who have such opportunity,'' says the interlocutor of Realnoe Vremya.

According to her, the majority chooses family education in primary school, if disappointed in the school system. However, the number of families who choose this form initially is growing.


''In general, it is a family with good income, where mother does not work, sits with children while they are in kindergarten, and decides to continue when it comes time to go to school,'' says Zhao. The ministry is concerned about the quality of knowledge acquired by home-schooled children. They are lower compared to students who study full-time at school. Photo: Maksim Platonov

According to the ministry of education of the republic, 918 children were home-schooled in May 2018, 125 children studied under the programme of self-education. The ministry notes that the statistical indicators are not constant, as at any stage of education the child has the right to change the form of education. Most often, people in large cities — in Kazan, Naberezhnye Chelny, Nizhnekamsk, Almetyevsk – choose family education.

''The statistics clearly prove that during the transition from primary school to high school, parents make the decision to study at school and, most likely, this is due to certain difficulties in mastering the programme at home,'' the ministry of education and science of Tatarstan states.

The ministry is concerned about the quality of knowledge acquired by home-schooled children. They are lower compared to students who study full-time at school.

What should parents pay prior attention to when choosing family education

''We still have no registered cases of enrollment of schoolchildren of the republic, who mastered educational programmes in family form, in the regional information systems of other subjects for taking GIA [State Final Examination – editor's note],'' the ministry said and reminded that the internet school must have a license for educational activities and state accreditation. Otherwise, the graduate of such school won't be allowed to GIA.

''Alas, the advertised in parent communities private school TSODIV from St. Petersburg has no information about a certificate of state accreditation on the website, there is only data on the license,'' the republican ministry highlights.

If an educational organization does not have state accreditation, it has no right to issue a certificate — instead, the graduate will receive only a document on education, which is not taken into account when entering secondary vocational institutions and universities.