Nine diving tanks, Agusha and diapers for adults: Tatarstan divers are getting ready for a new world record

The underwater research team of the Russian Geographical Society named after Aleksey Leonov has been in the federal news again. If last March the divers were underwater for 6 hours without any health damage, this time the team is getting ready to set a new world record – to immerse for 10 and more hours. It will be possible to know what the outcome will be on 30 January. Meanwhile, the office of the RGS invited journalists to tell what the divers will have to do and show the final training immersion before the great heat. Realnoe Vremya tells the details.

It was decided to set up the research camp on Lake Emerald in Kazan. Head of the team Dmitry Schiller says they were offered several countries at once for the unprecedented immersion – Canada, Chile, Norway are among them. But the fact that not the depth and the duration of the immersion matters in the experiment allowed to do it not far from home, in Kazan.

''As this doesn't matter, we're doing to do it on our homeland as a token of respect for our republic. And, of course, we'd like to make Tatarstan known – a huge number of international newspapers asked for newsfeed. Now there are debates between research institutes who study special physiology – if we stay underwater for so long. It's a big experiment for everyone, including us,'' told Schiller standing on the scene – a triangle ice hole.

To say this experiment is very exciting for the divers is an understatement. They began to prepare for it in December. Three tents and heated bio toilet were already set up two days to the 10-hour immersion on Lake Emerald.

Head of the camp Sergey Saleyev told the team would not only warm itself in the first tent with a furnace but also have briefings and even sleep on foldaway beds. The icon of Our Lady of Kazan – a constant fellow-traveller of the team during uneasy trips – is also laying there. Another tent is situated closer to the ice hole – the divers prepare for immersion there, put all their numerous equipment on

''Without God, you will go nowhere,'' Sergey Saleyev explains simply. ''You understand yourself that all we do is fraught with some risk…''

Not all team members are Orthodox Christians, but Muslims can pray in peace.

The kitchen is located in another tent. Later, hospitable team members fed the journalists with a newly cooked hot soup, which came in very handy in the current circumstances. As Saleyev explained, camp food should be both not very high and not very low in calories. Mainly vegetables, chicken and lot of water are used as products.

Another tent is situated closer to the ice hole – the divers prepare for immersion there, put all their numerous equipment on.

''We need to break psychological barriers''

The 10-hour immersion is, first of all, needed to study a human organism's possibilities, which is in such extreme conditions. In addition, at the moment, there aren't methods to maintain a diver's life in a long stay in cold. And the Tatarstan RGS members will help to create it. Consequently, such experiments will allow to do research in the Arctic where there may be unscheduled delays underwater because of ice shifts. Now a new window to the land will open for the divers. After at least 2,5 hours, the brain's activity falls by more than 50% in such conditions, which can affect a diver's decision made in an emergency.

''We need to break psychological barriers so that the guys will be able to work properly. Our task is to break the divers' psychological barriers by these long immersions, so that they will be able to easily work in the Arctic, under the ice, perform their task they will be given in case of emergency. This immersion will be supervised by the Institute of Refrigeration and the S. Kirov Military Medical Academy,'' Dmitry Schiller explained. It's planned to test new Russian equipment and master several survival methods all sorts of emergencies during the long immersion. In addition, every diver will swallow a special capsule that will help scientists and medical staff to track all changes in the organism and follow human organs' state and reaction.

Two pairs of men will go into the icy water for 10 hours. Each of them will carry both an active and emergency diving tanks. The two tanks will be on the back, a diver will take another seven with him. Considering one tank weighs about 12 kg, a diver will take almost 110 kg with him. We should add another 30 kg of equipment and 16 kg of freight to go to the bottom.

Divers backing their colleagues up will provide them with special food underwater every hour – fruit mixes like Agusha rich in glucose and warm water. They will have to take this all in at once to continue breathing immediately after it. It's also planned to ''play'' with gas temperature in the tanks. But this will be done together with military medical staff.

''As you know, the tank is made of aluminium, and the air cools down very fast. Consequently, the diver freezes himself – he breathes cold air in, cools the lungs down, the lungs cool the blood down. Our task is to try to make the air warm, not to cool down but warm the diver,'' Schiller explains.

Another important issue is about going to the toilet. The 10 hours in the icy water and tens of kilogrammes of equipment and special clothes don't enable to do it in the usual way. In this case, diapers for adults help.

''First of all, it's hard psychologically – not every adult can make himself to use it. But the 10 hours will have an impact, and they will have to put themselves out,'' says scuba diver Maksim Astakhov going to diving training.

It's no less hard – psychologically and physiologically – to simply be underwater for 10 hours.

''We hope our experience will help medical staff and special physiologists and the whole underwater community to understand how much time one can spend under the ice, with what equipment and how this will influence our health,'' the experiment's participant notes.

At the moment, getting ready for the world record, he's enumerating possible things to do under the ice. One can spend those 10 hours by walking at the bottom, solving maths problems (then analyse intellectual activity on land and in extreme conditions), playing chess on a tablet or making up verses. Astakhov notes there have been cases when his colleagues sent rhymed lines from the bottom. 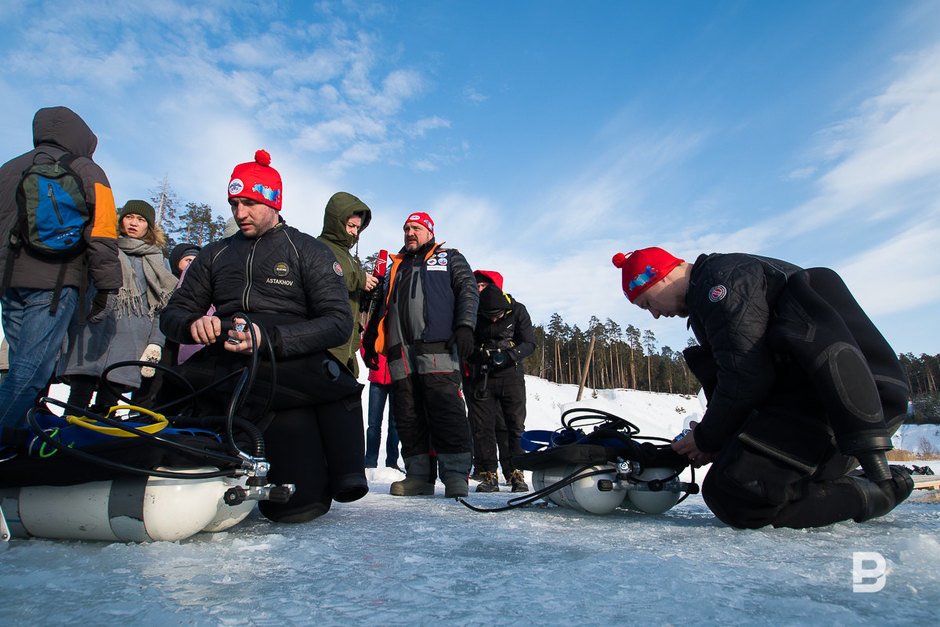 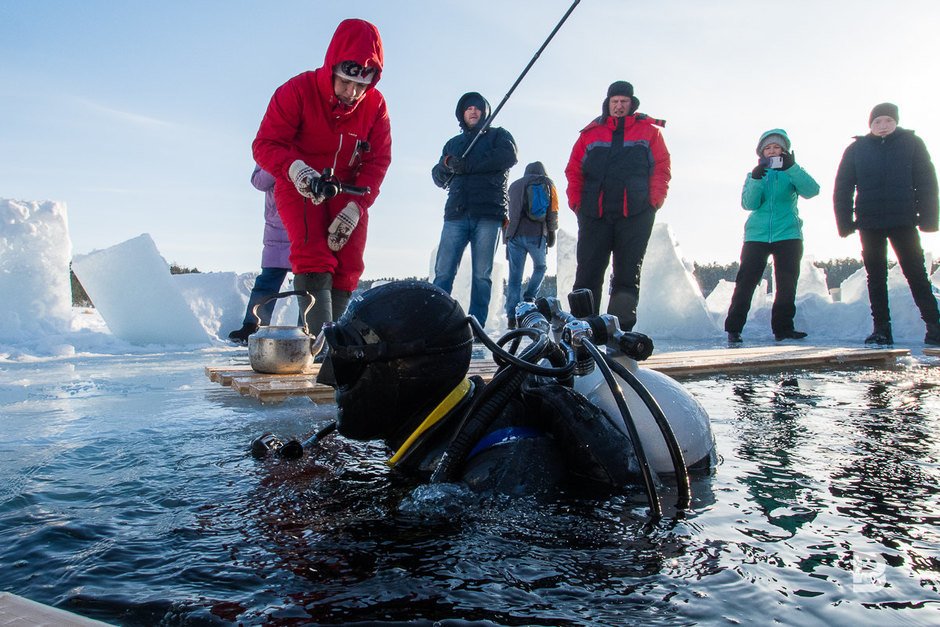