Chaliapin Festival 2019: from the unhappy bride of the tsar to the lady with the camellias

The Chaliapin International Opera Festival traditionally opens on the first day of February, it will be held in Kazan for the 37th time on the stage of the Musa Dzhalil Theatre. Realnoe Vremya analyzes the playbill of the upcoming opera forum.

Let us remind that the Chaliapin International Festival, 37 years ago established in Kazan, was the first music festival in the entire space of the then USSR. Its initiators were director of the theatre Raufal Mukhametzyanov, who was just appointed to this position that time, and a group of his associates. It would not be a mistake to say that the festival movement in the country began with the Chaliapin festival.

On February 1, the XXXVII Chaliapin International Opera Festival opens with the traditional premiere — The Tsar's Bride opera by Rimsky-Korsakov staged by Mikhail Panjavidze. There are many performances of this director in the programme of this theatre, for example, Lucia di Lammermoor, Albina Shagimuratova was awarded the Golden Mask for the title role in it, The Love of the Poet, awarded with the State Tuqay Prize, The Jalil, which became the main theatrical event of the year and received the Grand Prix of Tantana.

Panjavidze knows how to pass between Scylla and Charybdis — he, taking care of the idea of the authors of the opera, nevertheless can make the play acutely modern. This time the director promises us The Tsar's Bride in a classical key, but knowing the pattern of this director, we can assume that there will be something in the play that will make it ''catchy''. Panjavidze knows how to pass between Scylla and Charybdis — he, taking care of the idea of the authors of the opera, nevertheless can make the play acutely modern. Photo: classicalmusicnews.ru

It is worth noting that the scenery for The Tsar's Bride was created by set designer Harry Hummel, who is working in Germany, and for sure it will not be quite usual for our audience. Soloists of the Kazan troupe and their colleagues from the Novaya Opera, the Mariinsky Theatre, the Opera of Belarus and the Stanislavski and Nemirovich-Danchenko Theatre will be engaged in the performance.

By the way, the festival programme also includes wonderful, delicate, poetic Eugene Onegin by Mikhail Panjavidze (the musical director of the production was outstanding musician Mikhail Pletnev), and the tragic story of the ''girls from Nagasaki'' — Madama Butterfly, and the metaphorical, fairy-tale story with a dramatic ending — Turandot. So one who gets to the performances will see absolutely different works of one of the most interesting modern opera directors – Mikhail Panjavidze.

February 13 — the main day of the Chaliapin festival, it is the birthday of Fyodor Chaliapin. Traditionally, Boris Godunov is performed that night, so the audience will hear the best parties of the great basses of our countryman. In the role of the restless Tsar Boris, the audience will hear soloist of the Kazan Opera and, at the same time, soloist of the Bolshoi Theatere Mikhail Kazakov. By the way, the coronation scene from Boris Godunov performed by artists of the Tatar Opera and Ballet Theatre named after Musa Dzhalil in December in Yaroslavl opened the Year of the Theatre.

In addition to the already named Eugene Onegin, where the title role will be soloist of the Bolshoi Theater Igor Golovatenko, the festival includes another Tchaikovsky Opera – it is The Queen of Spades staged by Yury Alexandrov, who created a full of mysticism performance, where one of the actors is a mysterious and terrible Petersburg. In the role of Countess one can hear soloist of the Bolshoi Theatre Tatyana Yerastova. February 13 — the main day of the Chaliapin festival, it is the birthday of Fyodor Chaliapin. Traditionally, Boris Godunov is performed that night. Photo: Maksim Paltonov

The festival programme traditionally includes a large block of Verdi operas. This is Aida staged by Yury Alexandrov, one of the latest premieres of the Nabucco theatre staged by Efim Meisel, and La Traviata — the sad story of ''the lady with the camellias''.

Gala concerts on February 22 and 23 will traditionally bring together ''all stars'', but the main decoration will be mezzo-soprano Julia Lezhneva, who made at a very young age a tremendous career on the opera stages of the world. The New York Times called her voice ''the voice of angelic beauty'', and Die Welt wrote about her ''flawless technique''. Lezhneva comes to Kazan for the first time, and it can be considered a sensation of the festival.

In addition to the main, this year the festival will show a parallel programme, the entrance to which is free. It includes lectures on the history of the Kazan Opera, the path of Feodor Chaliapin, one evening will be dedicated to contemporary opera, one will have the opportunity to watch the recording of Alexander Manotskov's Opera Jacob's Dream, or Scary Place and Kollontay by Elmir Nizamov. In the parallel programme with a story about European Opera festivals, there will perform the music critic from Warsaw, Alexander lyaskovsky. One night will be dedicated to contemporary opera, one will have an opportunity to watch the recording of Alexander Manotskov's Opera Jacob's Dream, or Scary Place and Kollontay by Elmir Nizamov. Photo: Oleg Tikhonov

''This year there are more Russian operas in the festival programme than ever — there are four of them. One premiere — The Tsar's Bride. Maybe that's why there are a lot of singers from Russian theatres. There are some very interesting debutants: Yulia Lezhneva, Maria Lobanova, Dmitry Ulyanov. There are no productions in the programme that would be inferior to, for example, Madama Butterfly or Eugene Onegin. The concentration of the best performances of the theatre — that's what is the programme of the festival this year,'' believes observer of Orpheus radio Nikolay Rybinsky. 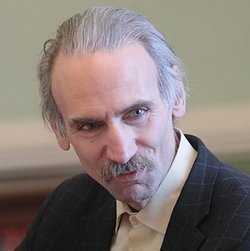 ''A lot of attention to our Russian singers is striking, and it pleases. The circle of invited soloists has been considerably updated, and this is also a plus, there are names that we know well in the capital, but so far little known in Kazan. New faces at the festival are always positive. It is remarkable that now our own, Tatarstan singers, perform many parties, including the title ones,'' opera critic Dmitry Morozov expressed his opinion.

The programme is certainly interesting, and the only problem is how to get to the opera hall. Tickets for all performances were sold out already in December.