Kazan hoteliers complain about tax oppression and ask for exemptions

All Russia supported colleagues from Tatarstan: tens of associations of the hotel industry and representatives of over 500 hotels

The Ministry of Economic Development of the Russian Federation will prepare by-laws for classification of the hotel business, which has been postponed for some time. The Hotel Association of Kazan and the Republic of Tatarstan is also participating in the creation of the documents. At the same time, the organisation sent a proposal to develop the hotel sector to Moscow. The letter written by head of the association Gulnara Safina met with support in many regions – tens of other associations and hundreds of hotels across the country signed off on it. In the uneasy economic situation and instability in the tourism market, the community of hoteliers criticised new laws in the sector and ask for tax exemptions. Realnoe Vremya tells the details.

The letter with the statement of problems and proposals for the hotel business was sent to the Ministry of Economic Development of the Russian Federation as early as 12 November 2018. The necessity to reduce the VAT rate is the first clause. It's noted that now such terms are applied in the majority of EU countries. For instance, hotels in Austria work with a 10% rate while the basic rate is 20%, Greece has 6,5% with the basic rate of 23%. The Hotel Association of Kazan and the Republic of Tatarstan proposed the ministry to think about reducing VAT to 7-10%. It would help to find money to renew the accomodation capacity and increase salary to employees, which is 25,000 rubles on average now.

The reduction in the land tax rate, which is 1,1% in Kazan and 1,5% as maximum in the country, is the second proposal. The association offers to apply a general federal reduced rate of 0,1-0,5% of the cadastral value without the right to raise the coefficient at the regional level to the hotel sector. Or consider another option with differentiated application of the reduced rate depending on the type of hotels – resort, urban, etc. Gulnara Safina notes that the hoteliers proposed such an initiative to the Tatarstan government but they didn't receive feedback. Photo: Maksim Platonov

Another request is to reduce the property tax rate, which is created by the region. Gulnara Safina notes that the hoteliers proposed such an initiative to the Tatarstan government but they didn't receive feedback. The organisation is asking the economic development ministry to apply a reduced coefficient of 0,1% of the rate to the property of companies where the taxable base is defined as cadastral value. Such a state support measure was planned in Moscow as early as 2015 for big hotel complexes whose tax size rose many times after attaching it to the cadastral value. While other regions stayed on the sidelines. 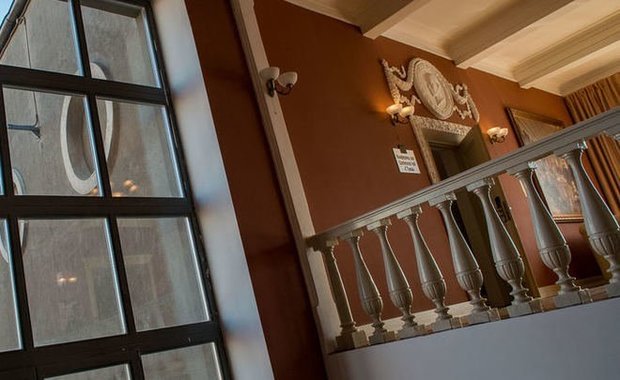 The documents have many sectoral inconsistencies. For instance, the Federal Service for the Oversight of Consumer Protection and Welfare writes in Sanitary Rules and Regulations that hotels can't be located in non-residential facilities. But all hotels have a status of non-residential unit. Photo: Maksim Platonov

Hotel classification is the most important thing now

Safina calls three project documents in the much-discussed compulsory hotel classification. The provision on classification, which is about to be created, is the first, change of rules in hotel services is the second, accreditation of classifying organisations is the third.

It should be reminded that it turned out first that, in fact, anyone could become an expert. And the sector's participants actively discussed it.

''There is a big number of sore points, I enumerated all of them there. And the economic development ministry received this letter. I have had only a positive impression of the ministry now. They had a meeting on 7 December, invited hoteliers from all the Russian Federation to understand these three projects – what to do with them, if they should be accepted in this way,'' Safina says.

At the moment, the documents have many sectoral inconsistencies. For instance, the Federal Service for the Oversight of Consumer Protection and Welfare writes in Sanitary Rules and Regulations that hotels can't be located in non-residential facilities. But all hotels have a status of non-residential unit.

''They understood it too. They said they would verify all the documents, see. Now in the sector, we will have all three documents considered in such an emergency state,'' the president of the association notes. We need to remind that the bill on compulsory hotel classification was to come into force from 1 January 2019, but terms were put off after criticism from the industry at the meeting on 7 December. In the end, it was decided to polish it.

Another meeting was in the Federation Council in late December where representatives of the hotel business of the republic were also invited. Vice-Minister of Economic Development of Russia Sergey Galkin, who is supervising tourism now and, in fact, to whom the proposals of the Hotel Association of Kazan and the Republic of Tatarstan were sent, presented a report there.

''We understood the team has heard us. All the remarks the sector of all the Russian Federation made at the meeting on 7 December have been heard. They proposed everything we said to the Federation Council and gave us a brief reprieve to let us look at these documents anyway.''

The Hotel Association of Kazan and the Republic of Tatarstan expects these three bills to enter a decisive stage in January-early February. President, Executive Director of the Russian Hotel Association Gennady Lamshin hopes the issue might get off the ground in February. And in March the government would confirm the key by-laws.

''The sector has the same complications year after year''

The position of the community of hoteliers on other issues stated in the letter was delivered too. But there haven't been any reasons to be glad about so far. Meanwhile, not only colleagues from other regions but also representatives of hotels in Kazan, of course, hope for feedback, which will help the industry.

Director of accommodation capacity of Mirazh hotel Pavel Timonin says they are familiar with the proposal of the association and support them.

''The sector has the same complications year after year – the unreasonable rise in financial load, mainly due to the imposition of different additional requirements for technical equipment of facilities, the imperfection of legislation in our region, difficulties in communication with different inspectors and control bodies. All this will get worse this year because of higher VAT and the general unfavourable economic situation,'' the hotel's representative enumerates.

But due to the high competition in the market, it is impossible to raise the end value of the accommodation capacity in accordance with growing costs.

''We just can't include all these factors to the end price of the room like it will probably be done in other sectors, especially in a low season. Consequently, all the above-mentioned things will affect hoteliers in the form of additional costs. Undoubtedly, any reduction in the tax load will positively affect the sector as well as reconsideration, exemption or cancellation of the new requirements for the hoteliers introduced this year. For instance, the problem of reducing the administrative load on employees and directors of hotels in migration registration has been existing for long. Apart from it, there is plenty of other issues that were raised in the proposal of the association. We hope very much this proposal will be considered and taken into consideration,'' Pavel Timonin notes.

According to Gulnara Safina, now the hotel business in Kazan lives from event to event. For instance, 2015 was great because of the FINA World Championships, and 2016 was a failure in many indicators. In 2018, the hotel business was lucky thanks to the FIFA WC. But the newspaper's interlocutor says it ended. On the New Year eve, some of the Kazan hotels even reduced the price for rooms due to unstable occupancy. According to her, the hotels were 69% full on the New Year holidays. But the Tatarstan State Committee for Tourism has a bit different data – 78,4%. The president of the association explains such a difference by the hotel sector's big coverage, particularly the analysis of not only hotel occupancy. She notes considering flats, this number might total even 85%.

Now the association continues taking active actions on the warpath for developing the hotel sector. Particularly a meeting of Kazan hoteliers with the representative of the regional operator on solid municipal waste disposal – to discuss the changes in work. In addition, they plan to discuss the problem of regulating the apartment market with the Tatarstan State Committee for Tourism. At the moment, it's impossible in Russia to affect services flat rental per night, while in many European countries, in the USA, this problem was solved several years ago. 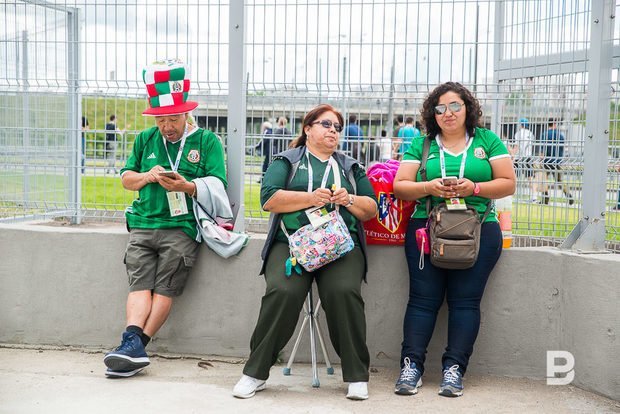 2015 was great because of the FINA World Championships, and 2016 was a failure in many indicators. In 2018, the hotel business was lucky thanks to the FIFA WC. Photo: Maksim Platonov

''Everybody fights it, while it blossoms in Russia. This is why they enter our market and dictate conditions, as they are monopolists,'' the president of the organisation complains.

However, the region will unlikely be able to change the situation – it's up to the federal centre. Nevertheless, Gulnara Safina doesn't exclude they will create a certain position on this issue and send it to Moscow.

Meanwhile, apartments are important rivals to hotels. They not only take a part of clients away but also, unlike hotels, they don't spend money to provide guests with security and they aren't examined by inspectors. That house in Magnitogorsk where people died as a result of an emergency by New Year can be called a negative example. One can find an offer to rent a flat in this block of flats on Booking. By the way, in one of the recent comments dated back to precisely December 2018, a guest writes he detected a gas leak in the apartment because of the very old gas cooker.