''We all know that Russian Central Bank does not like Forex.'' Regulator organizes a big purge of brokers

The companies that stood at its origins in Russia, will leave the market. Among them — Alpari, which has Kazan roots

Closer to the New Year, the Central Bank of Russia has thrown a curve to the participants of Forex market, revoking licenses from most Russian brokers. Companies that stood at the origins of this direction in Russia, including Alpari originating from Kazan, have remained without licenses. After the decision of the Central Bank, in the Forex market there have remained only subsidiaries of three Russian banks and Finam Group. Read more in the material of Realnoe Vremya.

On December 27, the Bank of Russia cancelled the licenses of several professional Forex market participants. Under the sanctions there have turned out to be, in particular, Alpari Forex, Forex Club, Teletrade Group, Fix Trade and Trustforex. Their licenses will be terminated in a month — from 27 January 2019.

The reason for the cancellation in all cases were repeated violations of the securities legislation made by the companies within one year, the Central Bank points out.

In the case of Alpari Forex, it was non-fulfillment or improper fulfillment of the regulator's instructions, submission of unreliable reports, as well as violations related to risk management. Teletrade Group also submitted false statements and disclosed false information on their website; in addition, the company admitted violation of the procedure of its equity calculation. The reason for the cancellation in all cases were repeated violations of the securities legislation made by the companies within one year, the Central Bank points out. Photo: ru.wikipedia.org / NVO

The position of the Central Bank was explained by the head of the department of combating unfair practices, Valery Lyakh. According to him, the companies that had their licenses revoked attracted customers through aggressive advertising, issued them to foreign dealers, and the money was taken to offshore. ''The biggest sin in the market is disrespect for the regulator,'' said Lyakh (quoted by The Bell).

If all five professional participants leave the Russian market, only a few Forex brokers will remain in the country. Finam Group and PSB Forex, VTB Forex (owned by state Promsvyazbank and VTB) and Alfa-Forex (owned by Alfa-Bank).

The professional participants themselves took the decision of the Central Bank as a bolt from the blue. ''It's very strange and completely unexpected. Yesterday, representatives of the Bank of Russia jointly participated in the work of the financial markets committee in the State Duma. There were all Forex dealers who discussed the prospects of this market,'' Teletrade told TASS. ''Until now, Alpari Forex, which is a Russian legal entity of the Alpari brand, has not received an official notification from the Russian regulator about the revocation of the license and continues to serve customers in full compliance with Russian legislation. Upon receipt of the notification, the Russian legal entity will act in full in accordance with the legislation of the Russian Federation and appeal the decision of the regulator in the manner prescribed by the law. In the meantime, the material published on the website of the Bank of Russia, does not give an understanding of why the Bank of Russia intends to withdraw licenses from all companies that are not subsidiaries of banking institutions,'' official representative of Alpari Andrey Loboda told Realnoe Vremya.

Offshore companies and a player from Kazan

Alpari Forex is an international broker with Kazan roots. The Alpari brand was created in Tatarstan in 1998. The founder of Alpari was businessman Andrey Dashin, who is now the beneficiary of the company. The structure of Alpari includes several divisions — Alpari US (USA), Alpari UK (UK) and Alpari FS (Cyprus).

In 2017, the name of Andrey Dashin was often mentioned in the media in connection with the litigation with Yandex and Google Inc. — the businessman, appealing to the law on ''the right to oblivion'', tried to clean up the Internet from information which, in his opinion, discredited its advantage and business reputation.

Trustforex was registered in Moscow in April 2015. Until the autumn of this year, the owner of the company was Alexander Alexandrov, from the end of October 100% of the authorized capital belongs to the Cyprus Fin Whiteline Investments Ltd.

Fix Trade (provides services under the brand name InstaForex) has existed since 2008. The main owner of the company today is Ildar Sharipov, who directly owns 65% of the capital.

Teletrade Group is a Russian division of the international brokerage company Teletrade. The owner of the Russian subsidiary is Vladimir Chernobay. In October, he and his nephew Oleg Suvorov were charged with fraud in absentia. The offices of the Forex dealer were searched, during which the security forces seized accounting documents and computer equipment.

Finally, Forex Club, registered in 2010, is owned by Artacho Ltd. (Cyprus). However, earlier the company was associated with the name of Oleg Reps. 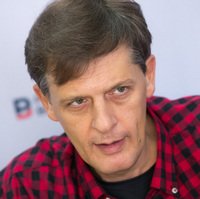 According to Yan Art, an expert of the State Duma Committee on financial market, the decision of the Central Bank was really unexpected. ''It has always been clear that the Central Bank is skeptical about the Forex market — without much liking, without the desire to develop it. But the review itself was a surprise. Just yesterday, we held an expert meeting on market issues at the State Duma. And in the morning YAn — such news,'' he says.

Yan Art calls VTB Forex the leader of the Russian market. However, many of the departed companies formed the market at the stage of its formation, so the departure of these dealers is ''sad for the industry''.

At the same time, Mr. Art continues, the remaining dealers will be able to serve all customers, since the Russian market is still very small: the total amount of customer funds is estimated at 1 billion rubles. Many Russian clients trade Forex through offshore jurisdictions — this market is two times larger.

''Of course, such a massive revocation of licenses has been a shock to the market,'' confirms the president of Finam Group, Vladislav Kochetkov. At the same time, he considers the actions of the Central Bank justified, ''He cancelled the licenses of those who used their licenses to sell services to foreign companies. At the same time, the interests of Russian consumers of financial services, who were sure that they were buying the services of a regulated Russian dealer, often suffered. Maybe this is good, because the illegal Forex market has become half as small,'' he says. 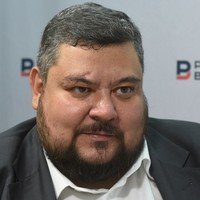 However, Kochetkov adds that it is better to deal with the illegal market by other methods — in particular, through the FAS, ''We all know that the Central Bank does not like Forex, it does everything to prevent this market from developing. But no one still prevents Forex Club, Alpari, Teletrade and others from advertising foreign companies in Yandex and Google. Earlier they just risked the license, and now do not risk anything. I will summarize: the decision is unexpected, the decision, in my opinion, is fair. But this is a half-measure, and we need to work further — systematically and profoundly.''