Investors are overtaken by nervousness due to the FRS’s decision, bad news and prospects of the economy

The US market continues shaking: S&P 500 suffered from the next fall on the eve of Catholic Christmas and stopped on the verge of the biggest monthly collapse since 2008. Together with the rising rates of the FRS, the bad news aggravate the situation. Uncertainty, prospects of a full-fledged trade war with China and a future slowdown in the economy frightens investors. Realnoe Vremya tells the details.

The US market fell to a 20-month low late on 24 December. The S&P 500's rate went down by 1,5% again in the last days. According to Bloomberg, in comparison with the September maximum, the rate has already lost more than 19,8% and nowadays it's on the verge of the biggest monthly fall since 2008. The S&P 500's collapse was accompanied by the weakening dollar and oil rates: Brent's price hit $45 per barrel at 24 December auctions.

The shakeup in the US market has been lasting for long, analysts have already called this December the worst month since the 1930s. The state of affairs got worse last week when the Federal Reserve System of the USA (FRS) expectedly raised the basic rate to 2,25-2,50%.

The rise in the rates worsened the digressive trend on the oil market, which has been under pressure in the last month, despite the OPEC+ production cut deal in the first half of 2019. Last week, Brent's price decreased to local lows several times, while the quarterly fall was assessed as the biggest in the last four years.

The negative news background didn't favour the stabilisation in markets, either. At the weekend in the USA, the government's work was partly blocked, as the Congress didn't manage to approve the budget without agreeing with President Donald Trump's desire to spend $5,7bn to build the wall on the border with Mexico. The government's work has been blocked twice this year. However, then it didn't take a year. This time, ministry employees can be on an unpaid holiday till January. Moreover, on 24 December, Trump who is against raising the rates made the next attack on the FRS and called it the only problem of the US economy.

Investors who hoped to find signs of stability in Washington that are able to bolster confidence turned out in greater confusion instead, notes Bloomberg. The market lost pleasant messaging from the White House, says Ernesto Ramos, head of equities at BMO Asset Management.

Portfolio manager at Washington Crossing Advisors Chad Morganlander added that the reality is that Washington has a massive amount of unpredictability. Together with fears because of the slowdown in global economic growth, this ''gives investors this level of chill where they're going to compress multiples regardless of what the backdrop in 2020 will be.''

It's all because of nerves

The experts Realnoe Vremya talked with also note the market was overtaken by emotions. Apart from fundamental reasons like the rise in rates, the current fall has subjective too, says Vice Director General at Finam IC Yaroslav Kabakov: ''It's a huge amount of uncertainty, nervousness, misunderstanding of development prospects of the USA's foreign policy, an opportunity to declare a full-fledged trade war on China,'' he enumerates. ''All these factors destabilise the US market. In addition, many participants obviously don't want to celebrate Christmas and New Year with the assets that might significantly correct after the holidays.'' 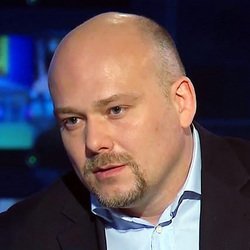 In Kabakov's opinion, a ''showdown'' might be after New Year. At the same time, expectations of a new rise in rates will put pressure on the market in the future as well. In fact, Kabakov says the current fall already includes previous actions of the Fed: ''The market is regaining the future news now. If the FRS's position becomes suddenly softer, we will see an attempt of bouncing back.''

The US market had been actively falling since early October, remembers director of the Market Analysis Department at Oktritie Broker Konstantin Bushuyev. Investors have been regaining forecasts of all the biggest institutes (IMF, World Bank, OECD and others) that the US economy reached the highest paces in 2018 and will inevitably slow down in the next years with accelerating inflation.

The wave of fall in exchange markets of developing countries seen during the year has ended now. And these markets are in a better situation now, Bushuyev notes. Economists forecast accelerated growth of GDP of developing countries, their markets didn't fall in general for a reason, while the S&P 500 suffered a decline for several months. 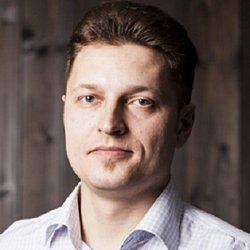 ''We don't see good long-term prospects of the American stock market. But we shouldn't wait for a heavy fall. We are likely to see dynamics of slow stagnation. The situation in other stock exchange markets might be more promising in the next years,'' Bushuyev thinks.

''We think we can't bury the US market. There are always reverse moves after heavy downs. In addition, the current situation should be considered as a correction to the increasing trend, which has already being maintained for many years,'' says director of Freedom Finance's branch in Kazan Marat Sabirov.

He offers to change the focus of perception: the Fed really raised the rate but simultaneously softened the rhetoric. Head of the FRS Jerome Powell says the regulator will see how the economy will develop in 2019 and increase the rate only if needed. It's not sure the rate will be raised at least once a year, Sabirov thinks. 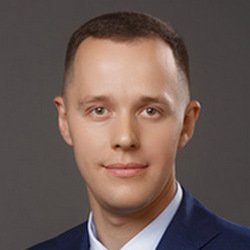 In addition, the USA and China agreed to place a moratorium on reciprocal rise in industrial duties at the recent G20 summit. The peace will last for 90 days, this time will be used for talks. Consequently, real actions, which will give the markets a stimulus for growth, can be in January-March 2019, Sabirov says.

In his opinion, everything that has recently happened to the US market wasn't linked with economic but political reasons: ''We don't see prerequisites for a recession in America – all is more than good. But we do see a political crisis, and it influences markets.''