Why oil prices collapsed and its consequences for Russia

Despite a new OPEC+ deal, oil prices fell below $50 per barrel last week. Most experts think the chances they will bounce back to previous high levels aren't so high: 2019 promises a reduction in world demand, while growth in shale production in the USA is destabilising the market, which is already shaky. Realnoe Vremya tells what brought to the collapse of oil rates and its consequences for the Russian economy.

OPEC+ has no power over market

Most part of 2018 was an oil rally. But the last month made an unpleasant surprise. The rising trend instantaneously changed for another one, which, in experts' opinion, might stay for long.

Oil updated local record lows several times last week. Oil futures in New York fell below $50 per barrel for the first time since October 2017 on Monday. The quarterly fall was estimated as the biggest one in the last four years by the end of the week. Analysts even began to compare it with the previous market collapse in 2014 – it also happened in the last quarter.

The current collapse happened just two weeks after OPEC+ agreed to cut production by 1,2m barrels a day (according to the deal's terms, member states of the alliance will reduce production by 800,000 barrels and OPEC partners – by 400,000 barrels). It was supposed the decision of the alliance will get prices back. However, it hasn't become more positive in the market.

The USA that has reached a record high shale production this year disturbed the peace first. Due to it, the market doubted that OPEC+ was able not to allow oil surplus (the alliance reduced the world demand forecast for 2019 several times in the year). In addition, there are fears of an upcoming global recession, which people have talked more and more about in recent time. A slowdown in the economy of China became a reason for these fears as well as an indirect sign – the yield curve of US Treasuries. The yield of long issues of bonds have been lower than that of short for the first time since 2007, some economists consider it as an approximation of a crisis.

The correction in the oil market got worse after the rise in the basic rate of the Federal Reserve System (FRS) to 2,25-2,50%, which seemed expected.

''Firstly, oil trades in dollars, which means the rise in FRS strengthens the dollar and simultaneously cheapens commodities. Secondly, investors are afraid a too aggressive monetary policy might provoke a recession in the global economy and, as a result, severely hit demand for commodity goods, including oil,'' says Felipe de la Rosa, international market portfolio manager at General Invest.

'$50 per barrel is an average mid-term price'

Analysts have different opinions about how long oil prices might be around $50. Nevertheless, few people believe they will recover to previous high levels soon. ''The prices will be under pressure in the short term amid an imbalance in the physical oil market,'' thinks Felipe de la Rosa. 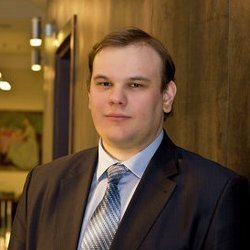 ''I don't think OPEC and countries who joined the deal hoped to make prices go back to $80. The deal was rather designed not to allow falls,'' says Deputy Director of ACRA group of corporate ratings Vasily Tanurkov.

He considers the current situation mostly a psychological reaction to the next rise in the rate of the FRS and the general situation in the US fund market. If the growth of the world economy really slows downs, demand for oil will reduce, and it will be more difficult to balance the market than expected. On the other hand, it won't become possible to significantly augment shale production with the current prices. Together with the reduction in production by OPEC+, it can bring to a shortage of supply in 2019. ''Anyway I think there must be a growing correction in the first half of the year,'' Tanurkov adds.

''$50 per barrel is an average mid-term price, as both our functionaries and many foreign experts think,'' director of the analytical department at Alpari Aleksandr Razuvayev. ''OPEC doesn't have mechanisms to control the reduction of quotas, and the market thinks liabilities won't be met completely.''

No reason to panic. Neither to be glad

What are the consequences of the fall in oil prices for Russia? In Razuvayev's opinion, there is no serious reason to worry now, as the budget was calculated on the basis of a more conservative forecast: ''The Central Bank will just buy less currency for the Ministry of Finance.'' 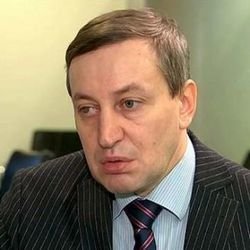 Shale production has more than doubled in the USA in the last 6-8 years. As it continues growing, the pressure will maintain. Quite a positive period of low prices is likely to await us, thinks Sergey Khestanov, adviser to the director general at Otkritie Broker on macroeconomics and RANEPA senior lecturer.

''Prices remain above $43 now, it's not a big problem. On the other hand, it's well known that the ruble weakens and inflation immediately grows after a reduction in oil prices. It will likely lead to some slowdown in economic growth, which is still small here. This is why there is no reason to panic, there is nothing to be glad about, either,'' Khestanov says.