Which of the catering institutions in Kazan are leaving the market, and which of them, in spite of everything, are mastering new formats and succeeding

A number of Russian experts and restaurateurs have raised concerns that the next year for the catering market is going to be difficult: more closures are expected than openings. For example, market participants in St. Petersburg attribute this to unfulfilled hopes for the World Cup and insufficient growth in incomes. In Kazan, after the World Cup, the situation turned out to be calmer, although one can find more than a hundred offers for sale of ready-made restaurant businesses. Read the details in the material of Realnoe Vremya.

The premium segment has already decreased

The catering market is going through difficult times, as recognized by its participants. Restaurateurs and brokers in St. Petersburg predict that in 2019 they will have to close more places than to open, citing too high expectations from the World Cup and too many new places. In Tatarstan, the situation is different:

''In Kazan, the situation is different than in St. Petersburg. We host WorldSkills, representatives of 67 countries come to the city, an influx of tourists is expected. The next year should be as good as this year. As for the opening of institutions specially for the World Cup, for several months, like, for example, in Moscow, we did not have this, have not yet reached this level. The payback of the business is not 2-3 months after all, investments are significant, even if you open a small format,'' executive director of the Association of Restaurateurs and Hoteliers of Kazan and Tatarstan Galina Sharafutdinova explained to Realnoe Vremya. 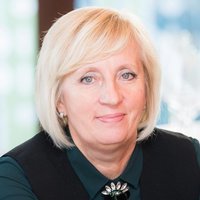 The interlocutor of the publication does not predict a mass closure of catering places next year, ''On the contrary, about five or seven projects are being prepared now, which are going to open. There is another format appearing — a more democratic, low-cost one. The format of coffee houses is popular, burger places feel themselves quite good, Vietnamese cuisine in a small format, three to five tables. There are a lot of young entrepreneurs who want to try themselves in this. Ten years ago, such formats were not in demand, they had to risk serious money at once. Today it is possible to test, and if such small institution feels good, it is replicated or the format is enlarged,'' the expert explains.

About 20 Kazan institutions opened on the eve of the World Cup, but, according to her, it had not been planned intentionally. There are certain changes in the market, but the representative of the association does not see any negative dynamics.

''The premium segment has already been reduced, the average is shifting into the category of democratic, it is already disappearing as such. In the democratic format there can already be both students and ''white collars'', there is no rigid boundaries. Such formats allow to erase the line, do not focus on the person, but only on food,'' says Sharafutdinova.

In general, over the year a lot of institutions have been opened, the expert found it difficult to name an exact figure, but noted that at least 50. It has not been high-profile closures unlike in previous years. Then the city closed the chain of restaurants Tango of Mikhail Gorshenin. This year, the building on Bratyev Kasimovykh Street was offered for sale for 210 million rubles.

''Last year there closed the formats that had worked for a long time, this year has been calm. The closures were insignificant, more institutions opened than closed. If previously there was the trend that 10 opened places accounted for about 15 closed ones, now the situation is the opposite. It's good that the market has settled down,'' Sharafutdinova says.

Despite the positive mood in the association of restaurateurs, on Avito one can find more than a hundred offers for sale of businesses in the catering sector. The owners are ready to sell a cafe in the food court, places with shawarma and pizza, express pizzeria, canteens, restaurant in a shopping complex. The price tag varies from 100,000 rubles to 20 million. The press service of Avito noted that in the third quarter of 2018, the purchase of ready-made businesses in the catering sector took the third place by demand — 19% of the total volume of the finished business for sale. A year ago in the same period, it was 20%. As for the cost of ready-made businesses, it decreased by 11% in the third quarter. More detailed information on the sale of ready-made businesses in the catering sector the press service of the company promised to prepare next week.

The presence of ads for the sale itself does not mean that the catering is experiencing difficulties. 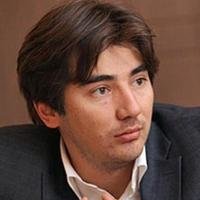 ''There is a lot of reasons for the sale of businesses, each has its own. Someone failed, someone has other priorities, someone wants to focus their attention on another business. In addition, in 80% of cases offer a loss-making business. Often people sell a business owing lack of knowledge,'' says the owner of the teahouse P. Love, Nurislam Sharifulin, emphasizing that the ads do not indicate the problems in the market.

In general, the year was positive, the market is growing, and this trend will continue in 2019.

''I think that next year the market will grow from 5% to 15%. Yesterday I was in Moscow, a lot of Moscow chains want to enter Kazan. They study the market before they come,'' Sharifulin continues.

Some market participants express concerns that such an advent of major players may leave the city without local brands. 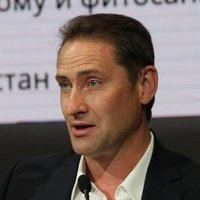 ''The global trend is that federal brands absorb, roughly speaking, kill local ones. This is a long-term perspective. On the local market there will survive author's concepts, where the owner is immersed. In general, the times are not fun in terms of money. We, for example, are reducing the price of some dishes, do such marketing tricks,'' director of Dodo Pizza-Kazan Vyacheslav Miller tells about fears.

Nurislam Sharifulin, in his turn, believes that the federal players will come a little differently and local businesses will not be affected.

''Federal networks find a local rich partner who deals with issues here, a building is built for the federal brand, if necessary, and so on,'' Sharifulin tells about the order of actions.

It is non-professional players who are closing

Kazan restaurateurs have their own answer to the negative forecast for the market of public catering in Saint Petersburg. 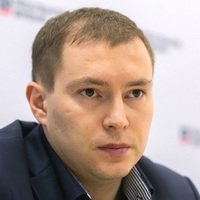 ''Perhaps there is a glut in their market, again there were massive openings before the World Cup. We also had a glut of the market, but over the past two years there has been a big clearing, many were closed, because either worked on the old model, or were managed by non-professionals,'' said restaurateur Azat Islamev.

As for those closures that are still taking place, in his opinion, this applies mainly to non-professional players. ''Network projects are doing well and showing growth. In general, everything within annual average,'' says Islayev.

Director of the cafe Baden Baden Oleg Akimov believes that next year many will have to close and the number of closures will exceed the number of new institutions.

''Big restaurants are already closing, it will be very difficult for big players. And small, medium-sized market participants are absorbed by the cheapness of canteens. They close their eyes on quality and offerlow prices. It speaks about the level of our intellectual education that we are not accustomed to good food, we do not need to blame everything on purchasing power,'' Akimov is dissatisfied.

As an example, he cited Uzbekistan, where the quality of canteens and prices are higher than ours, the level of such institutions is closer to cafes. Basically, residents of large cities have meals in such places, despite the fact that wages in Uzbekistan are lower, Akimov is perplexed. As one of the directions to support the catering market, he offers the opportunity to supply hostels with finished products, which is now popular and has prospects.