Russian car export at risk due to new conflict with Ukraine

Russian carmakers may lose one of their biggest export directions due to a deterioration in relations between Russia and Ukraine. Given that one of the biggest exporters, Volkswagen, has halted the supplies of Russian-made Skoda Yetis to Europe this year, the Ukrainian market is likely to become a significant loss.

The growth in Russia's car export can be in jeopardy if a new bill banning Russian vehicle supplies is passed by the Ukrainian government, considers Automotive Logistics. Ukraine alongside with Latvia and Azerbaijan is one of the key markets for Russian-made cars. In 2017, it was the second-largest sales market for the country after the Czech Republic. The latter received 16,700 finished vehicles from Russia last year, while Ukraine imported 3,800 finished Russian vehicles. The third-largest sales market for Russian cars was Latvia with 3,500 imported vehicles.

Almost all finished vehicles exported to the Czech Republic last year were produced by Volkswagen. According to earlier announcements, the carmaker was supposed to export 10,000 Russian-made Skoda Yetis in 2017. However, the carmaker has stopped exporting Skoda Yeti from its plant in Nizhny Novgorod to the European Union this year. Instead, the company began assembling a new model, Karoq, at two plants in the Czech Republic.

As for supplies to Ukraine and Latvia, they have been growing in 2018, says Automotive Logistics, adding that the growth can be dented by new sanctions. The new bill recently registered by the parliament of Ukraine is intended to ban all finished vehicle import from Russia. The tensions between the two countries escalated after a clash between Russian and Ukraine warships in the Sea of Azov in late November. President of Ukraine Petro Poroshenko has even introduced martial law in the eastern part of the country. 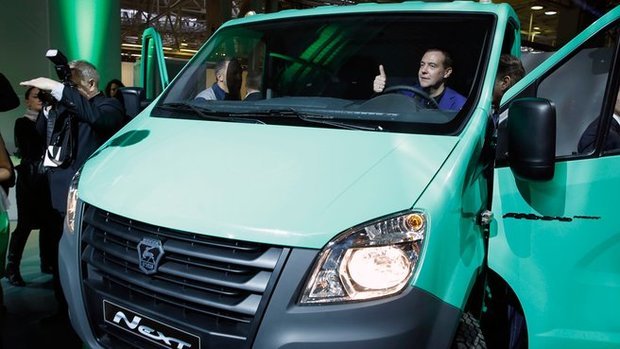 In the first nine months of 2018, vehicle export from Russia amounted to 66,000 units, which was by 3,7% higher compared to the same period of 2017, reported Russia's Federal Customs Service, adding that Avtovaz and Volkswagen were the biggest exporters. At the same time, vehicle export from Russia in terms of value declined by 10,7% in the same nine months. The decline was probably caused by weak sales in Europe.

The Russian Export Centre (REC) forecasted that overall automotive export from the country, including vehicles and automotive components, could increase by 10% compared to the previous year and reach $3,3 billion in 2018, underlining the importance of parts supplies. The centre also expects automotive industry export to keep growing in the future.