The Central Bank of Russia has recorded anomalies in the behaviour of depositors: recently retail customers have withdrawn money from the banking system, preferring to keep them in cash. As a result, the volume of funds in the hands of the population reached a six-year maximum, and banks, in order not to lose customers, began to lure them with deposit rates. The experts interviewed by Realnoe Vremya do not see anything extraordinary.

Analysts of the Central Bank have recorded a non-standard situation with the movement of money of the population: the Russians have recently actively taken foreign currency from banks and left them to be stored in cash. In the third quarter, the net withdrawal of foreign currency from deposits had been the highest since 2003, if we do not take into account the events of the end of 2014.

During July-September, the total amount of deposits of individuals in the currency fell by $0,9 billion. As noted in the bulletin 'What trends tell about' (it may not reflect the official position of the Central Bank of Russia), an alarming news background associated with possible sanctions against major state banks could lead to a reduction. ''The latter could encourage depositors to transfer their foreign currency savings from bank deposits into the form of cash currency,'' the bulletin says. In September, Head of the Central Bank Elvira Nabiullina denied these rumours, ''We do not consider any measures of forced conversion. We believe that this measure can only undermine confidence in the financial system.'' Photo: Maksim Platonov

The volume of ruble cash on hand has also increased significantly. The Central Bank of Russia notes that this requires additional analysis, but suggests: it is possible that customers of some banks have withdrawn money not only from foreign currency, but also from ruble accounts — again because of fears of sanctions.

As a result, the annual growth of cash outside the banking system in July-September exceeded 13%, which had become the highest level since mid-2012. In the last quarter of 2018, the increase in cash on hand may be less if the news background calms down. At the same time, analysts write it is unlikely that all the currency withdrawn from the banking system went on spending in foreign trips.

The impetus for the outflow of deposits in previous months was the news of possible US sanctions against several major banks, mainly strategic ones. The reports that they can block payments in dollars gave rise to mass rumours about the forced conversion of deposits. In September, Head of the Central Bank Elvira Nabiullina denied these rumours, ''We do not consider any measures of forced conversion. We believe that this measure can only undermine confidence in the financial system,'' she said. However, nervousness is still present. 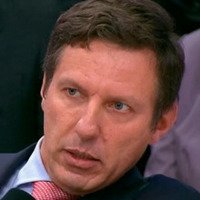 ''Nothing extraordinary happened with foreign currency deposits in the third quarter. In July, they increased by $0,8 billion, in August they decreased by $1,1 billion, and in September — by another $0,6 billion,'' says Maksim Osadchy, the head of the analytical department at BKF Bank. For example, in April-June, the outflow was greater, he adds; then it was due to the April wave of sanctions aimed primarily against the companies of Oleg Deripaska.

According to Osadchiy, from the historical maximum (1 May 2017) to 1 October 2018, foreign currency deposits decreased by 9,8 billion. This is ''clearly not tragic for the Russian economy and the banking sector''. ''The decrease of foreign currency deposits is one of the components of the de-dollarization of the Russian economy. Banks react to the outflow of deposits by increasing interest rates. Sberbank in November managed not only to stop this outflow, but also to reverse it,'' Osadchiy notes.

''It seems to me that there are two parallel trends. The main thing is, of course, the impact of bad news about the possible tightening of sanctions. The second trend is the stagnation of real incomes of the population: they are not growing, and in some segments of the population they are even declining, people are beginning to withdraw from deposits what they have,'' says banking analyst Aleksander Proklov. 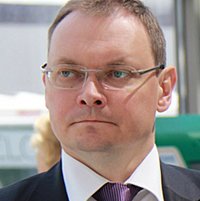 He believes that until the situation with sanctions is finally resolved, the attitude to deposits in foreign currency will be cautious, ''In general, deposits of individuals will be a more scarce source of funding, since the situation is being really difficult. We see that banks are already raising rates, especially on foreign currency deposits, and I think it will continue in the next one or two months.''

Banks have recently really tried to keep customers, increasing the profitability of their deposits. So did many of the big players. VTB in November increased the maximum yield of retail products to 8%, FC Otkritie Bank increased rates by 0,5-0,7 percentage points and also increased the maximum yield to 7,25%. In B&N Bank the rates across the main line increased by 0,2 percentage points, Raiffeisenbank raised the yield of ruble deposits by 0,6-1,3 points.

As a result, the average maximum rate of ruble deposits (calculated by the Central Bank for the 10 largest banks) increased from 6,6% in early September to 7,3% in the second decade of November.