Money under the mattress: Russians withdraw both dollars and rubles from banks in August

Private individuals have withdrawn 88 billion rubles, and foreign currency deposits have decreased by $1.1 billion over the month

Russians were massively withdrawing money from banks in August. The outflow of funds from foreign currency deposits amounted to $1,1 billion, and deposits in rubles for the first time since the beginning of the year have decreased by 88 billion. Experts interviewed by Realnoe Vremya link this mainly due to jumps in exchange rates, as well as with the fear of sanctions. At the same time, people did not direct the money withdrawn from the accounts to consumption, probably keeping them ''under the pillow''.

Neither in rubles nor in foreign currency

In August, for the first time in the last six months, the population reduced deposits in the national currency — by 88 billion rubles, or by 0,4% compared to July, follows from the monthly statistics of the Bank of Russia. Foreign currency deposits decreased even more — by 1,3% in a month ($1,1 billion). At the same time, the total amount of deposits of Russians in ruble terms increased from 27,1 to 27,4 trillion due to currency revaluation (the dollar and the euro rose by about 7% in August). 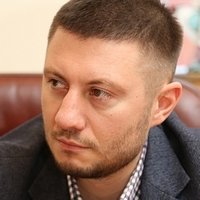 Russians withdrew ruble savings on the background of the weakening of the ruble — it was falling in August and early September and began to recover only two weeks ago. It is possible that due to exchange rate fluctuations, individual investors withdrew funds in rubles to buy currency on them, and at the same time kept them at home, says Managing Director at National Rating Agency Pavel Samiev. However, he adds, it is unlikely that it has acquired a mass character.

As for foreign currency deposits, Sberbank may have been the main reason for their reduction: the other day Bloomberg has reported that in August individuals withdrew $1,2 billion, fearing sanctions. A month and a half ago it became known that the US can impose sanctions against seven Russian state banks, seriously complicating their dollar operations. This led to rumours of forced conversion of dollar deposits.

The excitement intensified after the statement of Head of VTB Andrey Kostin, who did not rule out such an outcome, although he promised that all obligations to customers would be fulfilled. As noted by analysts of Raiffeisenbank, this could boost the outflow from dollar accounts. But later the rumours was denied by the head of the Central Bank, Elvira Nabiullina. According to her, such a measure as forced conversion would only harm the financial market.

Of course, potential sanctions and all related rumours could sow distrust among some investors, especially among large ones, Samiev says. 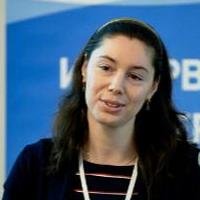 According to Lyudmila Kozhekina from the rating agency Expert RA, the devaluation of the ruble, which occurred under the threat of sanctions, could provoke the population to withdraw the currency from the banks to exchange it at a favourable rate and make expensive purchases against the background of expectations of price growth. However, the outflow of currency could be explained by another, more prosaic reason. ''During the holiday season, the population increases the need for foreign currency, which was probably one of the main reasons for the reduction of foreign currency deposits of individuals in August,'' Kozhekina believes.

Due to the outflow of the currency, banks began to raise the rates of the respective deposits. Sberbank has recently increased the profitability of the entire line of deposits in dollars. The basic level of profitability of dollar deposits (it is calculated by the Central Bank) for more than one year increased from 3,4% in September to 3,56% in October.

To withdraw, but not to spend

Not only the population were withdrawing currency from banks. For example, $2,6 billion were withdrawn from the deposits of legal entities in August. At the same time, there was an increase — plus 763 billion — on ruble deposits.

Despite the fact that from the point of view of deposits, August is traditionally considered a weak month, the fact of their reduction can be considered a negative fact, analysts of Alfa-Bank wrote. For example, the volume of ruble deposits in the corresponding month had not decreased over the past 10 years: ''We believe that the decline in deposits in August reflects the fears of the population about the instability of the exchange rate and the fact that the dollar may become a problem asset in the face of tougher sanctions.''

At the same time, the reduction of deposits does not necessarily mean a reduction in savings in general, according to Alfa-Bank, ''In the last week, there have been serious discussions about where this money was redirected — for consumption or to other assets. We do not exclude that the money from the deposits was either invested in real estate or transferred to cash.'' According to the research holding ROMIR, the average bill of the Russian consumer has fallen for the fifth month in a row. Photo: Damira Khairullina

Other factors also speak in favour of the fact that the withdrawn money were not directed to consumption. Thus, according to the research holding ROMIR, the average purchase size of the Russian consumer has fallen for the fifth month in a row. In August, it decreased by another 0,2% and amounted to 495 rubles, although the annual inflation last month was the highest this year.