''The European Union forces our countries to sort waste''

Within the framework of the business forum Finnish Business goes Kazan 2018, Finnish entrepreneurs visited the head office of TAIF PSC. The correspondent of Realnoe Vremya managed to meet with one of the representatives of the Finnish business —Commercial Director of the international company Molok Damir Budanets. He said that he had come to Kazan to present the production of semi-underground waste containers, which can be useful to the city in the transition to separate collection of household garbage.

Waste in semi-underground containers is compressed by the Earth's gravity

What goals do you pursue by participating in the business forum Finnish Business goes Kazan 2018?

I am looking for distributors in Tatarstan, as it is unprofitable to deliver containers from Finland. If we receive large orders, we are ready to open the production in the republic. We came to Kazan as part of the delegation of Finnish businessmen and politicians. Visiting countries with diplomats, it is easier to find new contacts and agree on cooperation. 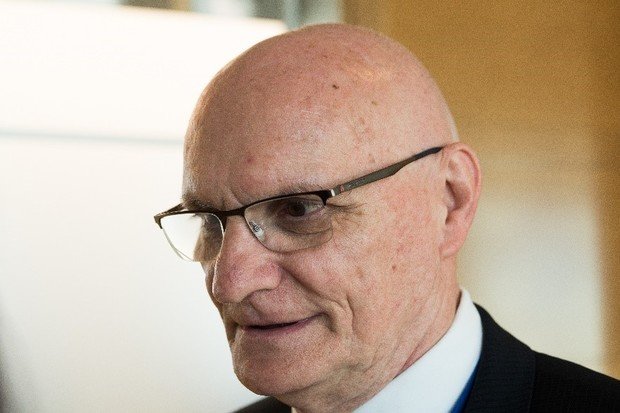 In Tatarstan, Damir Budenets was looking for distributors as it is unprofitable to deliver the containers from Finland. Photo: Maksim Platonov

How interesting is the market of Tatarstan for Molok?

We have not received orders from the republic so far. I have heard that Tatarstan pays special attention to the environment and especially to separate collection of household waste. In this regard, our containers may be of interest to the republic.

What is the peculiarity of the semi-underground garbage containers that you produce?

These are deepened containers, more than half of which is in the ground. Their uniqueness is that the waste is compressed by the gravity of the Earth, with this collection of garbage there is no smell. Containers take up less space than the standard 1,100-litre capacity for garbage. This method of waste collection has a good impact on the environment, as it is necessary to take out garbage less often: trucks rarely drive into the city and do not spoil the air with exhaust gases. How long can you not take out the garbage thanks to the semi-underground containers?

It depends on the population. In Finland, in some small towns, waste can be removed only once a week. In the container there is a bag that rises with the lid and thrown into the car. It takes one minute to clean up the garbage from one such tank. Containers can be used for separate collection of garbage, they are divided into six sections. In Finland, we collect paper, cardboard, metal, biowaste and other waste separately.

In the EU, the production of waste containers is financed by special funds

Why did you choose to enter the Russian market particularly that time?

Our company is 20 years old, with a team of 60 people. The management has long been looking for an export manager who would speak Russian. Besides, the countries of the European Union were our priority. In the EU, special funds finance the production of our containers. Now we are implementing a large project for 7 million euros in Lithuania. The administration of Kaunas and Vilnius decided that they would install Molok containers. The European Union forces our countries to sort waste, so it is beneficial for us to cooperate with them. Over the past 20 years, I have gained a lot of experience in Russia, so your market is important to me. In the EU, special funds finance the production of our containers. Photo: molok.com

Where did you work in Russia?

I was the representative of the Finnish company Fenestra. In the late '90s, we supplied oak windows for the opera and ballet theatre and the tax inspection in Kazan. I have worked in Molok company since February 2017. We have entered the Russian market recently, but already have sales in St. Petersburg. It is too early to talk about our market share in Russia, the largest sales in Finland, Scandinavian countries, Western Europe.

How has Kazan changed after your last visit?

The last time I was in the capital of Tatarstan was in the late 2000s. I remember that at that time they were opening the Bauman Street. Over this time, the city has undergone great changes, you have a beautiful capital — Bauman Street, the embankment.

The idea of producing Molok containers originated in the early 1990s, when the owner of the hotel and restaurant Veikko Salli thought about how to more carefully and hygienically manage the waste of his company. He developed the method of semi-underground containers.

Today, Molok products are sold in more than 40 countries, and Molok has become an international company. Molok products have been certified in accordance with the requirements of quality (ISO 9001), environment (ISO 14001) and operational safety (OHSAS 18001).