''It was clear without Accounts Chamber what's wrong with Innopolis''

Kudrin's department has called the SEZ ineffective. Innopolis says that the project is still too young

Innopolis special economic zone has been criticized by the Accounts Chamber of Russia: along with a number of other SEZs, it has not justified public investments. Innopolis promises to attract more private capital and notes that the project is still too young. Representatives of IT companies interviewed by Realnoe Vremya call different reasons for the weak indicators of Innopolis — from unsuccessful location to too large scale. However, some market participants like the science city in Tatarstan.

The Accounts Chamber of the Russian Federation has published the analysis results of the effectiveness of special economic zones. The results turned out to be harsh: out of 25 existing SEZs, 10 have been recognized ineffective. In total, they attracted only 7,6 billion rubles of private investments, while the volume of their budget financing exceeded 55 billion.

The Tatarstan SEZ of technical innovation type Innopolis, established in 2012 at the suggestion of then minister of information and communication Nikolai Nikiforov (this year he has become its resident) has turned out to be among the inefficient ones. Innopolis initially presented itself as ''the city for IT specialists'' and one of the few science cities in Russia. In addition to IT, SEZ residents specialize in biotechnology, nanotechnology and medical technologies.

Now the territory of the special zone covers two regions of Tatarstan — Verkhneuslonsky (192,7 ha) and Laishevsky (118,7 ha). In total, 77 companies operate in Innopolis, but their total announced investments, according to the calculations of Realnoe Vremya, cover the infrastructure costs at only 73%. According to the reports of Special Economic Zones JSC, 14,3 billion rubles were invested in the infrastructure of Innopolis in 2014-2017, while residents (at the end of last year) announced plans to invest a total of 10,4 billion rubles. On the money invested by the state, in addition to the technopark of 45,000 square metres, there were built roads, a kindergarten, school, medical centre, fire station, boiler house, water intake, water treatment station and other infrastructure facilities. Photo: Oleg Tikhonov

The ministry of communications of Tatarstan, which is in charge of Innopolis, promised to attract private capital there more actively. ''We, of course, understand that given the presence of a significant amount of budget investments in the project, it is necessary to strengthen the work in terms of attracting investors. This task is a priority for the new management of the SEZ management company at this stage of development,'' the ministry said (TASS quote).

Away from customers and families

The representative of Innopolis, Mikhail Mironov, told Realnoe Vremya that the comments of the Accounts Chamber would be taken into account; at the same time, the conclusions about the degree of effectiveness depend on the method of evaluation. According to the methodology, which was developed by the ministry of economic development of the Russian Federation and approved by the government in July 2016, the Innopolis activity in 2017 was recognized as quite effective, and over all the time since its creation — effective.

The Accounts Chamber points out that public investments in the special zones, called inefficient, exceeds the volume of private investments. But Innopolis is only 5 years old, and for the first residents the technopark was opened only in 2015, Mironov notes. 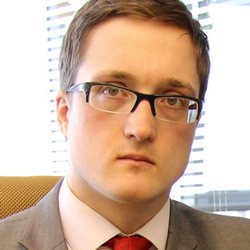 According to him, on the money invested by the state, in addition to the technopark of 45,000 square metres, there were built roads, a kindergarten, school, medical centre, fire station, boiler house, water intake, water treatment station and other infrastructure facilities. ''At the same time, investors are actively involved in the created infrastructure. In 2018 alone, 10 new projects have been attracted as residents of the special economic zone.''

''It is a doomed decision to locate Innopolis and similar sites away from the cities,'' says Stepan Danilov, the founder of the MeYou networking service. ''Few of the qualified specialists would agree to move from civilization, from their customers, families, conferences — to the village, even if it is equipped. As a rule, only regional experts of not the highest level can do this — for the sake of improving living conditions.''

''It was clear and without the Accounts Chamber that the effectiveness of Innopolis is far from ideal,'' says Denis Kuskov, the editor-in-chief of TelecomDaily portal. ''Innopolis is not just any business centre, it is a city and its upkeep is huge money. To make such projects to justify themselves, it is necessary to have many successful projects as a result. It is not happening yet. In Russia, there are tens of thousands of startups, but only few take off.''

''I believe that Innopolis is an effective platform, one of the few effective projects in its industry. Such sites should be as much as possible. If we want to move towards digital transformation, which is now much talked about, we need infrastructure and we need an ecosystem within this infrastructure,'' says Yefim Klimov, CEO of Etton, developing automation systems. 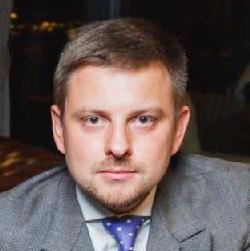 According to Klimov, it is impossible to offset the project such as Innopolis quickly — it is just not enough time. ''We are only approaching some results. There are more and more industrial customers, partnership agreements, more students graduate, the city is rising.''

According to the results of the analysis, the Accounts Chamber concluded that only three sites can be considered conditionally effective — Alabuga, St. Petersburg and Lipetsk. Private investments in these special zones have substantially exceeded state investments.

In total, from 2005 to 2017, 36 SEZs appeared in Russia. Subsequently, 11 of them were closed due to inefficiency and poor quality of management decisions. At the same time, there were 4,5 billion rubles of state money in the closed zones. The total amount of budget funds invested in the special zones at the beginning of the year was 254 billion rubles (from all sources of funding — 491,9 billion).

Claims to particular zones have occurred earlier as well. For example, in 2016, when the Kremlin declared that the institution of the SEZ did not justify hopes placed on it. ''Very expensive, very little return and zero efficiency,'' said Press Secretary of the Kremlin Dmitry Peskov.

The Kremlin's statement launched the campaign for the transfer of special economic zones in the regional ownership. In particular, in the framework of this campaign, the SEZ Alabuga and SEZ Innopolis were completely transferred in the ownership of Tatarstan in early 2018.