There were six operating credit institutions less in Russia in July – their number was 518 as from 1 August. During the month, the Central Bank revoked licences of Taatta (Yakutsk), Gazbank (Samara), South Regional Bank (Rostov-on-Don) and Tagilbank (Nizhny Tagil). These institutions ranked in the first-fourth hundred in the banking system of Russia.

The total assets of the banking sector reached 86,6 trillion rubles by early August, which is 6,6% more a year. However, they are growing only thanks to the ruble component (+8,2 trillion rubles a year), while banks steadily reduce assets in the foreign currency (-$63,7 billion a year). But there is no news here – this tendency has already been lasting for several years in a row. 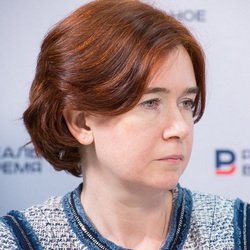 The debt of juridical persons had been falling till this spring, then it temporarily stabilised. It seems that companies paid off a considerable volume of their obligations and felt comfortable. It's not excluded that the active pay-off will renew soon.

The overall debt of institutions (except financial) and natural persons approached 58,5 trillion rubles by early August. The volume of loans owed to the economy rose by 3,9%. Mainly population provides the demand for money – the dynamics of corporate lending looks quite pale. Natural persons' debt they owe to banks increased by 19,7% during 12 months (to 13,6 trillion rubles), the debt of companies augmented by less than 5% (to 31,6 trillion).

At the same time, the Central Bank notes a revival of demand for loans taken out by small enterprises. Board Chairman of Kazan Bank Oleg Bachurin also speaks about it. According to him, the portfolio of loans and bank guarantees has significantly grown since the beginning of the year.

The level of delayed debt in the corporate segment increased to 6,8% in July, and it didn't change in the retail segment – 6,1%.

After seven months, the sector's financial result (the difference between revenue and losses) totalled 776bn rubles, which is 15,7% less than one year earlier. Banks rehabilitated by the Banking Sector Consolidation Fund still restrain growth in the total profit. If not, the financial result would be 224 billion rubles more, the Central Bank wrote in its monthly review.

Avtovazbank got the biggest loss in January – 222,3bn rubles. Trast bank's loss amounted to 62,2bn. Promsvyazbank, which is also managed by the BSCF, reported on a loss of almost 15bn rubles.

At the same time, rehabilitated banks finished the first 6 months with a profit: Otkritie FC earned 6,4bn rubles, Binbank did 64,3bn rubles (it's the third result in the sector after Sberbank and VTB).

The majority of 10 biggest banks (excluding rehabilitated banks) improved their financial result. So Sberbank's profit rose by 25,8% a year, VTB's growth is 22,1%, Gazprombank has 4,1%. Alfa-Bank increased its profit almost threefold, Rosselkozbank – seven times. Only Moscow Credit Bank (-32,4%) and Unicredit Bank (-43%) reduced their indicators. There was a totality of 150 unprofitable credit institutions, their total negative result is 353bn rubles. 356 market players got a profit of 1,1 trillion rubles.

Almost everything that was discussed in August was about old and new sanctions, give or take. At the beginning of the month, Kommersant published the gist of the bill introduced to the US Congress by Senators Lindsey Graham and John McCain. The Defending American Security from Kremlin Aggression Act suggests measures against seven Russian state banks. The bill allows the US president to block their transactions if they are linked with property located in the USA or that belongs to a US citizen.

This collapsed Sberbank's shares. On the day when the gist of the bill was published, common shares of one of the main blue chips of Russia fell by 4% and almost 14% as from 12 September inclusive.

On 23 August, economist Nikita Krichevsky posted a rumour, as he said, on Facebook: like the biggest state banks had internal meetings during which the technology of forced conversion of dollar deposits to ruble was discussed. Krichevsky added it's rumoured the Central Bank was to issue a corresponding decree in September.

Realnoe Vremya asked five biggest banks about such meetings. But they all left the question unanswered. Nevertheless, the rumour could have foundation. The case is that some experts think the Graham-McCain bill is able to bring to serious difficulties with any dollar settlements of sanctioned banks. 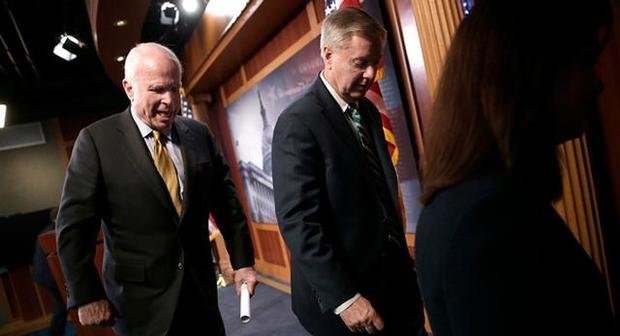 Some experts think the Graham-McCain bill is able to bring to serious difficulties with any dollar settlements of sanctioned banks. Photo: carnegie.ru

VTB CEO Andrey Kostin partly confirmed the information about the conversion of dollar deposits. In an interview with Bloomberg on 12 September, he claimed ''we're getting ready for the development of any situation''. At the same time, the VTB head said to Business FM dollar deposits could be paid in rubles according to the current rate if needed. Another option is to transfer them to other banks, which weren't affected by sanctions, in rubles and then convert them into dollars. ''We will fulfil all obligations in front of the depositors, clients,'' Kostin promised.

However, Central Bank Chairwoman Elvira Nabiullina said on 14 September the regulator wasn't considering any forced conversion – this measure would do harm to the financial market.

In August, Expert RA warned about risks of the new crisis in the banking sector. In the agency's opinion, banks that faced cooling in corporate lending became focused on lending of the population, which can lead to it. But the obligations citizens have aren't guaranteed by growth in their real incomes. Analysts stated higher default in retail lending in 2019-2020 should be expected.

Russian Forbes admitted Sberbank CEO German Gref as the most influential person in Russia after Vladimir Putin. Journalists explained this by saying that ''hundreds of thousands of employees'' work in Sberbank (actually about 244,000), and 70% of the population of the country is serviced there. In addition, the bank has a third of loans granted to juridical persons. And Central Bank Chairwoman Elvira Nabiullin is just 7 th, Prime Minister Dmitry Medvedev is 5th in the magazine's rating.