The World Cup gave high demand, but today the figures have returned to the level of last year, experts say

The demand for daily housing rent has fallen significantly in all host cities after the World Cup, except St. Petersburg. According to Avito, the interest in Kazan compared to the beginning of the competition decreased by 64% by the end of the championship, but the prices, although went down, still remained higher than last year. Realnoe Vremya experts called the demand for apartments during the World Cup ''unprecedented'' and stated that after the departure of football fans the market even grew a little, although without a large profit for landlords. Read the details in our material.

The demand for daily housing rent, reaching its peak by the beginning of the World Cup, gradually decreased during the championship. As Avito analysts found out, the interest of tenants in Kazan fell by 64% over the entire period of the World Cup. It is despite the fact that the capital of Tatarstan was the third by the popularity of services in this segment immediately after St. Petersburg and Nizhny Novgorod, that is, even ahead of Moscow. The service understands the demand as clickthroughs ''show room'' or ''email address'' in the offers where the World Cup was mentioned.

However, Booking.com analysts give the opposite data on rental apartments in general (not daily). According to them, the market activity during the world championship only grew, not only in host cities of the World Cup:

''In the period from 14 June to 15 July 2018, we saw an increase in demand for booking accommodation in Russia. The most popular destinations were St. Petersburg, Moscow, Rostov-on-Don, Kazan and Krasnodar. In addition to Russian travellers, travellers from the United States, China, Argentina and Germany also actively booked accommodation during this period,'' the company informed Realnoe Vremya.

But let's go back to the decline in demand according to Avito. In Kazan, after the match Brazil-Belgium, the indicators of demand and supply for short-term rent fell more than half compared to the beginning of the World Cup. The fall continued until the final of the championship.

The greatest decline in demand among Russian cities was observed in Yekaterinburg — the decrease of as much as 86%. In the nearby city of Volgograd, the analysts recorded minus 64% by the beginning of the World Cup. The only city where the demand did not fall, but increased, was St. Petersburg, which by the end of the World Cup showed +63% to the popularity of apartments for daily rent. If several months before and right up to the beginning of the World Cup some owners of apartments still expected to rent out apartment to foreigners for 50,000 and 100,000 rubles a day, then with the beginning of the championship the severe reality returned all dreamers back to the earth. As a result — a fall in the average cost of renting an apartment per day: in Kazan it decreased from 2,144 rubles on June 14 to 1,693 rubles on July 15 (-21%).

''Such dynamics is observed in other host cities as well. Only in the resort city of Sochi prices have not changed,'' Avito analysts commented. At the same time, the experts say that although prices have fallen significantly, they have not returned to seasonal values yet.

''Compared to the figures of the previous year, they increased by 8% on average in all 11 host cities of the World Cup. In Yekaterinburg, Samara and Rostov-on-Don the rental prices became almost equal to last year's (changes are at the level of statistical error), and in other cities increased from 4% to 13% over the year. In Kazan, the price increased by 4%. Saransk became an exception: due to the World Cup the renting price rose by 40% during the year,'' the experts note. Director of FLAT real estate agency Ruslan Khabibrakhmanov notes that during the World Cup in Kazan there was an unprecedented demand for daily housing rent.

''Daily rent have decreased everywhere. During the World Cup, housing was rented very actively — we never had such a demand. Now everything has returned to normal, and the demand is slowly growing towards long-term lease: students, their parents are beginning to look for an apartment. Everything is back to normal. The prices have also stabilized. During the World Cup, there was a very large gap between two approximately the same apartments — one could be rented three times more expensive. People hoped that tourists would rent their apartment, they wanted to make money on this,'' the expert said.

He stated that now the demand has practically fallen to last year's values, but this time it is a little ''more fun'' because Russian fans looked at the city and returned with their families. However, in his opinion, this will not have much impact on the market. 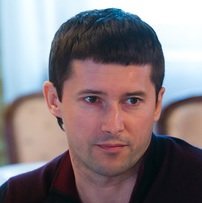 ''The number of hotels, that we have, quite much covers the demand. Therefore, even if the demand for daily housing has increased, it is not noticeable for those who rent out apartments,'' says Ruslan Khabibrakhmanov.

Head of the company Svastlivy Dom Anastasia Gizatova notes that her company due to high risks does not provide services for finding housing for daily rent, but they are familiar with the situation in the market. The expert notes that after the World Cup the demand remained at the level of last year. The speaker explains the rise in prices by several reasons.

''After the championship, they are more spoiled, and better housing became available for daily rent. Maybe the price increase is connected with the fact that the condition of housing has improved,'' suggests Anastasia Gizatova.

Let us remind that now the market of daily housing is not regulated by law, as a result the housing rent is associated with risks, for example, the owner can simply ''let down'' a tenant. However, experts predict only an increase in demand for this kind of accommodation. 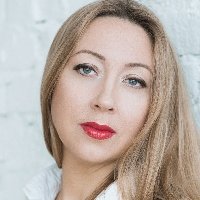 ''I think the daily rent will gain popularity. I think that this market will only grow — not in terms of prices, but in terms of demand and supply,'' says the head of the company Schastlivy Dom. The interlocutor of the publication explains that apartments for rent are interesting for families or companies because in this case there is no connection with catering and hotels in this price category have less successful locations than apartments do.