''People telling that Russian women are sluts are individual racists''

Feminists stand for the right of fans of the 2018 World Cup to have sex by mutual consent, but political scientists are convinced that ''sexual scandal'' is anything but not sexual

''Passion for Freud'' is running high around the 2018 World Cup — while some spectators are discussing passes, fouls and goals, others are peering into half-naked bodies of Russian female fans and seriously worry that young ladies are demonstrating too actively not only love for football, but also love for foreign fans. The correspondent of Realnoe Vremya found out what is good and what is bad in love with foreigners.

Chairperson of the State Duma Committee on family, women and children issues Tamara Pletneva before the 2018 World Cup on the radio station Govorit Moskva said that it is bad to have sex with foreigners because it may result in children, who will then ''suffer'', especially if a child is ''born of another race''. She got one point: the appearance of ''children of different peoples'' — an inevitable consequence of all events of global scale, and people close to the deputy by age remember it perfectly from 1980 Summer Olympics, and the Muscovites of the older generation — from the world festival of youth and students.

Then the well-known fast food chain (Burger King – editor's note) offered in social network three million rubles and a lifetime right for free whoppers to those Russian women who will get pregnant by football stars. This ''commercial offer'' provoked a flurry of indignation, the commercial was quickly removed and they apologized, but an unpleasant after-taste has left anyway that love with a foreigner can be venal.

In general, it went further and reached insults. What is more, the women themselves did not leave the favour unanswered.

For example, journalist Anastasia Mironova said Gazeta.ru that only with European men our women can feel themselves fully independent human beings and ''they want for at least few weeks to feel themselves as European women, American women… i.e. women, not burdened by patriarchal values'' because ''our men are ''scuzzy, bald or sickly'' and have ''archaic consciousness''. Then a inter-gender fight ensued in the information space… 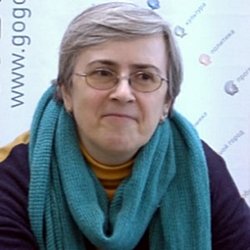 ''I see no problem here,'' feminist Olga Kharitonova commented on the situation on the field of sexual abuse to Realnoe Vremya.

I know that Russian mature women are smart, independent, full of self-esteem and know what they want. If they sexually want foreign mature men, only foreign men can prevent them from doing so. If from all sides there is clear, stated in the right mind and sober memory ''yes'', then it makes sense to just be glad for this mutual agreement. After all, only harmony and joy can be companions of happy moments of life. What I wish for all of us.''

''The championship is a big corporate party''

''I think that telling that our girls are better or worse than girls from other countries or our men are better or worse than men from other countries — it is household racism!'' journalist Ekaterina Vinokurova criticized Anastasia Mironova's position. ''It is first. Second, I believe that the topic is very much artificially inflated. A friend of mine rightly pointed out that only those people who have never been on a rock festival like Nashestvie or a bike club big event, or even a usual Christmas company party can tell things like this [that our girls are ''sexually hunting'' for foreigners]. The championship is a corporate party of world scale, and emotions on it take the world scale! In many ways, modern festivals — it is a continuation of medieval masquerades, which were arranged just to make people to let emotions out in the traditional society, but everything that happened at the carnival – remained at the carnival and does not apply to the behaviour of people in real life. I do not understand people who are very concerned about this topic because I do not care whom unfamiliar women and men have sex with.'' 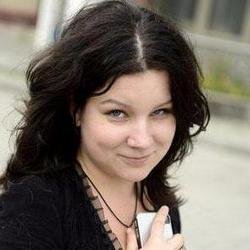 Vinokourova treats with understanding the desire of Russian girls to get married to a foreigner, which really takes place:

''The middle class of large cities are characterized by marriages with foreigners, but this is due to the fact that the middle class is already quite integrated in the West. Another thing — small towns… even in Kazan as in a large rich city it exists — some girls from smaller, poorer cities come here to find a rich husband. Rich and foreign are separated by commas. They want or-or. But I think it's a problem that has nothing to do with the World Cup. In small towns, if a girl is already 22 years old and she is not married, has no child, she is subjected to, to put it mildly, public bewilderment. It is a good marriage is nurtured in girls as a means of self-realization, and it is accepted to almost mock female careerists. In large cities, such tendency no longer exists. In this sense, girls are not aggressors, but victims of the outgoing stereotype. The only thing we can do here is to explain that marriage is not the only way for a woman to realize herself.''

As for the accusations that girls are ready to do anything just to realize the dream about ''a foreign prince'', to undress, to behave more than relaxed, then, according to Vinokurova, there are two different groups of women. Some wear low-cut dresses and mini skirts just because they like it, ''and no one should care about it''. The second group is ''the girls made up for a disco'', but there is nothing immoral in this, too — it is normal when girls want relationships with young men:

''There is nothing in any of these motivations that can be condemned. I can understand only the anger of a man, whose wife suddenly cheated against the background of love and consent with a foreign fan… or with any other man.''

''Dull hype is not worth stirring up''

''I hesitate to ask: why in the media there has appeared a wave about how Russian men are dramatically worse than any most seedy foreigner?'' political scientist, Vice-President of the Russian Public Relations Association (RASO) Yevgeny Minchenko threw the question on Facebook. ''Is it to make guests of the World Cup to have good memories? Is it Russia's soft power?''

The post of Marat Shibutov from far Kazakhstan became the quintessence of the responses to it, ''… Dear Russians, you are deceived and divided to make you not to protest against increase in retirement age, taxes and the price of gasoline.'' 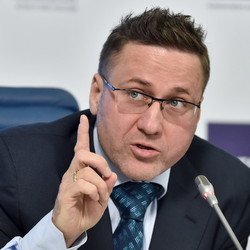 ''What ladies?! There is no such problem, it does not exist, and moreover, it doesn't concern ninety percent of the country's population!'' Evgeny Minchenko reacted to the question of the correspondent of Realnoe Vremya about the relaxed young ladies at the World Cup.

''Here we can talk about the creation of a reason for what is called by the word 'hype', but this hype, I must say, is quite dull. I believe that people who tell that Russian women are sluts and that Russian men are freaks are individual racists. Those and other equally unpleasant to me. I do not rule out that this is one of the technologies to distract people from some other problems. But personally, I think such technologies are harmful and destructive. The topic is far-fetched, it has no grounds. It doesn't catch, unless it's artificially inflated. You have to understand that those people who talk about Russian women-prostitutes, and those who talk about disgusting Russian men — they are from one team, people who play by agreed rules. Let them play somewhere on the side, among themselves. It is not worth stirring up the theme too much, it means to play along with the racists…''

''All this story is a classic case of hype,'' head of Political Expert Group Konstantin Kalachev drew a line in conversation with the correspondent of Realnoe Vremya. ''Judging by the way this campaign is conducted, it is, in my opinion, a living illustration of manipulative technologies. Someone really wants to make Russian men and Russian women do not feel good feelings to each other. It is clear that the manipulators are here, inside [the country], our own… The point is that too much we have had in recent years enthusiasm about the fact that we have held the championship, foreigners came to us. But in reality we are in the camp of enemies, we should not lose vigilance, and so on… In general, this is an artificially inflated topic that should distract our attention from other problems, in particular, from the pension reform. On the other hand, it should help our citizens not to fall in love with foreigners completely, not to understand that they are actually the same as we are…'' 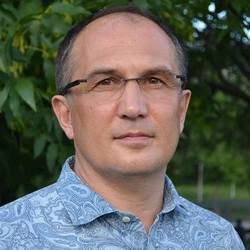 Kalachev, apparently, does not see a serious threat in cheap reception, but he is seriously concerned about the consequences of that it has had the impact on part of the inhabitants of Russia:

''I feel sorry for those women who begin to judge their sisters by gender. I would like to close this topic with a joke, but I do not want to joke because people take it all too seriously. We have a lot of jerks, there are people who can not overcome their inferiority complex. After all, girls who publish their photos with foreign fans in social networks receive threats! I liked the hashtag from a friend on Facebook: ''I was not given at World Cup.'' Maybe it is necessary to glue such a sticker on the forehead on these people who write threats to girls?''