Coach of Zenit-Kazan answered questions of the media

Head coach of Zenit-Kazan Vladimir Alekno drew conclusions of the season and replied to all questions of journalists at a meeting with the press on 25 May. The full transcript of the talk, in which Realnoe Vremya's journalists took part, tells about the loss of Wilfredo León, purchase of Earvin Ngapeth and God's will in the Champions League final in Kazan.

A big season is behind. It's clear you don't have free time now as well. But was there a moment when you completely relaxed and said to yourself ''Yes, I had a cool season''?

To tell the truth, I can evaluate my relaxation judging by my sleep. I slept 3 hours before the final and not because I worried. Thoughts just come my head, and it's impossible to fall asleep. And it lasted for long so. Now it has probably become better. But only a bit. The thing is that I needed to visit my mother during all this time. At her age, health fails. Then I was back here, I had different meetings, I needed to think of how to finish the season. So there wasn't an opportunity to really relax.

Many people considered the salvation of Zenit at the end of the Champions League final a miracle. What happened there?

Do you mean the fifth set and that video challenge? It's a godsend, you can't call it in another way. The thing is that I don't have good long distance vision. But I know my players quite well. Some people request challenges based on emotion, others remain cool-headed. Same Wilfredo León and Aleksey Verbov. They see such moments, and I asked them to help me in this respect. And not only in the final. And in this situation, I looked at Verbov, while he shrugged his shoulders, like, ''I haven't seen''. Of course, I wasn't sure, it was one chance in a thousand, and I needed to make a decision. Otherwise, I will regret it for long. Almighty's will helped to make a correct decision. There isn't heroism here. 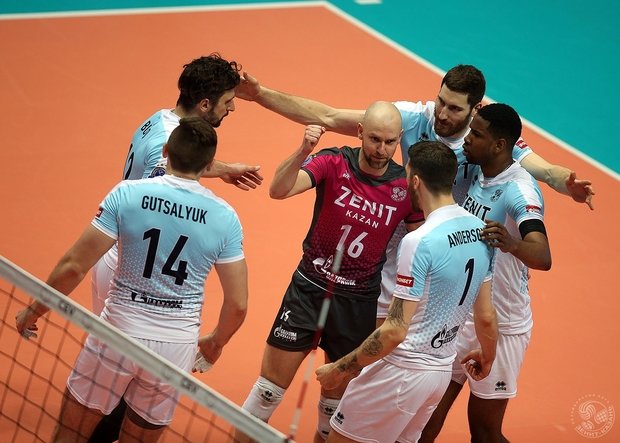 ''In my opinion, the players' motivation is the main problem at this moment. I will look further how the team will work with a small injection of new players.'' Photo: Roman Kruchinin / zenit-kazan.com

I don't want to give any argument beforehand, so that it won't look like an alibi. I wouldn't like. This problem has existed in the last years. Today I can't say to Aleksey Verbov, Aleksandr Butko, Matt Anderson or Maksim Mikhailov that it's ''necessary'' any more. It's obviously not that selection of words that can ''push'' them. A desire to be strong has been the main motivation in the last years, not to become champions. To become a champion for the tenth time isn't motivation. We wanted to be strong. The most difficult thing is that people don't love the strong, it's difficult to be strong. In my opinion, the players' motivation is the main problem at this moment. I will look further how the team will work with a small injection of new players. We will hope this will be enough. New players have helped us this season. I didn't need to motivate Alekseyev, Alekno, Samoylenko. Their eyes burnt, they were happy to simply train with such masters.

Will you tell the names of the new players?

I can't say now we have chosen all players. I will say later. But, in general, it's no secret that we've purchased Earvin Ngapeth instead of León, Aleksey Spiridonov is back. We will purchase young Surmachyovsky who, I think won't be worse than Iudin. Vadim Likhosherstov is coming from Fakel.

Why didn't you return Viktor Poletayev from Kuzbass? And was it you who decided Aleksandr Gutsalyuk's departure or the player himself?

Yes, Poletayev had the last year of being on loan at Kuzbass. But it's not correct when a player of the national team can be on the bench of substitutes. Today Poletayev is second in his position in the national team of Russia after Maksim Mikhailov. It means Viktor would be sitting on the bench at Zenit. It's not correct, just politically. He would be losing in game practice, money. Poletayev has additional bonuses for playing time there. Now he's playing, the public that motivates is next to him. It's wrong to purchase a player who, I think, doesn't want to be back. As for Gutsalyuk, it's mainly my decision. I don't have complaints about his job. I have another vision of this player's specialty. Though we've won here as much as he's been here. We've said goodbye calmly, like professionals. He already went and was back. Who knows what will happen in the future. 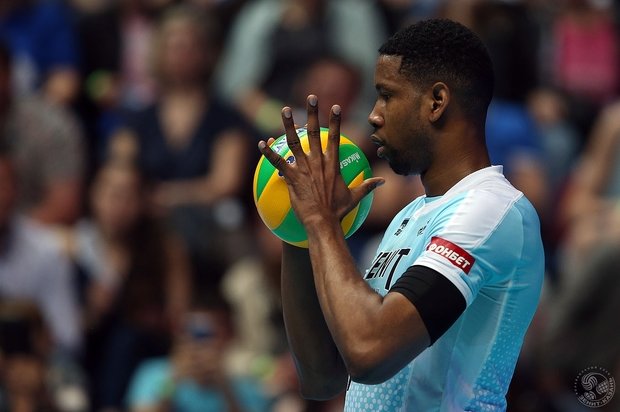 ''Unfortunately, not only he but also his agent and spouse took part in the process of choosing León's future.'' Photo: Roman Kruchinin / zenit-kazan.com

''From a perspective of a woman with a little child, the final decision is understandable''

Could you specify whether there were options to keep León? How will Zenit's game change after his departure?

Unfortunately, not only he but also his agent and spouse took part in the process of choosing León's future. From a perspective of a woman with a little child, the final decision is understandable. It's difficult to live where winter lasts for 6 months, and you're alone. Let's face the truth. Life in Italy is completely different. From my point of view, this factor was major. As for the financial component, as far as I'm concerned, the difference is small. Only details are different there – a villa is promised, something else. In addition, the championship and volleyball are different. The next championship of Italy will be much stronger. If all transfers people are talking about in the market of Italy take place, Perugia and Macerata will be strong enough.

As for our game, many things will change when Earvin Ngapeth comes. It's a player with a completely different style, with reception, a gamble, with elements of the show, which I don't worry about. He was the leader of his teams. He is a player who has a heart, a character. He doesn't have the characteristics that León does, but he has things to compensate this. Only one thing concerns me – how will the link Butko-Ngapeth work because Aleksandr is adapted to our Russian volleyball, which is designed for physical characteristics. Ngapeth has played with the best players of the world – Toniutti, Bruno. We will have a job in this area. Nevertheless, the plans of the national team of Russia for Butko are unknown.

You are saying that Ngapeth's characteristics are different from that of León. But Wilfredo also had certain problems when he came. Is it possible to make Ngapeth reach León's level?

It's completely different players. Apart from talent, León has unique natural abilities given by Almighty. While Ngapeth is a player who has won everything in Italy besides the Champions League. It's a physically different player, though he knows how to make the audience break into applause. 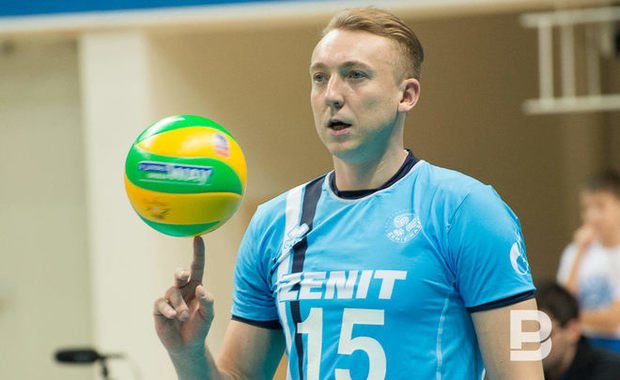 ''He understood what the job at Zenit gives him. But I don't think he degraded for 2 years in Kazan. He joined the national team being at Zenit. In addition, we will have a season with 60 matches. There will be enough job for everybody.'' Photo: Maksim Platonov

''How did I notice León? It wasn't complicated''

Can you remember the story of signing of León? How did you notice the player?

It wasn't complicated. The whole world was looking at this guy who began to play in the national team of Cuba at 16. I met with the team of Cuba many times during many years with the national team of Russia and saw León. There are several players in the world whose game you can analyse, know everything about them, try to oppose them, but they score their 20-25 points anyway. León is one of such volleyball players.

Aleksey Spiridonov who went to have playing time is coming back to Zenit. Has he changed his opinion?

He understood what the job at Zenit gives him. But I don't think he worsened for 2 years in Kazan. He joined the national team being at Zenit. In addition, we will have a season with 60 matches. There will be enough job for everybody. Look at León only, how much I let all volleyball players play last season. I lacked the bravery to trust Igor Iudin. But he perfectly helped at training. As for little changes in the line-up, it's complicated at Zenit. If you won 60 games in a row, it's fine, everybody keeps silent. If you lost one, your phone is ringing off the hook.

Zenit from Saint Petersburg played in the final in its debut season. In addition, the team has been made only this season. Is the Russian championship weak or is there anything else?

No, it doesn't mean the championship is weak. They didn't take people from the street, experienced players were there. They know how to win. They were lucky somewhere, they turned to be well prepared at the end of the season. We'll see how it will be next season. I think the level of participants of our championship will be equal.

Will you watch the Football World Cup? What's your attitude to football, in general?

I will keep my opinion about football to myself. I don't have tickets to the cup and a FAN ID now. But if there is an opportunity, I will go. It's an event of global importance.