Why MediaMarkt decides to say goodbye to Russia

The German electronics retailer MediaMarkt is preparing to leave Russia eleven years after the opening of the first hypermarket in the country. Its business is likely to be repurchased by Russian retailer M.Video, which is being in the process of merging with another player — Eldorado. Experts link the decision of MediaMarkt with a number of miscalculations of the retailer management — such as late coming on the Internet, as well as the development of outdated formats of stores. It is almost impossible to restart the business now, as market entry has risen in price. Read more details in the material of Realnoe Vremya.

Delovoy Peterburg newspaper has reported on imminent closure of MediaMarkt stores, according to which the retailer can leave the Russian market in the near future. The foreign retailer is allegedly selling all its business to the company M.Video; the transaction is close to completion, agreement on the price has been achieved, but the figures have not been disclosed yet.

Some interlocutors of the edition drew attention to the fact that MediaMarkt has been preparing for the final leaving for already six months, gradually closing stores in different cities. Recently, the network has partially reduced its presence in Russia: in January, the last of its three hypermarkets in Chelyabinsk was closed, it also became known about the closure of another store in Kazan (the first was closed in 2014), there were fewer stores in St. Petersburg. Finally, in February, the retailer closed one of its stores in Yekaterinburg.

The press services of MediaMarkt and M.Video, where Realnoe Vremya turned to, refused to comment on the information about the transaction. Meanwhile, the reports of possible sale of Russian business of MediaMarkt appeared already in April – that time Reuters published a statement of the group Ceconomy (parent company of MediaMarktSaturn), which explicitly stated that the German retailer was discussing the sale of its Russian stores to M.Video. The parent company also did not exclude that it would also receive a minority stake in M. Video. However, it is unknown under what conditions the deal will be concluded and whether it will take place at all, Ceconomy reported.

M.Video network, which is expected to get MediaMarkt venues, at the end of 2016 became part of the group Safmar of Mikhail Gutseriev (No. 24 in the ranking of the richest businessmen of Russia 2018 according to Forbes, net worth — $4,8 billion). Around the same time, Safmar holding bought out Eldorado network, which previously owned by the Czech companies PPF Group EMMA Capital.

This year, the network M.Video announced that it has integrated with Eldorado. The deal amounted to 45,5 billion rubles. The united company was managed by president of M.Video Alexander Tynkovan and chief executive officer Enrique Fernandez. As a result of the merger, the network, as reported, would be among the leading players in the electronics market. The first three Russian stores of MediaMarkt opened in Moscow and St. Petersburg ''during the pre-holiday shopping boom'' in December 2006, according to the website of the retailer. The most active expansion in the regions took place in 2010-2014. For example, the first hypermarket in Kazan opened in the autumn 2010, in Cheboksary — in late 2011, and in Barnaul — in December 2014. The MediaMarkt website says that the network now has more than 60 stores in Russia.

The retailer's revenue in Russia has been declining recently, against this background, the company tried to upgrade its operating model. In 2017, MediaMarkt decided to try out a new format — it began to sell goods through Metro Cash&Carry network (companies have common owners). In each store there was opened a MediaMarkt store — Metro Cash & Carry explained that thus it entrusted the sale of electronics to the professionals. 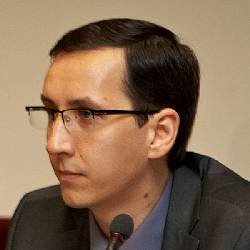 Director General of InfoLine Ivan Fedyakov says that MediaMarkt is not the most important player in Russia — the share of the network in the market of household appliances and electronics (BTE), according to his estimates, is 3-3,5%. The leaders are now the same M.Video and Eldorado. For example, last year the sales volume of M.Video on the Internet was the same as the total sales of MediaMarkt.

Neither catching up nor restarting

MediaMarkt hypermarkets in Russia closed before as well, that time it was due to the crisis and the fall of the market of household appliances and electronics — and retail in general. Thus, in 2015 the retailer decided to close one of the stores in Moscow (on Ryazansky Prospekt) and Kazan (on Peterburgskaya Street): one store in Cheboksary and Ivanov were also closed. Recently, the Germans closed another store in Kazan — in the shopping centre Yuzhny.

However, information about the network's withdrawal appeared when the BTE market began to recover. According to Bitprice, in the fourth quarter of last year it grew by 4,3%. In the first quarter of 2018, the dynamics increased: according to Gfk, the growth was 17,6%, and the market volume reached 372 billion rubles. The negative dynamics was observed only in the segment of photographic equipment, while the turnover of telecommunications, small household appliances and computer equipment increased twofold.

Ivan Fedyakov considers MediaMarkt's decision to leave Russia to be the result of many mistakes made by the network's management. ''In my opinion, MediaMarkt lagged behind the development of the market in many ways, decisions were made later than necessary, and the company lost efficiency in a number of issues. This is the protracted development of large-format stores, when it became clear that they were not needed (thanks to e-commerce, the consumer has the opportunity to choose any product, and in the store can display one sample and they do not need to arrange a warehouse). And the fact that they were late with coming on the Internet. M.Video, Eldorado, DNS have already occupied this niche, and it is always more difficult to catch up than to develop at the first stage,'' the head of InfoLine says.

All this, Fedyakov says, makes further development impractical. The restart option is almost impossible — the market has long been mature, and the entrance costs much more than before; it requires very serious competitive advantages, which MediaMarkt cannot offer. 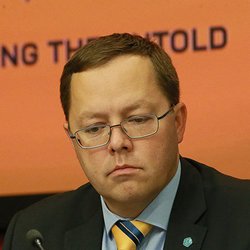 ''MediaMarkt is a foreign company, so the decisions are taken long and hard,'' says president of the Russian Association of Retail Market Experts Andrey Karpov. ''Decisions are made in Germany, based on a number of factors, they [the owners of the retailer] are not guided by today, but in fact by the indicators of yesterday, and by the time when the decision is made the situation often changes.''

In general, earlier MediaMarkt's indicators in Russia were much more positive, Karpov said: ''Now the numbers are not those to which they are accustomed. Given that the retailer is present in many countries, they cut the expenses, giving up many less profitable things, and go to things that bring more income.''