Why is the opening of 150 Fasol shops in Tatarstan a way of Metro Cash & Carry to survive in Russia?

Metro retailer is going to open another 150 Fasol shops within walking distance in addition to 17 existing shops in Tatarstan by 2020. One of the conditions of the franchise chain is to purchase goods in the company's hypermarket. Realnoe Vremya tells why this project is a way for big players to survive in Russia and how similar chains didn't put down roots in the country.

Fasol to be spread to Tatarstan

Metro Cash & Carry is going to expand its Fasol franchise chain of shops within walking distance to 150 shops in Tatarstan. The company explained to Realnoe Vremya nowadays there were just 17 Fasol shops in the republic. Metro offers entrepreneurs to open new points and promises to help with training and re-equipment of the old shop or opening of the new one. Partnership conditions are simple – to own a room or have it in long-term leasing, the smallest territory is 50 square metres and to compulsorily monthly purchase goods in Metro from 400,000 rubles excluding VAT.

They will have to invest from 300,000 to 3,5 million rubles in one new Fasol – depending on the state of the property, repair and the presence of equipment. Metro Cash & Carry assesses an average price at 2 million rubles. They need to pay back from 6 months to 2,5 years.

Business is given three shops to choose: U Doma, Express with a high level of traffic and AZS, points in petrol stations. Any number of entrepreneurs can open Fasol in the two first cases, but everything is clear with AZS. 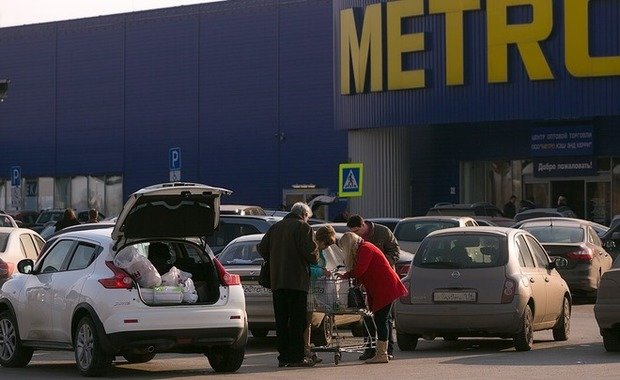 Metro offers entrepreneurs to open new points and promises to help with training and re-equipment of the old shop or opening of a new one. Photo: Roman Khasayev

''If we're talking about the AZS format in one chain of petrol stations, there will certainly be one owner. For instance, now we started to work with a petrol station chain in Krasnoyarsk, there is only one owner,'' the company explains.

In answer to the most interesting question – by means of what Metro was going to compete with such long-standing giants as Magnit and Pyatyorochka – Realnoe Vremya was enumerated a list of competitive advantages of the promoted chain. In case of U Doma, the company promises its clients European servicing standards, unique assortment down to hot dogs. In addition, goods are chosen depending on what purchasers living in the neighbourhood need. A guaranteed quality at reasonable prices, many special offers, modern design and technical equipment of shops and an individual approach for clients are among other ''gimmicks''. Rakhimov remembers that Magnit entered the market when it had low chances of success.

''Magnit entered the market when it seemed to everybody that it wasn't interesting, in general, and all markets were divided. Nevertheless, it entered,'' the speaker commented and reminded that now the company announced it stopped to develop. ''They're preparing for the worst times and chose a bullet strategy.''

Director General of INFOLine Ivan Fedyakov told why Fasol was different from big chains. The experts note that giants have clichéd requirements that led to the situation when a person doesn't decide almost anything in shops.

''It's such a replicated project. This is why hundreds and even thousands of shops a year open. Magnit already has 15,000 shops, while X5 Retail Group's number is reaching 15,000. Fasol is a more adaptive project, thinner and more sensitive to settings. And it is both a disadvantage and advantage,'' the newspaper's interlocutor says. 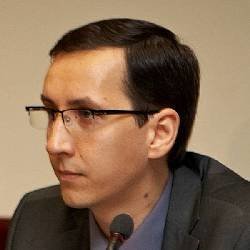 He estimates an attempt of building a franchise chain under one brand as a way to tune the sale of the small-scale wholesale chain in Metro Cash & Carry and help small and medium business to develop. According to him, they have one more condition for entrepreneurs – the volume of the goods provided by Metro must be no less than 20%.

''These conditions enable an entrepreneur to work with a considerable share of freedom. In this respect, I think such formats are needed, the future lies with them. I wouldn't like our country to be full of formats of big chains only. Again, they also have pros and cons. The face is lost there, the direct contact with a purchaser is lost. It runs a risk of turning into post offices or Sberbank offices in the worst years sooner or later – with very disloyal and not client-oriented cashiers,'' Fedyakov comments.

But he notes that these big chains understand this and try to fight. In this sense, such projects as Fasol are different from them because individual entrepreneurs who are ready to pay more attention to their sales point are the owners of shops there.

''I think the future lies with such formats. It would be very good if there appeared more, not only from Metro. The market has other examples, but they're local, and their number is really small,'' thinks the expert and puts an example of foreign chains that managed to develop.

He calls German OBI that managed to open 400 private shops based on the franchise in Germany one of such chains.

''Dixie tried to make such shops through the system of centralised purchases. But, unfortunately, it all didn't put down roots in our country. Probably Fasol is one of the few projects that managed to develop more or less, at least, in terms of scales. It seems to me it mainly happens not thanks to something but despite something. In the newspaper's expert's opinion, a purchasing cooperative, which is now absent in Russia, needs to be the foundation of franchise small-scale wholesale projects. Photo: gazetabiznes.ru

The newspaper's interlocutor sees the salvage of the very company in the franchise project because the hypermarket's format has a very close competition, especially considering that Metro, unlike other organisations, has its own restrictions for consumers. The necessity to have registered proprietorship is the major of them.

''Consequently, if they can't build a sales chain, they can go by the board in the end because there is the latest tendency in the market – both Magnit and Lenta started to actively deal with small-scale wholesale. Magnit opened Magnit-opt pilot project in Krasnodar, Lenta is actively developing a cooperation programme with B2B clients now,'' the director general of INFOLine gives examples.

In the newspaper's expert's opinion, a purchasing cooperative, which is now absent in Russia, needs to be the foundation of franchise small-scale wholesale projects.

''It seems to me to appear sooner or later. And such projects will develop further on and become in a higher demand then, as it's simply impossible to compete with big chains in price without such cooperation of small-scale wholesale,'' Fedyakov concludes.