''Atypical outflow'': Russians withdraw deposits at a half a trillion rubles from Russian banks

There are several possible reasons: from seasonality to loss of confidence in the banking system against the background of DIA’s behaviour

Raiffeisenbank has announced ''atypically large outflow'' from bank deposits at the beginning of the year: in January, Russian citizens withdrew almost a half a trillion rubles or more than 2% of their money from their ruble accounts at financial institutions. Foreign exchange savings have shrunk not so substantially. Read the details in the material of Realnoe Vremya.

''The population is losing the ability to save,'' analysts at Raiffeisenbank came to this conclusion. In their opinion, this is evidenced by the latest Central Bank data on bank deposits. In January, 453bn rubles were withdrawn from ruble deposits of individuals, or 45% of all funds deposited in the previous month. This can be considered ''atypically large outflow'', the bank notes; for example, in January 2017, the outflow amounted to only 155bn rubles.

Prior to that, the ruble deposits of the population were increasing throughout the previous year, except for August-September — the bailout of the banks of the group Otkritie and B&N Bank fell on these months. As of February 1st, 2018, the volume of ruble deposits of individuals amounted to 20,19 trillion rubles, the reduction by January — 2,2%. The savings in foreign currency for January also fell, but not as much — by 63bn in the ruble equivalent.

Raiffeisenbank's analysts suggested that the outflow from ruble accounts is connected with the fall in real incomes of the citizens. ''Perhaps, this is due to a decrease in saving capacity of the population (it also can be called a forced transition to a consumer behaviour model) due to the continuing decline in real terms of disposable incomes,'' said in the analytical review of the bank.

Real disposable incomes of the population have been falling since 2014. Rosstat has recently recorded that in January the fall finally stopped: compared to January 2017, the dynamics of income reached the zero. However, Rosstat did not include in its calculations the one-time payment to pensioners of 5,000 rubles, which was made at the beginning of last year. Because of this, many criticized the state agency for incorrect comparison — taking into account the one-time payment, the dynamics of real incomes would remain negative. 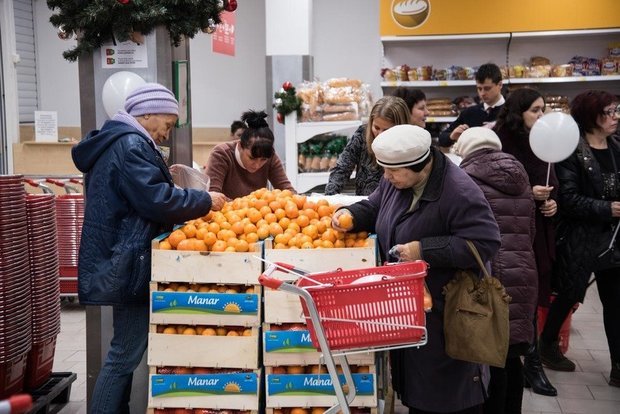 ''Perhaps, this is due to a decrease in saving capacity of the population (it also can be called a forced transition to a consumer behaviour model) due to the continuing decline in real terms of disposable incomes,'' said in the analytical review of the bank. Photo: Anton Zhuravlyov

Payback for the New Year celebration

Most of the experts interviewed by Realnoe Vremya noted: there are no objective economic prerequisites for the outflow of deposits. Apparently, it's one-time factors.

''One-time fluctuations are not particularly interesting — it is necessary to consider whether this has turned into a trend. I think there are seasonal factors here. December is always a big expense. Accordingly, in January, people begin to pay for the New year celebrations, including from deposits,'' chief economist at Expert RA Anton Tabakh said. According to him, ''it is too early to panic'' since there is nothing terrible in a single deviation of 2%. ''If this continues, then we will assume that people personally do not feel this decline in inflation and interest rates [on loans].''

''The outflow of a half a trillion is quite a lot. But we have to wait; at least to understand — whether this trend will continue or it is a one-time fluctuation,'' says Sergey Khestanov, the advisor on macroeconomics to director general of Otkritie Broker. Perhaps, the reason is single operations of some market participants, he says. ''For example, they say that 4,5bn rubles were withdrawn from Vozrozhdenie Bank before the New Year.'' 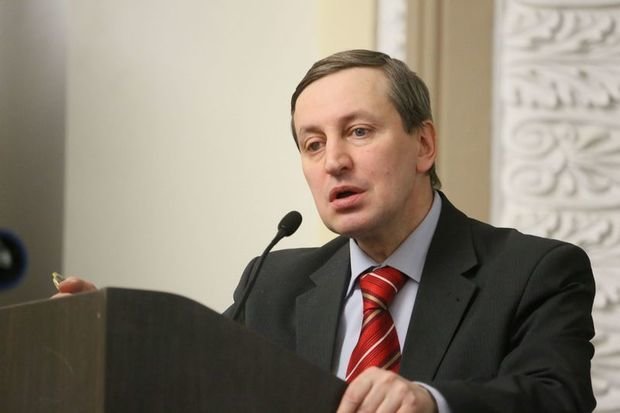 ''This can only be recorded so far, and it is hardly possible to explain responsibly what has caused it,'' says Khestanov. Photo: acexpert.ru

''If it [the outflow] repeats again, we will, apparently, be talking about that the popularity of deposits has declined on the background of reduction in interest rates. Maybe, there is a flow from deposits towards OFZ [Federal Loan Obligations] or something else. But the understanding comes a little post factum. This can only be recorded so far, and it is hardly possible to explain responsibly what has caused it,'' says Khestanov.

Experts have been discussing the declining attractiveness of deposits since last year. Influenced by the Central Bank's key rate, the profitability of deposits has fallen, and it has become less profitable to keep funds in banks. Some also note that Russians' consumer sentiment is gradually changing: citizens are saving less actively.

Director of the Banking Institute at the HSE Vasily Solodkov names three possible reasons for deposit outflows. The first two are the continuing decline in real incomes and decline in attractiveness of deposits due to falling rates. ''The third reason is something that is connected with reliability. For example, the bank states that it will not give money to this depositor because they are suspicious. Or when the DIA [Deposit Insurance Agency of Russia] requires to return previously withdrawn deposits. But it is personal money of people — not someone else's! There is a feeling that it is easier to keep money under the pillow,'' says Solodkov.

Alfa-Bank's chief economist Natalia Orlova is sure that the outflow of deposits is a purely seasonal phenomenon: ''It does not make sense to compare January with the whole previous year. Every December people receive ''the thirteenth salary'' and there is a growth of deposits. And every January there is an outflow.''