You never miss the water: citizens disappointed at deposits

Savings of the population in banks are approaching 25 trillion rubles, but low rates and a desire to spend scotch the growth

The volume of savings of the population in banks has approached 25 trillion rubles. But it grew more than 6 times faster than now only 2 years ago. Realnoe Vremya's experts explain that there is less sense in freezing money in banks due to the fallen rates. What is more, the Russians' consumption pessimism is coming to an end. This is why citizens stop being afraid to spend savings. In addition, the money of better-off depositors more often turn into the country and companies' securities.

Dividers made a difference

The volume of deposits of physical persons in banks reached 24,75 trillion rubles by October; it has risen by 2,3% from January to September (excluding the currency revaluation – by 3,3%). The Deposit Insurance Agency (DIA) state corporation presents such data in its analysis.

The advanced growth of deposits to 1,4 million rubles doesn't happen without a reason, notes Yury Sokolov, head of Development of Passive Products of the Directorate on Retail Development of Ak Bars Bank. It is linked with clients' desire to divide a deposit into different banks to protect their money (Editor's Note: deposits of citizens over 1,4 million rubles are not secured).

However, deposits of the sum that exceeds the insurance threshold continue dominating in the overall structure. This year the population's savings in banks are increasing much faster than last year (the growth totalled just 0,4% in 9 months in 2016). However, in comparison with 2015, the growth slowed down six times even if the dynamics of fall of the citizens' real incomes were two times more than now. The delay has two major reasons, experts say: it's a sudden reduction of deposit rates, which has begun this year, and people's shift from a cumulative to consumption model.

Profitability of deposits fell, and it became not so interesting to hold money in banks, leading expert of Development Centre of the National Research University Higher School of Economics Dmitry Miroshnichenko noted. According to him, part of the citizens started to refuse to store money in deposits in favour of securities in recent time. ''A bigger number of people decides to invest in securities while looking at the rates that banks offer. There is no sense in depositing money in a bank at 5% a year when one can buy bonds of the same bank and get some 10%,'' he explains the depositors' logic.

Docent of the Russian Presidential Academy of National Economy and Public Administration, financier Sergey Khestanov is also talking about the same tendency. But now it affects mainly higher classes of society. Nevertheless, especially bonds of the Russian Ministry of Finance partially pull the depositors' money, he states. ''It's not very interesting to limit consumption. If you potentially have money, you can restrain yourself from something for 6 months or a year. But the question unchangeable rises: why can't the money be spent to live better?'' Miroshnichenko says. Photo: raexpert.ru

Miroshnichenko says that the population's behaviour is also gradually changing: people restrain themselves from spending now less. With high rates and overall uncertainty (with the ruble, salaries, work), citizens used to save and bank; today there is less sense in it. ''It's not very interesting to limit consumption. If you potentially have money, you can restrain yourself from something for 6 months or a year. But the question unchangeable rises: why can't the money be spent to live better?'' Miroshnichenko says.

Consumption expectations of Russian were pessimistic for quite a long time. People waited for the situation to worsen, Sergey Khestanov reminds. In these conditions, even those who could spend preferred to wait. Now Khestanov feels that the situation is gradually improving.

First of all, the general growth paces of deposits slowed down due to the reduction of rates, Yury Sokolov confirms. Development of alternative financial tools (individual investment account, cumulative programmes, etc.) and financial literacy is another reason. ''Such an evolutionary change in clients' behaviour is logical. Deposit becomes one of the management tools of the money of house managements, but not the only. The popularity of debit cards is also growing. Their profitability is not worse than that of classic deposits now,'' Sokolov says.

The observation of DIA showed that 74 establishments of 100 biggest banks reduced their deposit rates. Profitability of deposits has grown in 7 banks, it's remained at the same level in another 19 banks. The average indicator of rates in ruble deposits per year at 1 million rubles has fallen by 1% in the last 9 months and is 7,5% now. 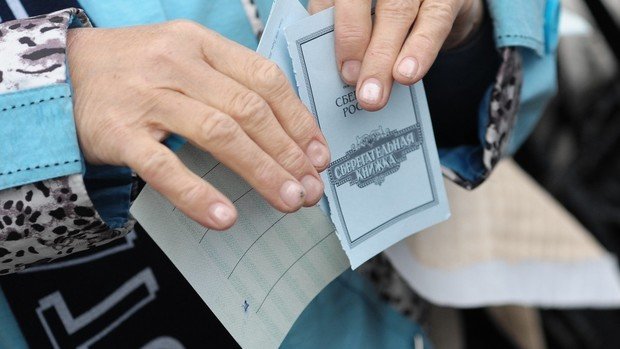 DIA notes another tendency: the fall of popularity of long-term deposits and rise of demand deposits. Photo: pr-bank.ru

To save or spend?

It can be considered as additional evidence that the population is inclined towards consumption, Miroshnichenko is sure. He says that deposit terms are always sensitive to rates: ''People decide themselves if there is any sense in freezing money as deposit or having it just on the account, and you have access to them at any moment. It becomes unreasonable to freeze the money. The benefit from the deposit is not so big to restrain yourself from a possibility of spending money at any time when it is needed.''