The Central Bank reduced the key rate by 0,25 despite a record low price growth

On 9 February, the Central Bank of Russia reduced the key rate from 7,75% to 7,50% and claimed it would continue to soften the monetary and loan policy this year. Nobody doubted the rate's fall – many people considered it needed to have been reduced more aggressively: inflation is updating the lowest results in history by going further from the Central Bank's target. Realnoe Vremya tells the details.

It was reduced, but promised to be lower

Bloomberg's consensus-forecast hit the target: it presupposed a reduction of the key rate by 0,25 of the basis point. Meanwhile, many analysts saw a foundation for more confident softening. Inflation is the main of these reasons. It was steadily low as early as last year. And it updated its next lowest indicator in history in January 2018 by falling to 2,2% a year.

In 2017, inflation totalled 2,5%. In the 4 th quarter, prices were stopped by increased demand for agricultural products due to a growth of harvest and lack of warehouse capacities. In the Central Bank's opinion, this factor will stop affecting prices in the first half of the year.

In January, prices for the main groups of commodities continued going down, food inflation slowed down to 0,7%, non-food – to 2,6%. The Central Bank doesn't exclude that the slower pace of inflation can go on in the first half of 2018, while it will remain below the target, in general, which is 4%, by the end of the year.

Today's press release of the regulator notes that several factors, including the dynamics of food and oil prices, can affect inflation's both ups and downs. However, short-term pro-inflation risks have weakened, and the probability of a higher level than 4% considerably has reduced. ''In these conditions, the Bank of Russia will continue reducing the key rate and allows the end of the transition to moderate strict to neutral monetary and loan policy in 2018,'' says the message. In January, prices for the main groups of commodities continued going down, food inflation slowed down to 0,7%, non-food – to 2,6%. Photo: Anton Zhuravlyov

The Central Bank consequently reduced the key rate during the last year: the decision on the reductions was made at six meetings out of eight. The deviation of inflation from the target, on the one hand, allowed to easily soften the monetary policy further on. On the other hand, the regulator had some reason to be careful, the growth of unsecured lending against a background of falling incomes of the population is among them.

Nabiullina has recently claimed that the Central Bank can take measures to avoid the bubble in consumer lending – it is to grow together with the Russians' incomes and be comparable with crediting paces of the real sector. Last year, consumer lending increased by 13,2%, while real incomes reduced by 1,7%.

''The talks about the rise of unsecured lending is rather a problem of very banks and risk management. In fact, lending is still at a low level. It's enough to say that in 2017 constructors built 2,1% square metres of dwellings less than 2016. The rate's reduction will be a positive step for mortgages,'' thinks analyst of Otkrytiye Broker Andrey Kochetkov.

The Central Bank waited for inflation to be 2,3% in January – it was lower, and it already was quite a sufficient reason to soften the policy. In addition, Kochetkov continues saying that the president of Russia said earlier the 1% growth of industry wasn't a satisfactory indicator. This is why the regulator had reasons to reduce the rate aggressively.

The instability in foreign markets is the only obstacle now. However, the Russian market turned out to be more resistant to external negativism, which could be presupposed. And the ruble was calm, though it's demonstrating some weakness, Kochetkov thinks.


''There are certain fears that inflation will be above 3% in the second half. But forecasts haven't so far said about a jump of more than 4%. This is why the Central Bank is in quite comfortable conditions to improve the credit situation in the country,'' the expert says.

''There are different opinions. But I support a gradual reduction of the rate: 0,25 [basic points] is standard, it's accepted so around the world. We need to become more civilised. If it was reduced, we look how the market reacted, we may not make sudden movements,'' says Nikolay Berzon, head of Stock Market and Investments Master's Programme in National Research University Higher School of Economics. 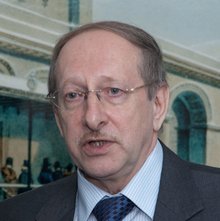 In general, the rate of 7,75% was quite high, it was necessary to reduce it, thinks Berzon: ''It won't strengthen the population's refinancing but can give a certain impetus to boost the economy because money for enterprises will be cheaper.''

''The volatility we see has certain risks. If the worst scenario develops, it can lead to a 0,50 reduction of the rate, and it will be necessary to raise it at the next session. Even considering that inflation slowed down a lot, there is no foundation to reduce by 0,50 per session. In addition, it seems the Federal Reserve System will raise the rate, and it can bring to a reduction of the carry trade.'' However, if nothing happens in the future, which can change the situation in markets, the Central Bank will reduce the rate again in March, Kabakov believes.

Today the Central Bank demonstrated rigidity when it decided not to move below 7,50%, though it could, thinks head analyst of Expert RA Anton Tabakh. The policy will probably continue softening at all future sessions – at least till the summer: he is convinced that it's very severe to have a 7,5% rate with 2,2% inflation. 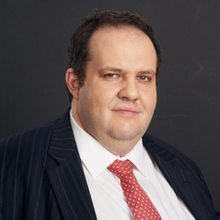 ''Roughly speaking, they could have reduced by 0,5% now. But it seems they decided that it was a demonstration of unheard generosity last time (Editor's Note: at the session in December 2017). Consequently, this time they need to be stricter. I think it's just a ''demonstration of the character'' – who wears the trousers here. Generals are preparing for the war that passed, while the Central Bank is fighting against inflation they defeated.''