Unpaid salaries of the airline’s workers continue accumulating, while Czech partners try to return debts via the Tatarstan arbitration court

A part of the employees of troubled VIM Airlines hasn't been still either laid off or fired even if the company already stopped working. The confusion led to continuing accumulation of unpaid salary – from last year's July to January 2018. At the same time, suits claiming to pay the airline's debts are considered almost daily in courts, one of which took place in the Tatarstan Court of Arbitration on 25 January. Business Alliance s.r.o. registered in Prague demands more than 12 million rubles from its former partner for equipment delivery and delay in payments. Realnoe Vremya tells what's going on in VIM Airlines now.

From the Czech Republic with love for VIM Airlines

After collapsing, VIM Airlines has been a regular of courts across all Russia for several months already. According to the card index of arbitration cases from November to January, the number of suits exceeds tens. The Court of Arbitration of Tatarstan considered one of them at the preliminary session. Business Alliance s.r.o. from the Czech Republic demands 12,2 million rubles, which came from 11,9 million rubles of debt and 252,000 for delayed fees from the troubled company. Questioning the possibility of paying this money, the plaintiff even asked to apply interim measures for the defendant. However, the court denied it.

Representatives of VIM Airlines weren't at the preliminary session, and it passed with specifying Business Alliance s.r.o's nuances on the suit. So it became known that the airline's debt appears from 18 January 2018 to 19 September 2017 when the Czech company supplied it equipment for $255,400. As from 1 November, the defendant paid only one invoice for $50,000. So the debt totalled $205,460. 252,000 rubles of penalty come from a 0,1% fee per every week of delay 31 days later after sending the invoice. The court appointed the main session on this case on 16 February. 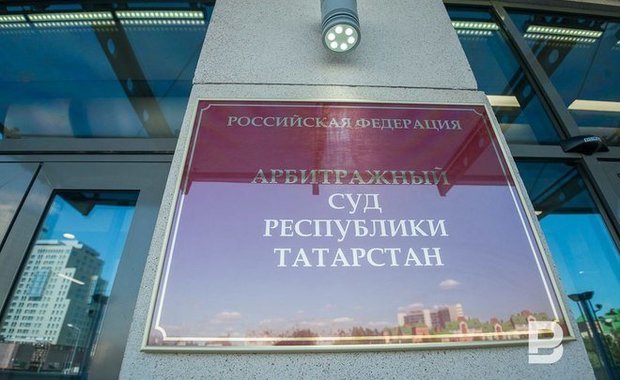 According to the card index of arbitration cases from November to January, the number of suits exceeds tens. The Court of Arbitration of Tatarstan considered one of them at the preliminary session. Photo: Maksim Platonov

In the fight for getting their money back, companies came to demands to drive VIM Airlines to bankruptcy. In the case of Spektr-Avia JSC from Ulyanovsk, the session was postponed to 7 February. The plaintiffs' first victories began in January when the Court of Arbitration of Tatarstan satisfied requirements of air traffic dispatcher from Khabarovsk at 2,4 million and technical maintenance staff from at 1,5 million rubles. The defendant didn't come to the session.

Another settled suit is about requirements of Vebl-767-300 Ltd (an Irish subsidiary of VEB-leasing JSC that's part of state-owned Vnesheconombank) at $2,8 million, which come from $2,461 million of debt and $309,100 of fees from leasing two wide-bodied Boeing-777 planes.

Some suits are only conducted in courts now: the demand of the Yakut administration of the Russian Meteorological Centre and the Russian Air Traffic Flow Management Centre public corporation and its office in Magadan named Air Navigation of Northeast at 303,500 and 9,1 million rubles respectively, the suit of the airport in Rostov-on-Don at 457,000 rubles, Aviation Equipment Aviation Service Centre JSC – at almost 5 million rubles, airport of Nizhny Novgorod – at 2,8 million rubles. This list can be continued for long. The suit of Absolut Bank Joint-Stock Commercial Bank PJSC that claims 581,5 million rubles from VIA Airlines via court should be mentioned among the suits where really big sums are demanded. The suit was sent as early as November. But the preliminary court session will be on 30 January only.

According to data in November only, the sum of suits totalled 1,29bn rubles. In late December, Minister of Labour and Social Protection of the Russian Federation Maksim Topilin said the airline's debt to its employees was 439 million rubles. Photo: kremlin.ru

The situation with salaries that haven't been paid to VIM Airlines workers yet isn't better. In late December, Minister of Labour and Social Protection of the Russian Federation Maksim Topilin said the airline's debt to its employees was 439 million rubles.

Realnoe Vremya's source told that salaries in the company have not been paid since July. The most interesting thing is that the situation with the confusion that reigned in the company hasn't changed with the arrival of new Director General Vsevolod Kusov.

According to an employee of VIM Airlines, there has been done nothing on either lay-off or dismissal of workers. As a result, the delayed salaries have been lasting from July to January 2018. However, letters of voluntary resignation are accepted.