Kazanorgsintez has replaced the conduit with 55-year history

Kazanorgsintez updated the conduit, through the pipes of which there flows drinking water to the enterprise itself and to the residential complex Salavat Kupere, at the end of 2017. The old pipeline was built in 1962. Over 55 years of operation, it covered with corrosion, accidents became frequent due to pipe ruptures. Last year, part of the conduit was replaced using an advanced method — sanitization with polymeric sleeve. Project works on updating of the next part of the conduit have been planned for this year. Read the details in the material of Realnoe Vremya.

Water is supplied to the main site of Kazanorgsintez PJSC through four pipelines. Two pipelines with a diameter of 820 mm were mounted already in 2008. In 2016, there began the first phase of the work on replacement of the left conduit with a diameter of 700 mm, it has been replaced a worn area from Gorky highway of 3,300 meters in length to Kazanorgsintez PJSC. In 2017, the remaining part of the conduit with a length of 3,490 meters was replaced and sanitized. 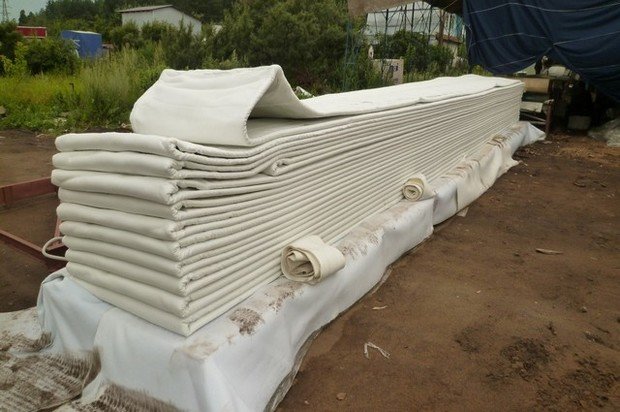 According to Ildar Sayfutdinov, superintendent of sewage treatment and external communications shop (OSiVK) at Kazanorgsintez PJSC, the main part of the conduit was replaced by cut-and-cover method: the pipe was dug out, and in its place there was installed a new metal or plastic one.

''It was impossible to dig the culverts laid on the territory of the garden community KVZ-2, at the place of intersections with railways and roads. We applied sanitization of the conduit by polymeric sleeve on such difficult areas. The pipe was pre-cleaned from rust and foreign objects by washing with water under strong pressure. After that, it was put with the robot with camera, it went through the whole track and removed the pipe from inside. Only then it was carried out sanitization of polymeric sleeve,'' Ildar Sayfutdinov said.

Flexible composite sleeve is entered into the pipe, which after curing presents a new pipe. It completely adopts the functions, including carrier one, from the old. The sanitization with polymeric sleeve, or as it is also called — polymeric ''stocking'', takes place in the shortest possible time as excavation works are minimized. The average service life of such polymer sleeve is 50 years. The pipes with external and internal anti-corrosion protection, as well as plastic pipes of its own production, were laid in the place where the conduit was replaced by cut-and-cover method. All the works were performed by contractor TAIF-ST PLC.

Due to the replacement of the left conduit, the residents of the residential complex Salavat Kupere and the enterprise Kazanorgsintez will be supplied with improved drinking water. The old pipes over 55 years of operation became rusted, which was the cause of frequent accidents. Besides, iron contained in the water provoked the development of iron bacteria.

Uniting in colonies and forming rusty mounds of up to 10 mm in height on the inner surface of the pipes, and then converted into the corrosion holes — fistula, iron bacteria provoked water leakage. At the same time, the water is additionally saturated with oxidized trivalent iron. Iron bacteria are not dangerous, but their waste products have carcinogenic activity. Andrey Smolko, deputy chief engineer, head of the department for ecology at Kazanorgsintez PJSC, notes that the conducted works allowed to exclude the negative impact of iron on soil and water, protected pipes from breaking and leaking. ''There have been two accidents over the past year at the conduit, now they are excluded. The staff of Kazanorgsintez and the residents of the residential complex Salavat Kupere will receive tangible benefits from the replacement of the pipes. The water has become cleaner, the indicators of the content of iron have been reduced,'' Andrey Smolko says. 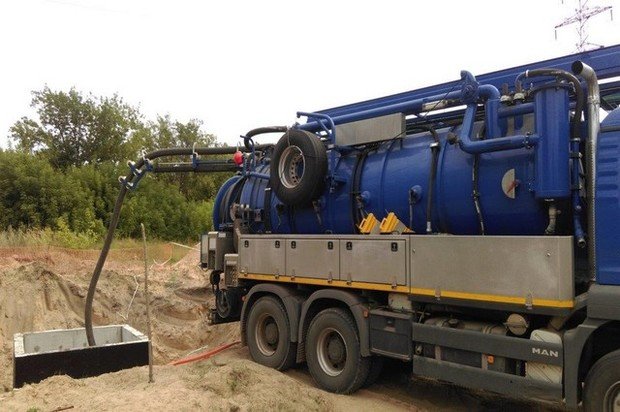 Kazanorgsintez is to reconstruct the right conduit by 2020

This year, Kazanorgsintez will conduct design works on upgrading of the right conduit, which runs in parallel to the left. It is to be completely reconstructed by 2020.

Let us note that Kazanorgsintez has paid attention to the quality of drinking water not for the first time. In September 2017, the company launched the production of low-concentrated sodium hypochlorite. The chemical compound replaced chlorine, which Kazanorgsintez used for water disinfection. The new method of disinfecting is different by ecological, industrial and technological safety, and it also improves drinking water indicators.