Head of Russian tourism agency: ''We suppose blockchain can seriously change our industry''

The second and final day of 4 th Kazan Tourism Forum started with a discussion of tendencies in the sphere of world tourism. Head of the Russian Agency for Tourism Oleg Safonov told why the agency promoted Tatarstan, how the republic could interest the audience from Muslim countries that is perspective in terms of tourism. A guest from Milan and Moscow expert, in turn, chose the topic of new technologies that already started to significantly change the tourism market as well. Realnoe Vremya tells the details.

To Tatarstan – for halal tourism

If the first day of 4th Kazan Tourism Forum opened with the presentation of different cases on development of territories, the second day started with trends in the sphere of world tourism. A federal guest – head of the Russian Agency for Tourism Oleg Safonov – opened the session. He began with saying that Tatarstan was of great interest as platform for football matches on the threshold of the Football WC in 2018.

''These circumstances open possibilities for wide promotion of tourism uniqueness of Tatarstan abroad. Nowadays the Federal Agency for Tourism fulfils a promotion programme of the 2018 WC and tourism possibilities of the host cities that includes a road show in countries of Europe and Latin America. Presentations already took place in Germany's Rostock on 11 August, in France, in Paris – on 26 October, in Uruguay – on 10 November, in Brazil – on 14 November, in Great Britain – on 24 November, in Spain – on 29-30 November in two cities – Barcelona and Madrid,'' Safonov enumerated and paid attention to that the presentations were made with money from the federal budget.

The head of the Russian tourism agency thinks that the Football WC is not the only thing that can attract a tourist flow to the republic. He says that it is of great interest for the tourists who profess Islam. With a link to experts, he noted that Muslim countries were one of the most prospective countries from a perspective of inbound tourism. The number of Muslim tourists is expected to increase to 156 million people by 2020.

''According to the research done by payment systems, tourism portals, Muslims aged from 18 to 26 years will spend over $100 billion on trips by 2025 – it is two times more than in 2016,'' Safonov forecasted. In general, their costs on tourism can increase threefold in 8 years. Nowadays the Federal Agency for Tourism fulfils a promotion programme of the 2018 WC. Photo: russiatourism.ru

Travellers from Muslim countries are going to be attracted across all Russia within a halal friendly programme that is fulfilled now and presupposes adaptation of conditions to the needs of the Islamic audience.

Head of the department of strategic projects (sector of travels) at Amadeus Sandro Cuzzolin deliberately came to talk about online promotion of tourist routes from Milan to Kazan. The charismatic Italian apologised for his bad Russian in English and started his presentation with Wassily Kandinsky's paintings. He noted that Russia gave the world many great artists. There also were many colours on the second slide. But users of different sites – from Facebook to TripAdvisor – were behind every colourful point.

As an example of analysis of users' requests, Sandro Cuzzolin told about the statistics of German requests for trips to Russia. For instance, our country is monthly requested by 67,000 German tourists. In addition, only 32% of them look at Russia only. It competes with Turkey, Romania, Kazakhstan, Poland, Ukraine and Bulgaria. The obtained data can become a tool in the promotion of a tourism product.

Travellers from Muslim countries are going to be attracted across all Russia within a halal friendly programme. Photo: ansar.ru

Summing up, the Italian guest noted that 87% of people decided where to go on the Internet, and representatives of the host country lost an opportunity to attract tourists if their tourism offers were not on the Net. In addition, travellers choose among 12 routes on average, and here one needs to promote their site, so that it will become interesting. The third point is about the work with websites. According to the company's research, people use 38 different portals, and one should have partnership relations with them. The fourth and last point sounds like ''more 100 target marketing organisations (Editor's Note: destination marketing organisations) will invest at least €1 million in online marketing by 2020''.

''Residents of 'the era of the thumb''

Ekaterina Merenchuk, marketing manager at Visit Britain, continued the topic of new technologies. It is no secret for anybody that now people hold their phones in their hand almost all time by using it for communication in social networks, search for a place on holiday, tickets, order meal, clothes or taxi online – this list can be continued for long. Presenter Evgeny Malikov accurately noted during the session that we were ''residents of the era of the thumb''.

Ekaterina Merenchuk offers to think of what stage one can influence a potential client at.

''Firstly, it is an inspiration. A person saw a photo on Instagram, a video or review of some famous blogger on YouTube. Secondly, it is booking. Now it happens instantaneously. Thirdly, additional advantage: what can I get from travelling as tourist? Fourthly, it is new needs during a trip. Now a travel is not just a fun pastime, it is getting some new skills,'' the speaker noted. 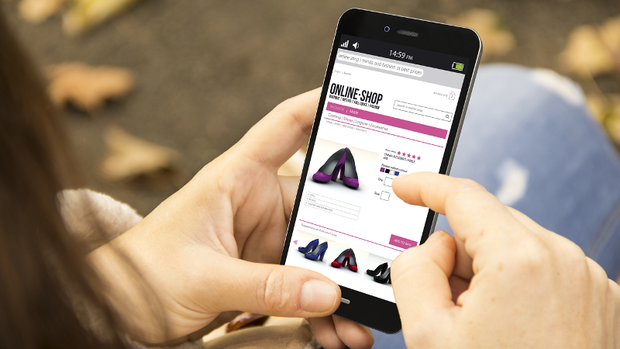 According to her, by 2020, 29% of Russians will make purchases on their phones. And the barrier between the desire and purchase will fade away in the short run, Merenchuk thinks. Photo: rusability.ru

According to her, by 2020, 29% of Russians will make purchases on their phones. And the barrier between the desire and purchase will fade away in the short run. As a successful example, Ekaterina Merenchuk told about a shopping mall in Sydney that signed a contract with a musician who shot a video where the latest new things of retailers of the shopping mall are shown, and users can choose a look and even buy it while watching. A chain of hotels that created a special channel for booking right on Instagram is another example.

''Sending requests and even booking of tourism products will become very easy in the future because tourists won't need to leave their messengers – they will confirm a booking, know the latest news – it all will happen in messengers. The conclusion is that the tourism industry should not spend huge budgets to create their own websites,'' Merenchuk says.

As confirmation of her words, the speaker put an example of direct communication, which, in her opinion, is more successful. For instance, the project What's Cook together with a mayonnaise brand opened a chat with chefs in WhatsApp. One needed to insert their phone number on the official page for participation, then organisers reached out to the users via the messenger and discussed what to prepare with the products the person had in the fridge.

Blockchain to change the tourism market?

The representative of Visit Britain called the necessity of tourists for finding their geographical location among other marketing trends. For instance, the company's research shows that 46% of Russians are interested in the service that will find their location. In addition, travellers want to see a country through the eyes of the locals, thus getting rid of the concept of a ''tourist'' that appeared not a long time ago.

Head of the Russian tourism agency Oleg Safonov seemed not to be able to comment on the above-mentioned tendencies and ended the session with a small remark. He told the agency also seriously started to work with new technologies, particularly blockchain.

''Now we're seriously studying this technology and possibilities of its use to increase the quality of tourist servicing in the Federal Agency for Tourism. We suppose it can seriously change our industry because, of course, the technologies that are created now allow a consumer to work directly with a producer without intermediaries.''

He says the agency is convinced that the blockchain will seriously change the tourism market in the next 5-10 years.