Vsevolod Chaplin: ''There can be more desperate women in politics than Ksenia Sobchak''

Storm in the swamp: why is Ksenia running for president? The column of Archpriest Vsevolod Chaplin

The desire of socialite Ksenia Sobchak to participate in the presidential election came as a surprise to many people. The columnist of Realnoe Vremya, Archpriest Vsevolod Chaplin, who personally communicated with the presenter, also couldn't ignore her statement. In today's newspaper column, written for our newspaper, the Orthodox priest reflects on what Sobchak expects, who will support her and what slogans she should use in the election campaign.

People are waiting for a new word

The intention of Ksenia Sobchak to run for president caused a little storm in our political swamp. It is clear that the government and ''serious'' politicians will be joking about this — or it is important to remain silent, and competitors from liberal ''meadow'' — to humiliate the recent ally. Why, in this space there are so much old ''system'' players — Kasyanov, Yavlinsky, Navalny. But here is a show-woman.

However, even assuming the hypothesis that the nomination of Sobchak has been approved by the Old square and invented by close to the Kremlin political strategists, her appearance in the electoral arena will be a gift for no one. The thing is not only that she is quite clever and sharp-tongued. Her inclusion in the election debates will certainly stimulate emergence of new ''unexpected'' candidates — I know at least five critics of the current government from the right-conservative wing, who calculate the possibility to collect signatures. ''Even assuming the hypothesis that the nomination of Sobchak has been approved by the Old square and invented by close to the Kremlin political strategists, her appearance in the electoral arena will be a gift for no one.'' Photo: tsargrad.tv

Leaders with good political instincts perfectly understand: people are waiting for a new word. It is no coincidence that Sobchak is using the slogan ''Against all''. Many people are already fed up with the current political class. The lion's share of active and thinking citizens are not satisfied with the quartet Putin(or his successor)-Zyuganov-Zhirinovsky-Mironov.

Certainly, the incumbent president will easily win the election. A possible successor, ''blessed'' by him, will, too. Especially if there won't be any social disaster. All the more, if the authorities depart from the ''cabinet creativity'' and will offer a real political reform. For example, they will subordinate the government to the Duma, or on the contrary, create a quasi-monarchic system, or simply ''print'' the process of amending the Constitution, which has long been urged by many thinking people, including your humble servant. Or become more active in Ukraine, not being afraid to argue with the West. Or implement an ''erdogan scenario'', getting rid of the ballast of the 1990s.

These truly creative steps, of course, will reduce the chances of the ''alternative forces''. However, under these mentioned scenarios, they will be able to express themselves even without being admitted to the elections. It will be enough to reflect on the themes of the events. But if the stagnation continues — ''new'' candidates will be able to promote at least due to Internet activity. In the case of appearance of their names on the ballot, the same Sobchak may gain two to three per cent (simultaneously burying the ''old'' syslibs [system liberals]), and the right-wing conservatives (who, of course, will never agree with each other) will gain one-two percent each. 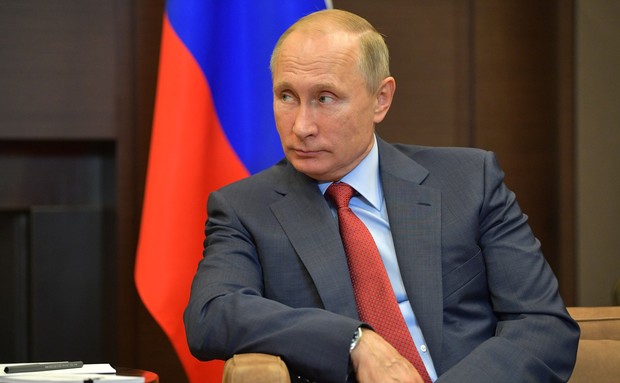 ''Certainly, the incumbent president will easily win the election. A possible successor, ''blessed'' by him, will, too. Especially if there won't be any social disaster.'' Photo: kremlin.ru

''The nuclear electorate'' of Sobchak is known: part of middle-aged middle class. Living in Moscow, St. Petersburg and abroad (those, however, almost do not vote). The youth is indifferent to Kseniya, the old intelligentsia hates rich, successful, appearing in TV shows. But these one and a half thousands electorate will easily be added with half-random protesters — maybe from the province, from seniors. The factor ''bite me'' will work out for Sobchak for sure, even if citizens, driven by this factor, will not listen to any of her campaign speeches.

Anyway, it is worth to listen to them. For example, the phrase ''the priests and the security forces already tell us what to read, what to watch and even whom to love.'' The slogan can work out for the voters in the south of Sweden or even Northern Italy, but we perfectly remember how Ksenia Sobchak herself was long telling us what to see, to read, and even suggested her version of ''love'' in Dom-2 (a Russian reality television show — editor's note). Alas, people with an untroubled conscience first spat and then stopped paying attention…

Any candidate expecting more than one percent of the vote must express the innermost sentiments of the majority. Ksenia has a chance to try to do it. For example, to challenge the ''achievements'' of the nineties and go against the real power — the power of the oligarchs, behind-the-scenes political players and the standing behind them West. Do you think it is unrealistic? ''When a young man comes to you with shining eyes and introducing his beloved woman, the very modesty, whisper in his ear, ''have you seen her mother? Remember: you will live with her copy.'' In general, if Kseniya has decided to go into the power, carefully look at Lyudmila Borisovna Narusova.'' Photo: theins.ru

Again, Sobchak is not stupid. What is more, calculating. Having communicated with her a few times, I have become convinced of the rightness of the old priest's wisdom. When a young man comes to you with shining eyes and introducing his beloved woman, the very modesty, whisper in his ear, ''have you seen her mother? Remember: you will live with her copy.'' In general, if Kseniya has decided to go into the power, carefully look at Lyudmila Borisovna Narusova.

Back to the election. Actually, ''alternative'' candidates to the right of Putin can be much more interesting than Sobchak. It doesn't matter that their videos are cheaper, and the image — more dull. If they are sufficient for a real alternative to capitalism, political correctness, stagnation, the eternal concessions to the West — then the campaign can get really interesting. Even in the case of non-admission of these people to the election. The power after ''freezing'' of the Donbass and the story with Matilda has ceased to be perceived as ''personal'' to a significant part of the conservative electorate. The unsettledness of such problems, like the consequences of the privatization by Chubais, gradual dismantling of the welfare state, uncontrolled migration, absolute power of local officials and businessmen, provide the basis for a strong ''right alternative''. Here it is not far from a ''Russian Trump'', or a ''Russian Le Pen''. In the end, we've had many women in politics — there can be found figures even more desperate than Ksenia Sobchak.