While the Federal Air Transport Agency continues discussing fighting methods against delays of charter flights with airlines and tour operators, the State Duma offers to tighten sanctions for this violation. It was told at the extended meeting of the Federal Air Transport Agency on 20 September, the government was going to take measures to minimise delays not only for passengers' convenience but also for a more global goal – the Football World Cup. Realnoe Vremya talked to experts and found out why delays were directly linked with the economy's recovery and whether the sanctions would teach airlines to be punctual.

Airlines to be obliged to fly on time by WC

On 20 September, at the extended meeting with airline representatives and biggest Russian tour operators in the Federal Air Transport Agency, deputy director of the agency Oleg Klim stated that the government apparatus and the State Duma were concerned about the increased number of delays of charter flights and reduction and cancellation of charter flight programmes, Vestnik ATOR says.

The concern is linked with, first of all, organisation of the upcoming Football World Cup. This is why there is a goal to provide as accurate work of air carriages as possible in winter. While confirming flight programmes for the future winter season, the deputy director of the Federal Air Transport Agency notes that their provision with the necessary number of crews and pilots of the plane and compulsory presence of reserve crews among airlines with charter and regular flight programmes will be considered.

Oleg Klim noted that the State Duma discussed offers about a considerable rise in fines for air carriers for delay of flights. An offer to introduce a ''criterion of regularity'' is considered among other measures. The criterion will be taken into account in the Interagency Commission under the Russian Ministry of Transport when considering a company's application to operate flights. Oleg Klim stated that the government apparatus and the State Duma were concerned about the increased number of delays of charter flights and reduction and cancellation of charter flight programmes. Photo: aviacenter.org

The very Ministry of Transport told about increasing the fines.

The agency planned to offer the changes to the Aviation Code that will have the power to define the size of compensation for delay and cancellation of flights of international and domestic airlines. We need to remind that complete cancellation of charter flights was discussed earlier among the measures. It was said that the Federal Air Transport Agency stated it. But the agency denied these words later.

Delays to have a file

The topic with delays of charter flights became so popular after several mass delays of VIM Airlines' flights, which is registered in Tatarstan. Then Volga Regional Transport Prosecutor Timur Kebekov charged Prosecutor of the Tatar Road and Transport Prosecutor's Office Maksim Kovalyuk with controlling the legality of VIM Avia's activity due to the delays and cancellation of flights. In August, the Kazan Court fined VIM Avia 300,000 rubles.

What is more, the Federal Air Transport Agency started to daily register delayed flights of airlines. According to the date as from 20 September, there were registered 11 delays. For instance, Yakutia airline postponed three flights – the airline's decision was the reason once, then the crew was late, thirdly – the aircraft was late. Ural Airlines also delayed flights three times – twice due to the late arrival of its aircraft and once because of the aircraft's failure. The list also had VIM Airlines that postponed a flight from Moscow to Dubai for 6,5 hours because of the airline and put off the plane's flight from the capital to Antalya for four hours due to the aircraft's late arrival.

The generalised data on delays have been published only for August now. We are talking about the flights that were postponed for more than 2 hours. IrAero whose six flights of 25 operated flights were delayed is the leader of the anti-rating in international flights. Red Wings has 24 delays of 113 (in 15 cases the delays lasted for more than 6 hours) and VIM Airlines – 59 flights of 479 flights were delayed (the majority of the delays were 2-3 hours). Red Wings has 24 delays of 113 (in 15 cases the delays lasted for more than 6 hours). Photo: Maksim Platonov

Chairman of Tulpar Aero Group Azat Khakim thinks that this season the delays occur because the market grows.

''When passenger traffic increases, it shows that the economy is recovering like litmus paper. It gladdens, of course. But carriers were not ready for the lack of aircraft and absence of the reserves, while they had signed enough contracts. This is why they had ''scissors'' they are in this year,'' the newspaper's interlocutor says.

He explains that delays become a problem when there are difficulties with aircraft, due to the absence of the reserves. ''In general, the Federal Air Transport Agency does well by tightening sanctions. Big fines and a possibility to lose the licence will make the carrier be more careful while signing an agreement in summer. In addition, the market will put everything in order. People who suffered from a long delay of one airline will try not to fly with its planes – anyway, I do so. Natural selection will take place. Such airlines as Aeroflot and Sibir will remain in the market,'' Azat Khakim comments.

Executive Director of AviaPort agency Oleg Panteleyev also gives similar reasons for numerous delays in spring and summer and calls them a consequence of the ''growth disease''.

''After the fall in carriages in 2016, this year the number of passengers of Russian airlines started to grow in two-digit numbers (in general, about 20% in comparison with last year). What is more, international charter flights increased faster (almost 67% growth in 7 months). Many companies, especially those that opened direct charter flights to resorts from regions, just don't cope with this challenge – they did not manage to create reserve aircraft, additional crews, etc.,'' the speaker comments.

On the one hand, he calls it a consequence of greed. On the other hand – it is an attempt of airlines to satisfy the demand of clients for carriers. In Panteleyev's opinion, one of the key components of this problem is not in certain airlines but in the market, in general. The newspaper's interlocutor notes that the dynamic rise is not going to continue in the short run. This is why we can presuppose that the situation will stabilise even without the interference of authorities. 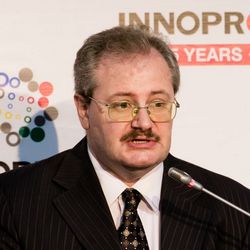 ''However, today functionaries think that the evil appears because of the lack of planes and crews for ambitious flight programmes. Revocation of licences or their non-issue is an efficient tool to create necessary reserves with ''forced measures''. But we need to note that reserves effectively help fight against failures in timetable. What is more, reserves allow to minimise problems when flying from the base airport. But when the reserves are in Moscow and the charter flights flies from Siberia to Turkey, the long delay becomes inevitable if the aircraft has a failure,'' Panteleyev thinks.

He doesn't think that charter flights will be cancelled, which was discussed earlier. In his opinion, these measures shift the responsibility for delivery of passengers from the ''problematic'' airline to the ''healthy'' one that can also have problems due to the additional volume of carriages. In turn, increased fines and responsibility for carriages will help air carriers be more punctual.

''It is obvious that it is reasonable to increase the responsibility of air carriers for delays. Yes, it won't allow to eliminate the source of all the problems but make airlines' management be more careful and responsible while creating the flight programme. It can lead to a deficit of capacities at the peak in summer and, consequently, to a growth of prices for carriage. But it is better to fly without delays and earn more than constantly fail clients and have no money in the end,'' thinks the executive director of AviaPort.